Remember the Feast of Trumpets, and God Will Remember You!
Don’t miss out on the meaning of this momentous holy day!
By John Amos • September 1992 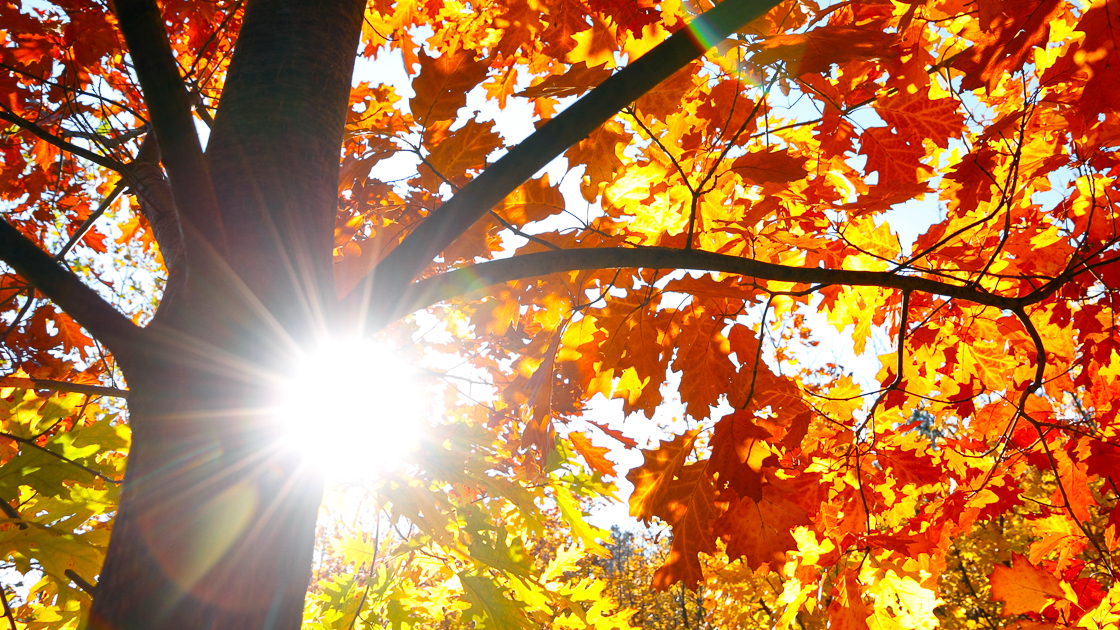 Another summer is drawing to a close in the Northern Hemisphere while winter begins to make its exit on the other side of the globe.

We in the Philadelphia Church of God, scattered around this world like salt upon the Earth, now eagerly anticipate the great Feast of the Family of God—the Feast of Tabernacles. We will once again congregate where our Father has placed His name in order to act out the meaning of the Millennium, when Jesus Christ will rule with His Family over the Earth. The Feast pictures the time when Christ will usher in peace and prosperity that the world and its dwellers have never experienced, the great Kingdom of God on Earth. “Thy kingdom come. Thy will be done in earth, as it is in heaven” (Matthew 6:10).

The Feast of Tabernacles will be a time of great rejoicing, praising God and renewing our brotherly love for one another. Many will search the crowd of Feastgoers, looking for former friends who have departed the Laodicean church to be where Christ is now leading.

In my personal experience of over three decades of Feasts, somehow most of us seem to look beyond the festival that heralds the single most important event ever to take place in the history of this planet! The day that makes the time of being “at one” with God (Atonement) and the Feast of Tabernacles possible. It seems most of us have a tendency to look past this particular feast day that will live in the memory of every member of God’s Family for eternity!

The advent of that feast day will be charged with emotion and even terror for most of Earth’s inhabitants. It will be a day of cataclysmic events; when the Earth will reel to and fro with seismic jolts. Great hailstones will rain from above. Men’s hearts will fail them for fear. The seas will roar with mammoth tidal waves, and the whole creation will groan in the pains of the impending birth of God’s Kingdom!

“Who hath heard such a thing? who hath seen such things? Shall the earth be made to bring forth in one day? or shall a nation be born at once? for as soon as Zion [God’s Church] travailed, she brought forth her children” (Isaiah 66:8).

The feast day to which I refer will be a day of great black clouds and gloominess and, finally, the rending of those clouds, signaled by the ear-splitting, bone-penetrating blast of silver trumpets and blinding atomic lightning in the skies, flashing from the eyes of Him that sits astride a great white stallion. It’s the King of kings and Lord of lords, ready with His saints to make war on Satan and those deceived nations he has brought to this very day! This war will finally be the conflict that ends all wars!

“And I saw heaven opened, and behold a white horse; and he that sat upon him was called Faithful and True, and in righteousness he doth judge and make war. His eyes were as a flame of fire, and on his head were many crowns; and he had a name written, that no man knew, but he himself. And he was clothed with a vesture dipped in blood: and his name is called The Word of God. And the armies which were in heaven followed him upon white horses, clothed in fine linen, white and clean” (Revelation 19:11-14).

By now you probably know I am referring to the great Feast of Trumpets!

The profound meaning of this feast can easily be glossed over in the glow and anticipation of the seven-day festival called the Feast of Tabernacles.

I don’t believe that any of us consciously think that way. But we are still carnal people in many ways, and God insists that we become more spiritual in our appreciation of all of His holy days and their meaning. Paul said we must all begin to evaluate as God does. “Let this mind be in you, which was also in Christ Jesus” (Philippians 2:5).

God first introduced the Feast of Trumpets to the nation of Israel after the Exodus, on the first day of the seventh month. God initiated the beginning of the civil calendar, or civil new year. It was, and still is, a high holy day accompanied by the blowing of the trumpets. As in all seven of God’s holy days, there is a commanded assembly (Leviticus 23:23-25).

This special holy day also forecast the greatest event ever to take place. At the time of the Exodus, it was thousands of years away. But today, it’s just a precious few years ahead.

It will be a day of reckoning for the world and a day of great jubilation for God’s true saints. The saints will be resurrected into the God Family. “For since by man [Adam] came death, by man [Christ] came also the resurrection of the dead” (1 Corinthians 15:21).

Notice verse 23: “But every man in his own order: Christ the firstfruits; afterward they that are Christ’s at his coming.”

The use of trumpets emphasized the particular importance of an event or day. God used trumpets to marshal the camp of His people to certain action. We are to be aware and listen for the trumpet that God’s leader, His chief priest or pastor general, sounds. We should also listen for the trumpets of other ministers of the Philadelphia Church of God as orders are given (Numbers 10:1-3, 8).

We are now in a type of Gideon’s army, fighting a type of civil war against the treacherous attack on God’s Church by the Laodicean administration. We have the lamp of Christ to guide us. That powerful trumpet message is being blown by the Key of David program and the Trumpet magazine. God’s truth and His Spirit will be ever present and prevail in victory over the strong delusion of the Laodicean Church. God’s Laodicean Church has actually become His enemy (Micah 2:8). We are also being prepared to fight alongside Christ at His Second Coming on the day of Trumpets (Matthew 24:29-31).

The nation of Israel became quite familiar with blowing the trumpets. They had experienced firsthand the piercing sound of the trumpet as it became louder and louder in their ears at Mount Sinai. God thundered the Ten Commandments, and the people trembled (Exodus 19:16-18).

Today, our brothers and sisters in the Laodicean Church are turning their backs and are closing their ears to the trumpet and the commandments. Their “priest” teaches them that the sound of the trumpet is far in the future (Matthew 24:48).

Do we eagerly look forward to a full feast of spiritual food from His table on God’s holy days; on His Feast of Trumpets that tells us of Christ’s very return?

Pray that we will be accounted worthy to receive such a rich spiritual feast on that day of Trumpets!

Without instruction on that day, we won’t be able to have “at-one-ment” with God just nine days later. Nor will we be able to fully partake of the great eight days of feasting starting five days after Atonement. And will we be able to understand prophecy? Christ’s future Bride has to comprehend prophecy (Revelation 19:10).

The Feast of Trumpets is the key that unlocks the Millennium. It begins the sequence of events that put us at one with our God and removes the destroyer. It ushers in the government of God and His spirit-ruling Family. “And the seventh angel sounded; and there were great voices in heaven, saying, The kingdoms of this world are become the kingdoms of our Lord, and of his Christ; and he shall reign for ever and ever. And the four and twenty elders, which sat before God on their seats, fell upon their faces, and worshipped God, Saying, We give thee thanks, O Lord God Almighty, which art, and wast, and art to come; because thou hast taken to thee thy great power, and hast reigned” (Revelation 11:15-17).

We can’t carelessly relegate the Feast of Trumpets to just another day to give an offering and then get on with the fast to sort of punish ourselves before the “fun” starts at the Feast of Tabernacles. If we allow ourselves to drift into that contemptuous attitude, then we will not be accounted worthy to escape His wrath at His coming! (Luke 21:35-36). He won’t count us worthy to be born into His Family.

The Feast of Trumpets is a vital link in the prophetic fulfillment of God’s plan for His Bride and for all who will be born into His Family.

The Feast of Trumpets is the fourth holy day out of seven for the year. Four is the number of new beginnings. The day of Trumpets sounds the beginning of the new age of the rulership of Christ and His wife—the Family of God. All of His great saints of the past will be resurrected on that day (1 Thessalonians 4:16). On the day of Christ’s return, all of our beloved teachers of the past who taught the Word of God will be there: Moses, David, the prophets, the apostles—and all the loyal saints of God.

Remember, God uses the trumpet as a warning device!

God used the prophets to warn His Church in the wilderness and to warn the world. Isaiah, Joel, Amos, Hosea, Malachi, Ezekiel and others were to use their voices, which at that time were their instruments of communication. They were to lift their voices up on high to warn the people and to show them their sins and a way to escape disaster. Study these scriptures: Isaiah 58:1; Hosea 5:8; Joel 2:1; and Amos 3:7-9.

The Philadelphia Church of God is to warn the Laodiceans and the world. In so doing, we are fulfilling the commission of Ezekiel as the watchman.

How can we as a body do that work without the full, rich meaning of the Feast of Trumpets inculcated into our very being?

Look forward to the messages brought to you on God’s pivotal holy day, the Feast of Trumpets. It should be a day of deep emotion for us all—a day of great anticipation for the return of Jesus Christ!

“For the Lord himself shall descend from heaven with a shout, with the voice of the archangel, and with the trump of God: and the dead in Christ shall rise first: Then we which are alive and remain shall be caught up together with them in the clouds, to meet the Lord in the air: and so shall we ever be with the Lord. Wherefore comfort one another with these words” (1 Thessalonians 4:16-18).

The Feast of Trumpets represents the greatest day in the history of this Earth: the day of Christ’s return and the resurrection of His saints. Don’t miss out on the meaning of this momentous holy day!

From the Archives: Royal Vision, September-October 2001