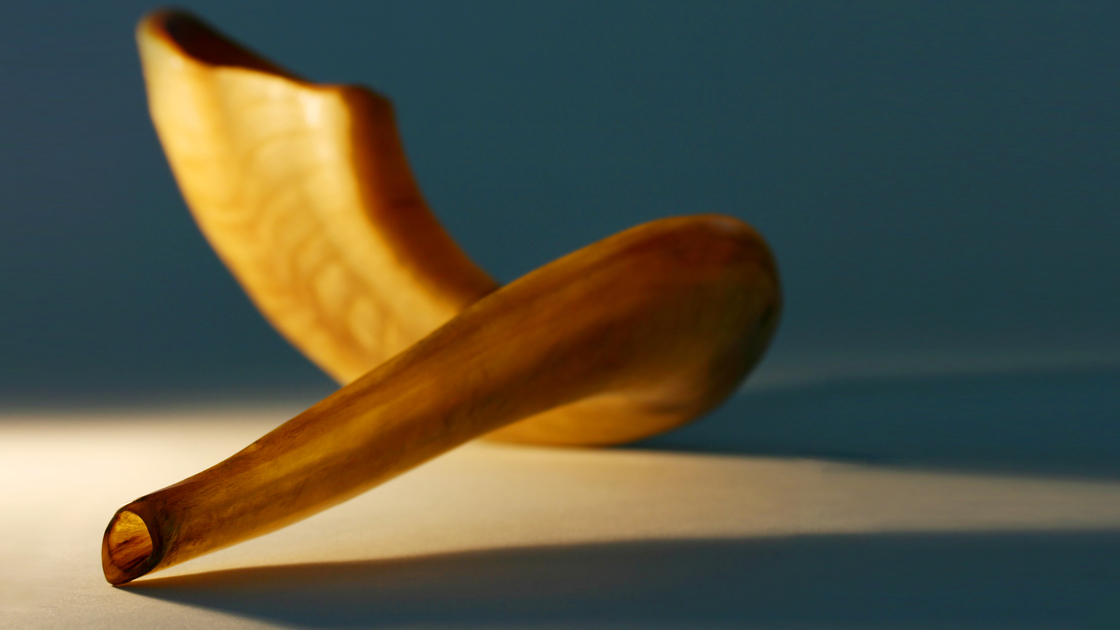 The Feast of Trumpets pictures the most important event in world history—the Second Coming of Jesus Christ!

Your Bible reveals in detail the dramatic return of Jesus Christ in majestic and supreme power to establish the Kingdom of God on Earth. Yet the world seems to understand almost nothing about this prophetic event—or the annual festival that pictures it!

Why not? Because the knowledge of this event was suppressed in the very first century of the Church by a false religious system. (For more information request our free booklet, Pagan Holidays—or God’s Holy Days—Which?)

The feasts God commands Christians to observe, which picture God’s plan of redemption for mankind, were replaced with holidays that mixed pagan traditions with Christ’s, like Easter and Christmas.

So what does this “Feast of Trumpets” picture?

How Trumpets Were Used

To understand the meaning of this feast day, it is important to understand how trumpets were used in Old Testament times. The literal blowing of trumpets was central to the religious life and safety of ancient Israel. In Numbers 10, God instructed Moses to make two silver trumpets and even specified their design. The trumpets were used to announce the feasts and new months, call assemblies, signal the starting or stopping of a journey (while Israel was in the wilderness), or to give warning of impending war (Jeremiah 4:19; Joel 2:1). In other parts of the Old Testament, the sounding of the trumpet represents warning messages given by God’s prophets (Isaiah 58:1).

Most importantly, the trumpets were blown on the Feast of Trumpets as a sign of great rejoicing (Psalm 81:3). The Feast of Trumpets always occurs on the first day of the seventh month on the Hebrew calendar, Tishri 1. In modern times, this festival has become known as the Rosh Hashanah, or the Jewish New Year.

That is how the Feast of Trumpets was kept: with the blowing of trumpets, a holy assembly and a time of rejoicing. But what does this represent? This feast pictures end-time events, soon to occur!

The description of how God uses trumpets begins with the opening of the seventh seal (Revelation 8:1-2). Seven angels are given seven trumpets to blow. The blowing of the trumpets represents God’s intervention in world affairs immediately after the people of the world experience the Great Tribulation and heavenly signs (Revelation 6: 9-14). The successive angelic trumpet blasts and their associated world-shaking events represent God’s final warnings to a sin-soaked world.

Notice what happens with the blowing of the first four trumpets. After the blowing of the first, hail and fire mingled with blood are cast into the Earth causing a third part of the trees to be burnt up. After the second angel sounds his trumpet, a great mountain burning with fire is cast into the sea killing a third part of all the sea creatures and destroying a third of the ships on the sea. All sea traffic is halted because of the massive number of floating, dead and decaying sea creatures. When the third angels sounds, a third part of fresh water is made bitter, and men die from drinking that water. The fourth angel’s trumpet blast blackens one third of the light of the sun, moon and stars (Revelation 8:7-12).

These horrible plagues are released on the Earth by a righteous and wrath-filled God, pleading with mankind to repent of its rebellious ways—ways which will ultimately lead to total destruction. This destruction can be seen in the final three trumpet blasts. The last three trumpets symbolize the last three final major battles, each so horrifying that they are called woes by God. A trumpet blast is a symbol of war. Christ comes at a time of worldwide war—when the nations are angry!

The fifth and sixth trumpets deal with a titanic war between the remaining superpowers of the world. The beast power, or the final resurrection of the Roman Empire in Europe, clashes with Asian hordes led by Russia and China (Revelation 9). The beast power of Revelation 17 strikes preemptively with weapons of mass destruction in an all out struggle for complete world domination. The eastern powers survive and launch a terrifying counterattack with a 200-million-man army. It is this mass destruction from such battles that would leave all life destroyed if Jesus Christ didn’t personally intervene (Matthew 24:22).

At this point, the seventh trumpet blasts!

This blast announces the return of Jesus Christ and the establishment of the Kingdom of God on the Earth (Revelation 11:15)!

But mankind still rebels! The seventh trumpet blast also announces the pouring out of the seven last plagues discussed in Revelation 15 and 16. With these last plagues a merciful God completes His wrath upon a sinning mankind. The armies of the world will stop fighting each other, gather at Armageddon and march down to battle Christ near Jerusalem. In the end, Christ will conquer the angry nations who fight against Him (Revelation 11:18-19). All organized military resistance to the Kingdom of God will be crushed!

Then a new age filled with happiness, abundance and true peace will be established for all peoples of all nations. This is the hopeful vision contained in this great and dreadful day.

The Feast of Trumpets is a time of great rejoicing for God’s Church because it also pictures the time of the resurrection of the Saints (1 Corinthians 15:51-52; 1 Thessalonians 4:16-17). All of Christ’s truly converted and faithful servants—the dead in Christ and living Christians—will be resurrected, or changed into spirit beings. They will meet Christ in the clouds on His way down to Earth, before Christ lands on the Mount of Olives and the last battle occurs (Matthew 24:30-31; Zechariah 14:4). These saints will be born again into the very family of God at the blast of the seventh trumpet (John 3:3). This is a cause of great celebration on this feast day.

The Feast of Trumpets is, in a sense, the focal point, the central, pivotal Holy Day in God’s plan. It not only pictures the terrible time of misery and war to befall this generation, but the coming of Christ to resurrect the firstfruits from the dead and to rule the Earth.