Chicago-Style Fun Outside the Windy City
By Ashley Privratsky • Sep. 3, 2021 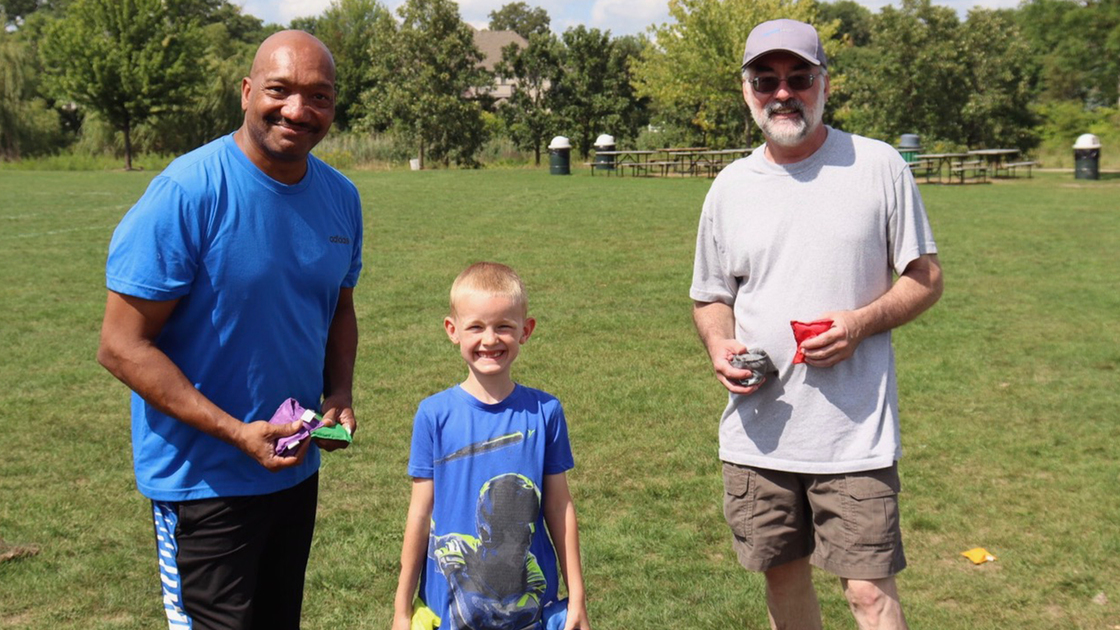 “The game was so fun, and it felt like we were all little kids again,” recounted Joseph Watkins, who hit two home runs and pushed his team to victory.

“I especially enjoyed the softball game, and I think we all learned a lot about the game and being a part of a team on and off the field,” said Tiera Harkness. “We don’t get these opportunities often, so it was wonderful to see so many show up and take advantage of these times we have to get to know one another better.”

Later in the day, members showed their creativity and flying skills in the first “Chicago Kite Classic.” Attention was lifted to the skies when 11 beautifully colored kites rose into the air above a soccer field. The pleasant 82-degree weather accompanied by a steady breeze helped the kites soar and provided for some healthy competition.

“I loved seeing so many get involved in the kite flying from the little ones to the old ones,” commented Chicago member Lorraine Stewart. “God provided the wind to fly them just when we needed it.”

Jessica Goddard won the vote for the most creative kite and was presented with a trophy, delayed only momentarily as members worked together to retrieve her kite from a tree. Alphonso Mallit won the contest for the longest-flying kite of the day, with his kite still aloft as he received his trophy.