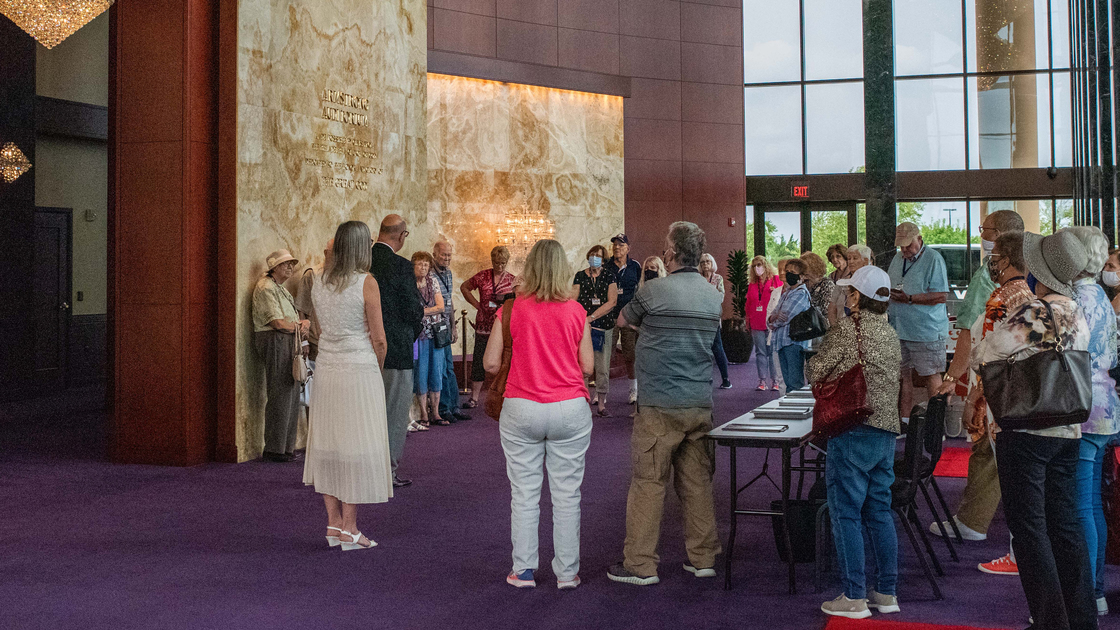 EDMOND—The sound of brakes cut through the peaceful afternoon air as a huge touring bus pulled to a stop curbside on the Philadelphia Church of God headquarters campus on August 17, shortly before dozens of tourists clamored out and walked up and into Armstrong Auditorium.

The group was on a “mystery tour” that had been organized by Village Tours. They had boarded the bus in the morning and visited local attractions and restaurants around the Oklahoma City metro area, each being revealed as a surprise, and culminating with a visit to the auditorium, a place many had never visited and were unaware of.

Armstrong International Cultural Foundation marketing director Shane Granger and box office manager Corinne Eagle greeted the visitors and provided them a tour of the building, including a visit to the theater, where foundation staff member Mark Jenkins performed a set of jazz pieces.

“We have been collaborating with Village Tours for many years,” Granger said, “and they are always a great way to introduce people to the foundation, college and PCG in the light of the performing arts series. Usually two thirds of the visitors have never heard of us.”

The Tuesday tour was the first of three, each averaging 35 guests, with the second occurring on August 20 and the third on August 25. For more about the auditorium, concert series and foundation visit ArmstrongAuditorium.org and Armstrong.foundation.