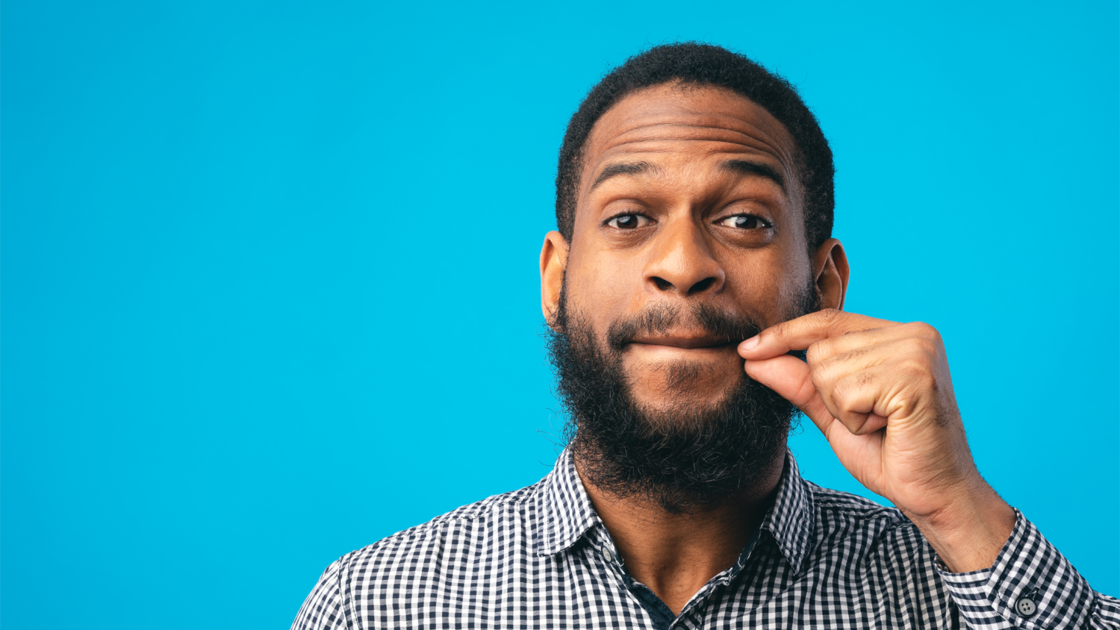 “To be or not to be, that” … is the beginning of a famous soliloquy, where one person speaks by himself for a long time. In theater, a good soliloquy is considered the peak of achievement for a playwright or an actor.

In conversation, however, a soliloquy is downright irritating.

Do you realize there are times when it’s best to just keep your mouth closed? Wise King Solomon wrote these famous words in Ecclesiastes 3:1: “To every thing there is a season, and a time to every purpose under the heaven.” Now read verse 7: “[A] time to keep silence, and a time to speak.”

There is a time to keep silence—to allow the thought on your mind to simply remain there, unspoken.

Have you ever given a long monologue in a conversation that was supposed to be a dialogue? Have you ever enjoyed the selfish pleasure of vainly flexing your conversational muscles in the mirror of hapless bystanders? Do you, now and then, just “let it flow,” where everything that comes into your mind comes out of your mouth?

Perhaps it is time that you learned to exercise a simple, effective and vital personal tool: silence.

I’ll give you a guaranteed formula for learning how to remain silent. (As you may imagine, it’s not complicated.) But first, let’s look at some specific situations that apply as “time to keep silent”—where it’s best to just “zip it.”

When to Shut Up

1. When you are being instructed

Has this ever happened to you? Someone’s trying to teach you something, and thoughts shoot through your mind that are just begging to come out of your mouth. I know that already. Is that really true? Who do you think you are? That’s not what I heard.

Questions are good—even objections, under certain circumstances. But don’t let them get in the way of hearing what you’re being taught. Generally, when you are being instructed, it is time to close your mouth and listen.

Here’s the biblical principle: “Bow down thine ear, and hear the words of the wise, and apply thine heart unto my knowledge” (Proverbs 22:17). Other scriptures are similar: for example, Proverbs 4:1; 5:7; 8:6; Ecclesiastes 5:1-2. Obviously, if your mouth is open, you are not hearing what is being said.

2. When you know something condemning about another person

Ooh—this one can be tough. But your mom is right: “If you can’t say something nice, don’t say anything at all.”

Why? Here are a few reasons. You probably just want to make yourself feel better. You don’t know the whole story. If you were that person, you would not want your dirty laundry aired in front of others. It’s nice to work through an embarrassing problem without everyone knowing about it.

Give the person a break. When you know someone’s made a mistake, keep it to yourself.

(Realize, however, that there is a time when you do need to speak up about certain problems—either to the person himself or to an authority. That is the subject of another article. Here we are basically talking about gossip.)

3. When you have an urge to exalt yourself

Ah, ah, ah! Don’t do it. It’s an easy trap to fall into: You do something good, you want people to know, right? Someone challenges your skill or authority on something, you want to prove them wrong, don’t you?

But remember, no one likes a braggart—except the braggart himself. Proverbs 27:2 says, “Let another man praise thee, and not thine own mouth; a stranger, and not thine own lips.” In the long run, people will respect you more if they don’t hear you praising yourself. Don’t be your own biggest fan.

There’s even a proverb that gives specific, very practical instruction if you ever fail in this area. You’ll like this. Proverbs 30:32: “If thou hast done foolishly in lifting up thyself, or if thou hast thought evil, lay thine hand upon thy mouth.”

4. When you don’t know what in the world you’re talking about

Better to have people think you’re ignorant than to open your mouth and remove all doubt.

Here is a truism that anyone would do well to remember: “Even fools are thought wise if they keep silent …” (Proverbs 17:28; New International Version). It was once said of a man who must have taken this proverb to heart, “This learned man is silent in seven languages.” Keep your mouth shut, and no one has to know how little you know. That also makes you a better listener and puts you in a position to learn more.

When you do talk, strive to be someone whose words can be trusted. Know of what you speak. Realize that the more you say, the more information you are accountable for.

Solomon must have had practical experience with vain babblers when he said, “In the multitude of words there wanteth not sin: but he that refraineth his lips is wise” (Proverbs 10:19).

5. When you are being corrected

This is the hardest of all. How powerful is the urge to voice our objections when someone is telling us we did something wrong!

But the dangers of not hearing correction are strong. Much better to keep quiet and listen. Ecclesiastes 7:5 advises, “It is better to hear the rebuke of the wise, than for a man to hear the song of fools.”

If a person is doing something wrong, he must be set straight, or he will hurt himself and others. But what happens if he never heeds when someone gives him correction? “He, that being often reproved hardeneth his neck, shall suddenly be destroyed, and that without remedy” (Proverbs 29:1). That means that could be the end of him—permanently!

Get in the habit of keeping quiet and really hearing when you are being corrected. It will make your life so much easier! “As an earring of gold, and an ornament of fine gold, so is a wise reprover upon an obedient ear” (Proverbs 25:12). Make sure you have an obedient ear when it comes to correction!

In fact, even if the correction is unjustified, even if you are being falsely accused, it is usually better not to raise a ruckus. Notice Jesus Christ’s example when He was standing trial: “And he answered him to never a word; insomuch that the governor marvelled greatly” (Matthew 27:14). Be strong. Keep your cool, and keep your mouth closed.

How to Shut Up

Now that we know why we ought to be quiet under certain conditions, let’s go over the formula for learning how. Here’s the art of shutting up in four simple steps.

Admitting you have a problem is half the battle. The first thing you must do is catch yourself speaking up in a situation where you should have “zipped it.” Maybe you said something nasty about someone else, or found yourself running at the mouth in a conversation. Admit it!

In a similar situation, perhaps the same one, feel the power of withholding a comment you could make. You’re in a conversation; you detect “one of those thoughts” on your mind. Now, the test: Let it remain there! Don’t say it!

You will be amazed. This procedure is painless. In fact, I guarantee you will feel a certain sense of accomplishment. An image might flash through your head that you are a wise old chief who hears a matter and then just sits there, puffing on his pipe, obviously deep in thought.

Step 3: Talk, but keep it crisp

You can’t go around silent all the time. No, there is “a time to speak” as well. When you have something you know will be beneficial, go ahead—indulge. But remember: Keep it crisp. The age-old advice in show business is this: “Know when to get off the stage.”

Larry King, who is known worldwide as a talk-show host on CNN, says that as a general rule, the more people there are in your conversational group, the briefer your contributions should be.

In conversation, ask open-ended questions, and try with all your might not to interrupt. You’ll find yourself becoming genuinely interested in the other person, and it will become much less effortful to be quiet and let him or her talk. A man once said, “A good listener is not only popular everywhere, but after a while he knows something.”

This is the culmination of the formula, because true listening enables you to become a more genuine and sincere person. Your desire to gossip about others will diminish. Your urges to exalt yourself will wane. Selfless sincerity in conversation is ultimately the surest formula for being able to effectively use silence. You may mess up the other points, but get this one right.

There you have it! A simple guide for discerning those situations where not honesty but silence is the best policy. And you have a formula for putting the art of shutting up to use in your life. See if this doesn’t come to practical use on virtually a daily basis!

Practice the tool of silence, and believe it or not, it will help improve your speaking as well. You’ll already be in the habit of learning to control what comes out of your mouth. That is a major part of growing up. “The heart of the wise teacheth his mouth, and addeth learning to his lips” (Proverbs 16:23).

But always remember that, sometimes, “to speak or not to speak”— that is the question.