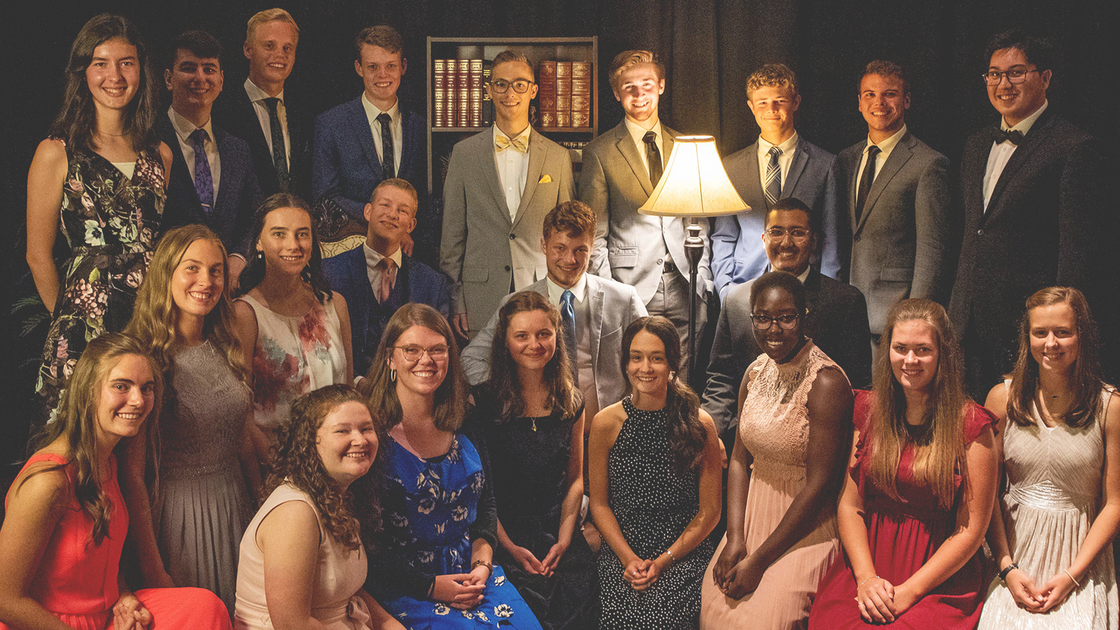 Sophomores led by Samuel McKoy and Rebecca Lorenz had decorated the John Amos Field House gym as an ornate 19th-century library with the theme “study to show yourself approved” (2 Timothy 2:15) and arrangements of open books, twinkle lights, white hydrangeas and green peppered eucalyptus. A photo backdrop included a bookshelf filled with historic and classics literature volumes.

All accepted freshmen were able to arrive prior to orientation and the reception in spite of difficult government restrictions in several cases. The speeches they delivered were humorous and heartfelt. Some said they are aiming to graduate with an academic distinction, others emphasized how grateful they were to attend Armstrong College, and others thanked their parents and other students for encouraging them to push themselves and apply. Each student also read the piece of advice from either a minister or alumnus, that had been written on cards at their tables. Afterward, dean of students Stephen Flurry emphasized the awesome opportunity that the college is for young people and said that students who wholeheartedly participate in the program are richly blessed by God.

After a multitude of photos, freshmen gathered to continue the tradition of a class walk around campus after the reception, while the other students began cleaning up and turning their attention to classes which began at 8 a.m. the following morning.