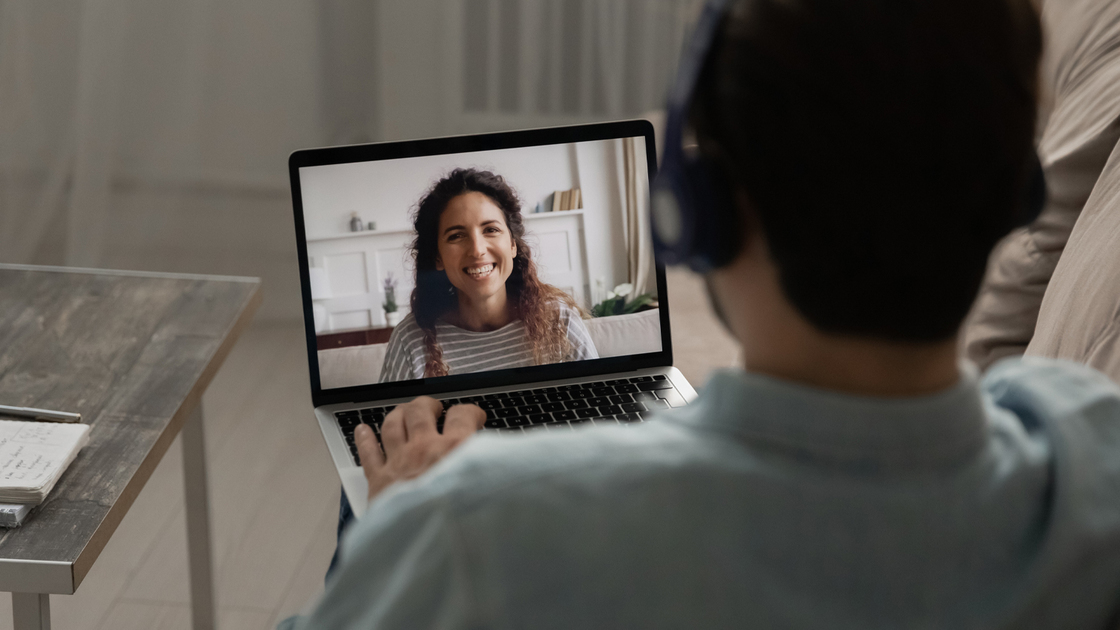 God’s Church is spread out over the globe. Many singles face the challenge to get to know each other over long distances. Whether this leads to marriage or not, it can be used as a wonderful tool to strengthen God’s Family.

As we will see, one example of someone who used the challenge of long-distance dating as an opportunity was the late Herbert W. Armstrong.

Dating in person, of course, is ideal and necessary to really get to know another person. Just think about the many scenarios that one encounters within one’s daily routine, among friends and acquaintances—you can see how the other person interacts in those situations. You can do a variety of activities together such as visiting a senior, singing karaoke, playing tennis, going rock climbing, serving together at a yard sale or other church function, playing a board game, or cooking a meal together. All these activities contribute a lot to getting to know the other person. They reveal various facets of the person’s character and how a person acts around different people or when put under stress.

But you could do all these activities together and still not really come to know how a person thinks or what values they hold dear.

Long-distance relationships are often quite different. But these relationships can also reveal a person’s innermost thoughts, topics of interest, ideas and ideals. And they may also provide the opportunity for two people to get to know each other more deeply on an individual level.

In Chapter 9 of his autobiography, he recounted the story of how he met his future wife: Loma Dillon.

When he first met Loma, he learned about her joyous demeanor, her attitude of heart, and some aspects of her character. He noted her “sound-minded good sense and high ideals,” her “superior intelligence,” that she was “lacking in sophistication,” and he was impressed by her “strength of character.” On their first date, he took her to a luncheon and to the movie theater, of which he only remembers holding her hand. The next day he spent some more time with her and the two went for a walk.

But due to work responsibilities, Mr. Armstrong had to return to Chicago and “dating was continued by mail.” Mr. Armstrong commented: “I must have had her a great deal on my mind, for I wrote to her almost every day, and received several letters a week in return.” This of course was before phone calls were a feasible means of communication. Later on, in-person dating experiences included going to the park and visiting an amusement park.

But it was through mail that Mr. Armstrong really got to know Loma’s thoughts on a variety of subjects and even some of her religious beliefs. Mr. Armstrong wrote: “As we continued the acquaintance by correspondence, we exchanged ideas on many subjects. I wanted to know what she was interested in—what she believed—what her ideas were. She seemed to have high ideals, and I discovered that she was seriously concerned about religious truth—more so than I. I had virtually no interest in religion.”

He also learned about her morals: “In our correspondence, we had exchanged ideas and ideals on such subjects as necking. Of course I had never, as yet, made any advances toward her in this direction—except for holding her hand a few times. Her letters said she didn’t believe in necking.”

Although Mr. Armstrong could not visit her as often as he wished, he also showed no regret for this phase in his dating life. Instead, it helped him to get to know his future wife in a unique way and enabled him to deeply think about his own life and how to share his thoughts with her. In their friendship, they were geographically distant but they were increasingly drawn to each other.

Mr. Armstrong later recounted that he believed God had a hand in his dating life.

In my personal life, I have had many in-person dates at college and afterward in various circumstances and encounters. Before and after college I have also had many online dates—exchanging e-mails, occasional letters and many video calls.

The geographically distanced dating experience is quite different from connecting with people in person. If a single doesn’t live near you, you likely won’t run into him or her at Sabbath services or a Church activity. You also likely won’t meet in a group setting or have a friend introduce you. Unless effort is exerted, you will likely not meet at all.

What’s more, if you don’t follow one online date with another, you may not see that person again for years. Online dates cannot be left to chance. They always involve planning and effort; otherwise the communication dies down quickly.

I have been blessed to be part of a large congregation and encounter single ladies regularly on weekends and weekdays. But anytime I wanted to meet someone outside the Edmond singles community, effort had to be exerted. But the extra effort has come with additional blessings.

In various online dates, I learned a lot about the single ladies I was dating. I could not take them to restaurants, for walks in beautiful sceneries, for picnics or other trips. The environment of our dates was almost always the same and the dates were almost always one on one. This forced discussions to center more around our own experiences rather than the environment we were in. It is also more difficult to incorporate creative-dating ideas.

Typical discussion points were the things we did that day before chatting, the challenges we encountered, the things we studied or read, the messages we heard, thoughts and beliefs we held, or the news. On online dates, one tends to ask more questions about the other person and work harder to find common interests to discuss.

But I noticed that all those dates helped me learn things about the other person that I may not have otherwise learned, even if I had dated them in person.

As I started dating one single lady from overseas more frequently, it also opened the way for deeper discussions and the addition of other creative aspects.

For example, we took the advice of a friend and decided to read and discuss the Autobiography of Herbert W. Armstrong together. At one point we invited our families to join one of our chats. On other occasions we’ve played online games such as chess, Yahtzee and Hearts. On one date, we called up a senior. Another time, her grandmother joined the conversation. We played musical instruments together and even built a musical instrument, a 3-D wooden puzzle, on a turnabout date. We read and discussed many articles from the Single-Minded for God booklet, which forced us not only to read more attentively but also to share our thoughts in a more organized manner. We frequently discussed the Trumpet Daily hosted by Mr. Stephen Flurry and news events we personally found interesting. The geographical separation also opened up discussions of how our different countries are dealing with ongoing crises.

Our dating activities most often centered around sharing our personal thoughts on all those subjects. All those things of course could also be done during in-person dating. But it was often the need for creativity and the need to sustain long conversations that inspired things we would probably not have done otherwise. In general, I found that online dates forced conversation to be more focused.

Two of the primary goals of dating are to build God’s Family and to develop one’s own personality. Online dating can serve that purpose in a unique way. For me it meant gaining a friend whom I would otherwise probably not have gotten to know. It meant pushing me beyond what I thought could be done on online dates. It ended up refining my personality and added an exciting chapter to my life.

What will it do for you?