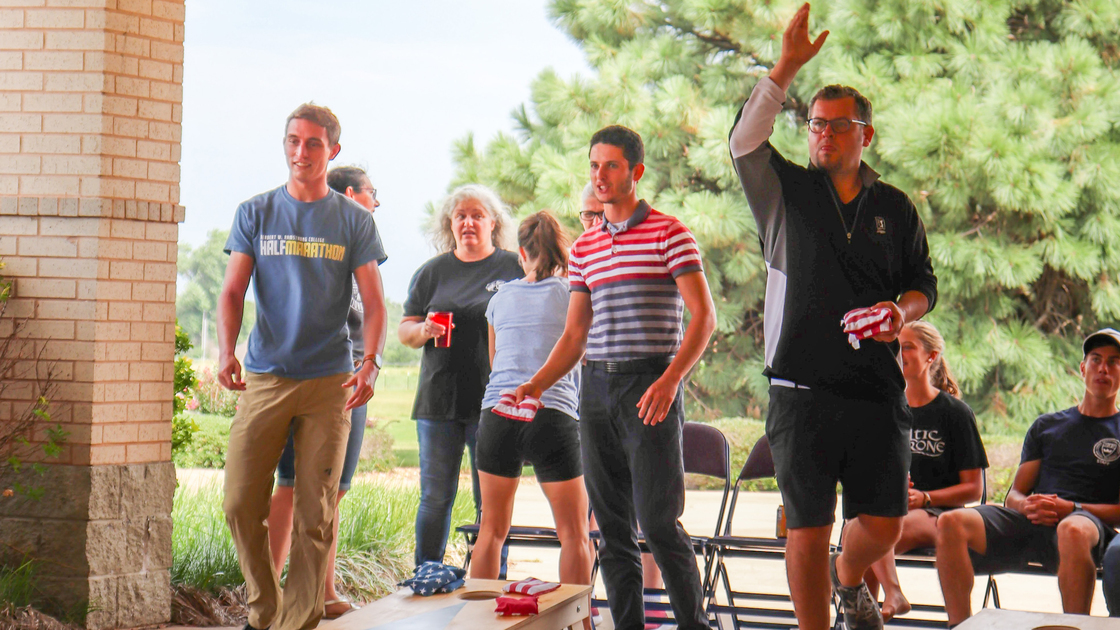 EDMOND—After a morning of intense competition and corn dust, partners Eric Orleans and Elijah Burks emerged victorious at the second Edmond cornhole tournament on August 8. In mid-morning, 38 teams gathered under the carport of the John Amos Field House to participate in what some have characterized as the “Midwest’s favorite game.”

Organizer Steven Hercus said, “Cornhole is a great congregational activity because anyone can play it, and you mix with lots of different people.”

As the tournament began narrowing down to the final rounds, the group broke for a potluck and fellowship. After the final corn kernel bag was thrown and the winners declared, the champions were presented with two shining trophies.