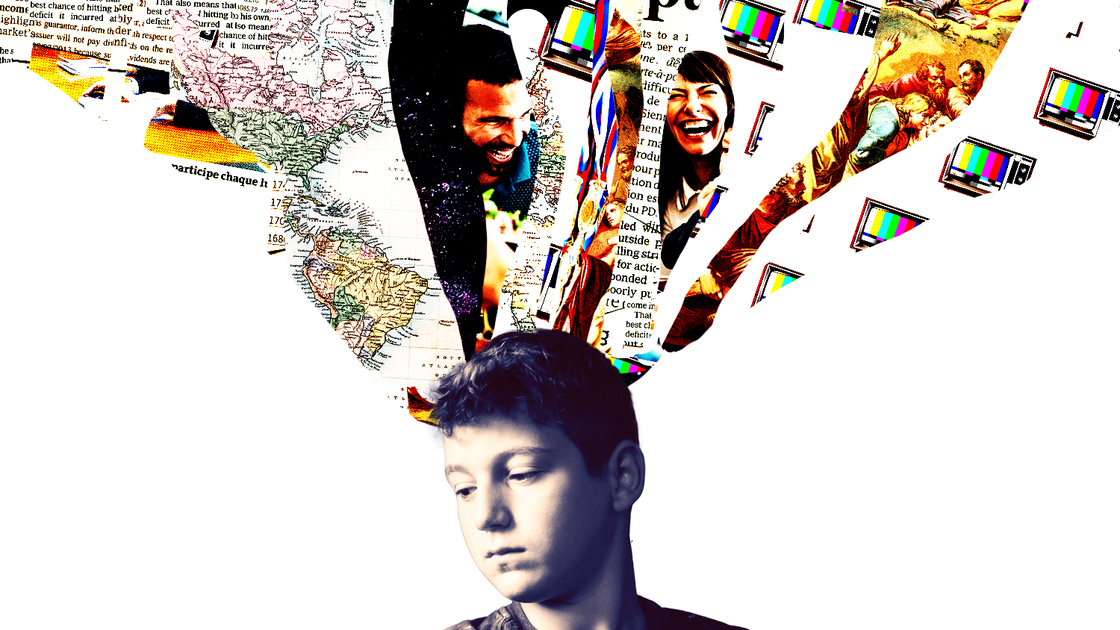 There are many things that parents shelter their children from seeing on television: sex, violence, blood and swearing are a few. Most people, however, don’t think twice about letting young people watch children’s movies, both animated and not. These movies are, after all, specially designed for them and tend not to have certain problems that adult movies may have. But these $150 million movies also promote specific messages meant for you. Many of those messages are about how to achieve victory, both in life and in whatever sort of competition the latest movie features.

Journalists call one aspect of this “magic feather syndrome.” That’s a reference to Dumbo, who originally thought that a magic feather gave him the power to fly until he was told that the power was within him—and his gigantic ears—instead. As Luke Epplin put it in The Atlantic in 2013,
“[T]he characters must relinquish the crutch of the magic feather—or, more generally, surmount their biggest fears—and believe that their greatness comes from within.”

“Examples from the past decade abound,” the article continues, “[A] fat panda hopes to become a Kung Fu master (Kung Fu Panda); a sewer-dwelling rat dreams of becoming a French chef (Ratatouille); an 8-bit villain yearns to be a video-game hero (Wreck-It Ralph); an unscary monster pursues a career as a top-notch scarer (Monsters University). In the past month alone, two films with identical, paint-by-numbers plots—Turbo and Planes—have been released by separate studios, underlining the extent to which the magic-feather syndrome has infiltrated children’s entertainment.”

Epplin is right to be concerned about the promotion of self-esteem over hard work. In 1989, I was on a Y.O.U. basketball team, and we were winners. Our coaches told us so. At the end of the season, every member of the team received a medal confirming this obvious truth, which was only slightly blunted by the fact that we lost every single game.

Teens believe this message: that they are winners as long as they are winning on the inside. Thanks to the constant bombardment of this message, many think that believing in themselves is having a good attitude, and they ignore crucial factors like hard work and following instructions.

But there is another aspect to this message: When movies, books and other outside influences tell children that the magic is already there if they just listen to the voice inside them, they are really telling them to not listen to authority: parents, teachers, ministers, etc.

In many cases, the anti-authority message is obvious. Trainers are never helpful beyond telling the characters to believe in themselves, and the people raising these characters are abysmal—especially in Disney movies. Cinderella is under the care of her evil stepmother, Rapunzel’s caretaker is a witch who locks her in a tower, Uncle Scar is not a great substitute father, and the list goes on.

There are a few good parents in Disney movies like these: Cinderella’s dad, Rapunzel’s parents, Simba’s father Mufasa. But in these movies, good parents have one of two qualities: 1) They are dead. 2) They are completely removed from the young person’s life at whatever critical stage they are in. The authority figures that are actually present are not to be trusted.

That is the message that needs to be countered, whether it comes from a movie, a book, or even a friend on the playground: the message that because authority figures are not to be trusted, you should listen to the voice inside you to determine what you do.

Even if you don’t watch those movies, you can still inadvertently absorb these messages, because they are everywhere. A few years ago, my son walked into the room wielding an empty toilet paper roll above his head and making noises. He turned to me and said, “This is my lightsaber, Daddy!”

I thought about this and asked both of my children a few questions. From my questions, I discovered that these precious children, who often have trouble memorizing scriptures and remembering math facts, could perfectly answer any trivia question I asked about Star Wars movies. Neither child had ever seen a Star Wars movie.

I should have known from my own childhood how easy it is for children to receive these messages. When I was six, our home was robbed, so we didn’t have a television for three years. My mom was almost totally opposed to children’s movies, especially Disney movies. Yet, much like Herbert W. Armstrong’s children learning to say, “Aw, that ain’t no good” on the playground at school, I knew all about the various shows on TV and the movies that had come out.

Thus, even if we don’t directly consume entertainment with these messages in them, you can still absorb them in other ways, and you need to counteract those messages. The message that you should listen to the voice inside you is in books and magazines, and even emerges from the mouths of teachers.

A particularly on-the-nose version of this message is a poem by Shel Silverstein—one I first read when I was rather young. It’s called “The Voice”:

There is a voice inside of you

That whispers all day long,

‘I feel that this is right for me,

I know that this is wrong.’

Or wise man can decide

What’s right for you—just listen to

The voice that speaks inside.

Most people really do believe that this is the right message to send to young people—that peace and tranquility would spread across the Earth if only everyone would listen to this inner truth. And so everyone does what they believe is right according to their human hearts. As a parent, I have seen the nature of my children’s hearts and would like them not to make their decisions this way.

God looks inside us too, and He sees a desperately wicked heart (Jeremiah 17:9) and says it’s not in man to direct his steps (Jeremiah 10:23), child or adult. If you want to be led down a wrong path by something desperately wicked, then just listen to the voice inside you.

God recorded the example of ancient Israel in the time of the Judges to show us what happens when every man does what is right in his own eyes—when they listen to the voice inside them.

Judges 17:6 says, “In those days there was no king in Israel, but every man did that which was right in his own eyes.” Commentaries refer to this period of Israel’s history as the “dark ages.” When the people had great “freedom,” they behaved with no sense of right and wrong other than doing what they thought was right. Chaos ensued.

Today, largely as a result of a society that promotes listening to the voice inside us, we live in a time when “freedom” is valued above morality—and, like ancient Israel, we haven’t the haziest idea of how to exercise those liberties in a godly way. Listening to the voice in our hearts has caused a moral stench.

Jesus Christ talked about listening to a voice—but not our own: “My sheep hear my voice, and I know them, and they follow me” (John 10:27). Rather than advise us to listen to ourselves, He said to keep the Commandments (Matthew 19:17). In fact, 1 John 5:3 tells us that following the instructions God gives us is the very expression of His love.

The desperately wicked tone of our own voice is constantly shouting to drown out Jesus Christ. And beyond that, we have another noise to contend with: Satan the devil. He tries constantly to deceive us just as he did Eve in the Garden of Eden, who surely believed she was making her own choice even as she was listening to Satan’s voice. He succeeded that day, and Revelation 12:9 tells us just how successful he has been since: He deceives the whole world. Called the “prince of the power of the air” in Ephesians 2:2, he is always broadcasting his thoughts, attitudes and impulses. All too often, we listen to him instead of God, judging for ourselves which of the two is right.

Mankind always believes he knows better than God. This idea that we inherently know what is right and wrong has been passed down from parent to child ever since Adam and Eve rejected God’s revelation, taking the prerogative of deciding right from wrong for themselves. Every war, every disease, every evil thing that has happened in the last 6,000 years has been a result of that decision, a result of the decision that not only could “no teacher, preacher, parent, friend or wise man” decide, but not even God Himself could tell a man the difference between what is right and what is wrong.

When we listen to the voice inside us, we are listening to the same voice Eve listened to—the same voice we all have broadcasting into our minds every day.

The counter message—the message you must learn—is simple: You can rely on God’s voice. It comes, in most cases, through your parents, if they are converted, because they represent God in your lives. The various forms of media will not point you to God, but along with God’s ministry, your parents will. When you need wisdom, fathers and mothers are the people God has given to direct you toward His Word and to make judgments for you. They are the ones that God has charged with training you in the way you should go so that when you are old, you will not depart from it (Proverbs 22:6).

So, with all due respect to Shel Silverstein, I have rewritten his poem:

There is a voice God’s given you

That teaches all day long,

‘I feel that this is right for you

I know that this is wrong.’

No movie, book, or children’s song

Can cause you to depart

From the Word of God your parents

Will inscribe upon your heart.