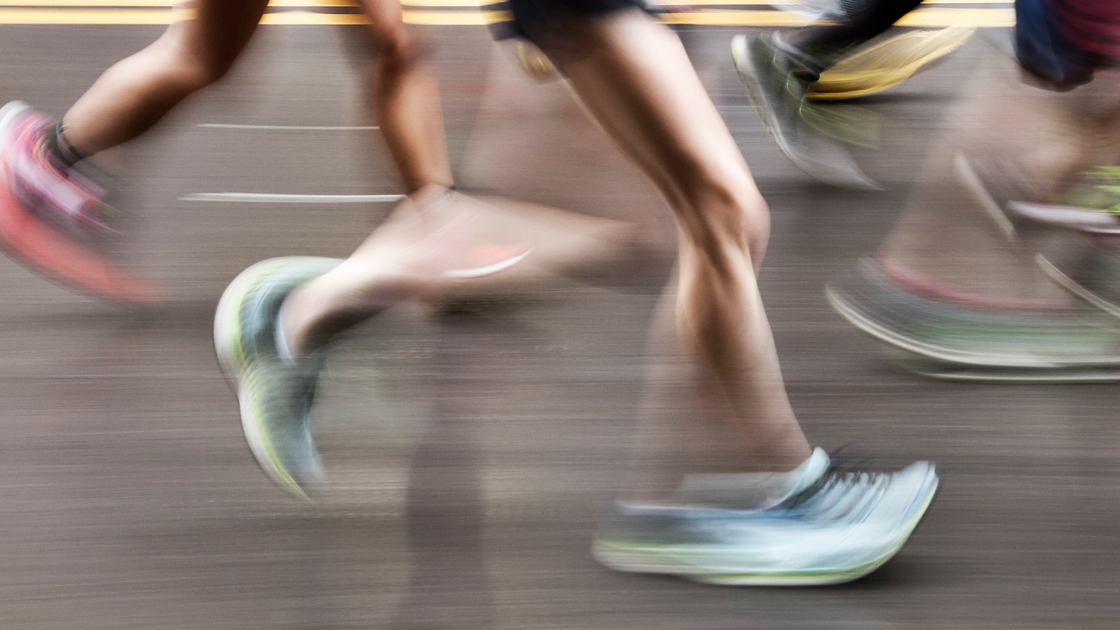 I never liked running. I dreaded the mile at the beginning and end of the school year. I ceded all track events at camp to the sprinters, already having accepted defeat. My older sister Julia, however, whom I spent a lot of time with upon moving to headquarters, ran a lot. She ran marathons, sprinted, played soccer, even called me up after sunset in winter once to ask me if I wanted to go on a run with her. I wasn’t sure we were even related.

But when my family and I went to see her finish her second full marathon, something changed. I looked at my sister, sweating, exhausted after running for four hours straight—too tired to sit down for fear of not being able to get up again—and for some reason decided that I wanted to be like that. I didn’t think I would ever be good at sprinting, so I figured I might as well improve in some other area of running. I decided—at 14 and in ninth grade—that I would run a half marathon before I graduated high school.

Easier said than done. The following year, spring of 2020, the Oklahoma City Memorial Marathon was cancelled due to You-Know-What. That’s all right, I thought. Surely by next year all this will be over, and I can run it then.

I began despairing when next year’s marathon was cancelled as well. I was running out of years of high school to achieve my goal. But maybe I was slightly relieved as well—the pressure to fulfill my promise seemed to be taken out of my hands. Oh well.

Then Herbert W. Armstrong College announced that it would be hosting its own half marathon. It was less than two months away, yet I felt God was giving me a chance. I had said I wanted to do this; now I had to prove it. Julia had promised to run it with me, and having no idea whether there would be a marathon available to run my senior year, I decided this was it. I was going to run the half marathon.

Julia and I immediately began training, though between PE and dance, we were only able to do the longer runs on Sundays once I got off work. But we slowly increased the distance toward the 13.2 miles we’d eventually run together. Throughout the seemingly endless training runs, I took solace in the fact that I could always pause or maybe take a walking break. Finishing was what was important, not my time. It wouldn’t be fun, but I could do this, as long as I was running it with my sister.

Then disaster struck in the form of a marriage proposal.

A week before the half marathon, I got a message: “Hey. So, I’ve got some news. About the marathon this weekend. So [my sister’s friend] will indeed be proposing this weekend. I can’t miss that.”

That was the ultimate wrench thrown into our plans. I was upset, but I would never expect her to miss such an important moment in her friends’ life. She said she would ask another runner if I could run with them, but it still meant I would be running the half marathon without her. Alone.

In the days leading up to the marathon, I was so nervous, I had stress dreams about it. It didn’t help that daylight savings cheated me out of an hour of sleep the night before the half marathon. That morning, I prayed that God would help me through the run, and even give me a running partner—and that I wouldn’t slow them down. Julia had asked another local alumna if she could run it with me, since our estimated finish times were similar. My mom drove me to campus, the runners all warmed up, and at 8 a.m., we set off.

Over two hours later, I stumbled across the finish line, and throughout the entire 13-and-some miles, I had never stopped running.

I had been terrified to run the marathon alone, but God turned my hesitancy into an opportunity. I never would have dreamed that I would finish the half without ever having paused to walk. My running partner was patient and encouraging. She was the reason I never stopped, even when my asthma was terrible or I felt like my legs would give out. She pushed me onward and stayed with me almost the entire run. God took a turn of events that had apparently ruined my plans and used it to help me grow and achieve even higher goals I hadn’t even set.

We all make seemingly foolproof plans that end up completely falling through. Circumstances seem to be working against our goals. The more stubborn we are about how we are going to accomplish something, the easier it is to get discouraged when things don’t go exactly according to plan. I thought I would never survive running the half marathon without my sister, but God not only provided me with the perfect running partner, He helped me go above and beyond my goal—running the whole thing without ever stopping. I had felt like I would be running it alone—when really God was right alongside me the entire time. If we entrust our goals and desires to God, He will work them out for us in ways we would never have imagined.