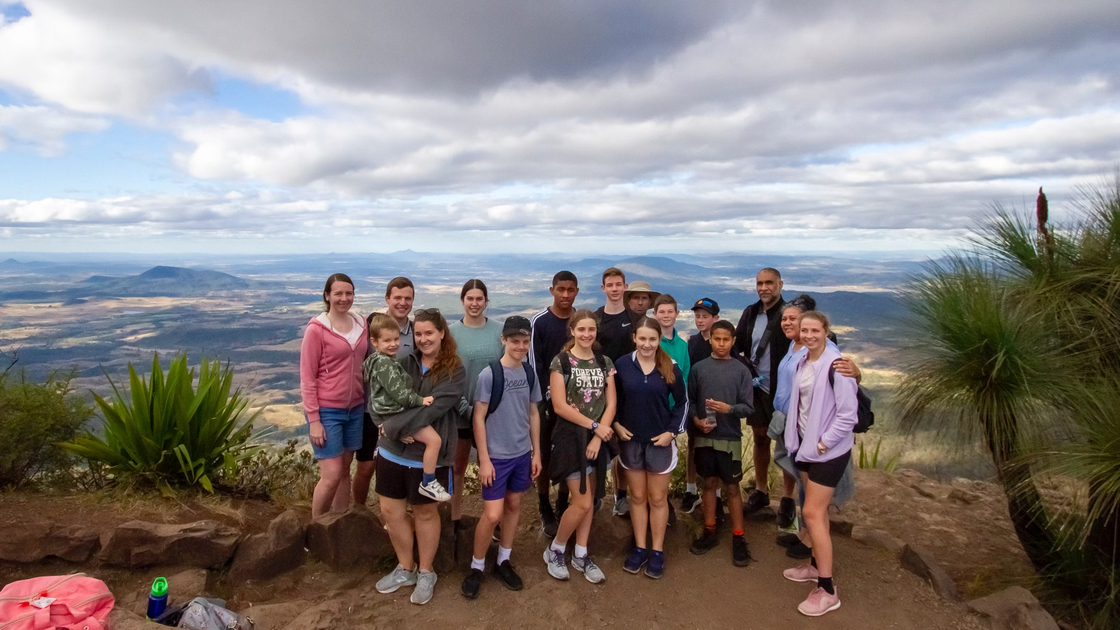 AUSTRALIA—Philadelphia Church of God youths from the Brisbane congregation participated in a lecture and hiking activity on June 20.

Local Elder Callum Wood delivered the group a one-hour lecture at the home of Regional Director Aaron Hudson about recognizing and overcoming deception in yourself, toward others and toward God.

“The lecture helped me better understand deception,” said Micah, one of the youths. “It made me realize that we can be deceiving ourselves without even knowing it.”

Following the study, the group along with some of their parents took an hour-long drive southwest to Cunningham’s Gap in the Great Dividing Range to hike Mount Cordeaux.

This was the first time most had been on the 3,600-foot peak. Walking the 4-mile trail beneath the thick rainforest canopy, they talked, laughed and developed friendships.

“It helped me get to know people more around my age while doing fun things together,” said Jacob, one of the youngest in the group.

After 90 minutes, the group rounded the last bend and were greeted by the amazing views of the surrounding mountain range and valleys. After a short rest and a group photo, the teens raced one another back down as the activity drew to a close.

“I feel that this teen activity helped us teens really bond together as we walked and talked up the mountain, admiring the views and God’s creation and talking about the study,” said Kayley, another youth.

“The hike was a really fun activity to be a part of, and it was definitely great to share the experience with teens of all ages,” said Mikayla, one of Brisbane’s older teens. “It was good to be outside and talk to the other teens as we hiked up Mt Cordeaux.”