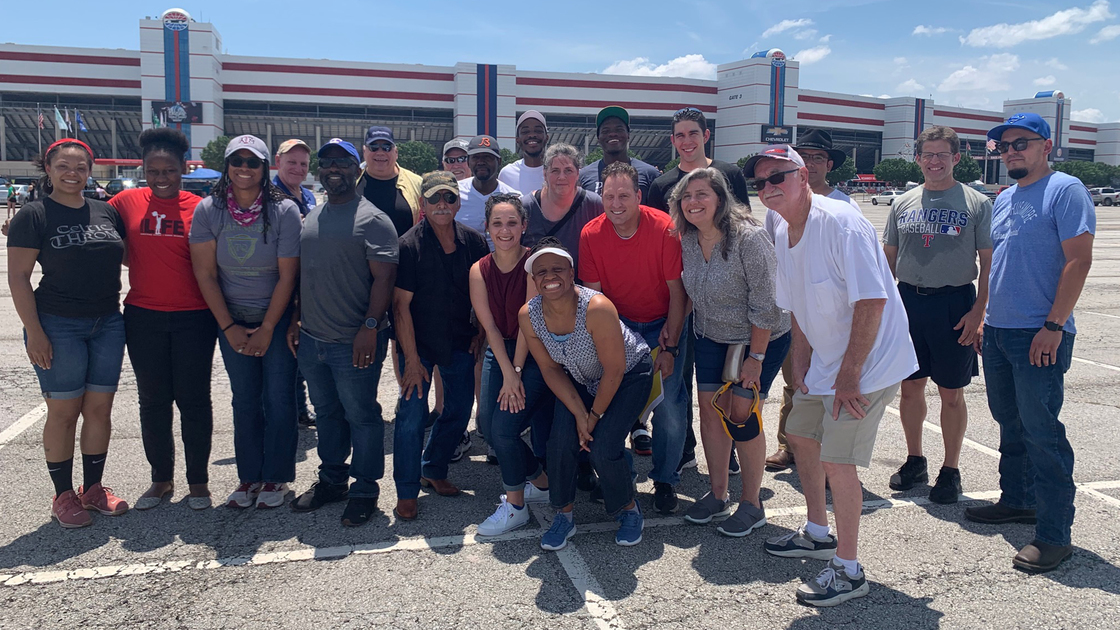 TEXAS—On June 13, a group of Philadelphia Church of God members said a short prayer in the parking lot of the Texas Motor Speedway in Fort Worth in preparation for working a NASCAR auto racing event as a fundraiser.

The group of 28 included members from Dallas, Mt. Pleasant and San Antonio, as well as Ardmore, Oklahoma, and five students from Herbert W. Armstrong College in Edmond, Oklahoma. As the members worked the event, afternoon temperatures rose to over 100 degrees, but they had shelter from the sun, icy neck cloth provided by the speedway and, most importantly, many prayers from brethren back home.

When the group checked out that evening, supervisors at the speedway mentioned that another volunteer group that day had arrived an hour late, and since our group was on time and brought extra volunteers, they had no need for them and sent the other group home. They also complimented the group and asked them to return for the next race in October.

On the Sabbath prior to the event, Local Elder Steven Privratsky mentioned in his “What Can We Learn From Fundraising?” sermonette that a few years had passed since the area held its last group fundraiser. He mentioned that even those who cannot attend fundraisers in person can contribute through prayer.