Netflix Is Not Your Hobby
Challenge yourself in the age of digital wastefulness.
By James Brandon • July 1, 2021 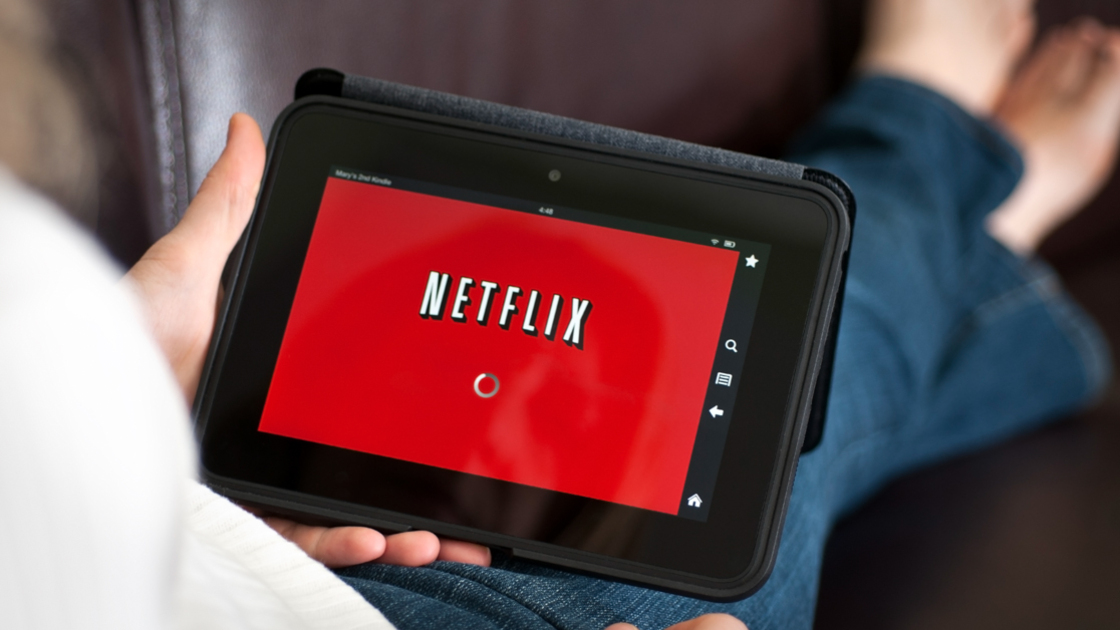 Reading through the camper information packets before Philadelphia Youth Camp one year, I got a bit of a shock: Several campers listed watching television and movies as their hobbies.

I was taken aback when I read that—and I still am when I think about it now. Don’t get me wrong. I’ll be the first to admit I have lost too much time in the auto-play, binge-watching vortex of television shows and movies. It’s just so … easy. The Internet age puts visually stimulating entertainment one or two clicks away. When you work hard in school or at your job, it’s easy to justify taking a break for an hour before launching into homework or other projects.

But how often does an hour break turn into two hours? And then another episode magically comes on. Or a 5-minute break in studying to watch an interesting YouTube video turns into an hour because YouTube kept suggesting videos to you that looked so interesting.

I’m not anti-movies, anti-tv or anti-entertainment, but I’ve been on the extreme side of the spectrum: I lost my balance and had to learn to use those mediums in moderation. Without self-discipline, it is just too easy to let your hours slip by while you accomplish nothing of any real importance.

Importance is the key word. How important is television? What about movies or video games? Entertainment has its place, but has labeling these forms of digital entertainment as hobbies placed more importance on them than they deserve?

Calling digital entertainment popular is a massive understatement. It is everywhere. This industry did not exist 50 years ago, yet today there are entire generations who cannot imagine a lifestyle that doesn’t include streaming movies, summer blockbusters, social networks, and pocket super-computers.

According to the latest Bureau of Labor Statistics “American Time Use Survey,” the most popular leisure activity in America is watching television. The average American over the age of 15 spent about three hours watching tv yesterday. Thanks to the recent explosion of online media streaming, if that same person is under the age of 24, there’s a strong possibility they spent an additional three hours streaming shows or movies online. That’s up to six hours of television and movies in a single day—exactly 25 percent of the day—and possibly more than they slept the night before. In stark contrast, the second most popular leisure activity—socializing with real live humans—came in at an average 43 minutes a day.

According to Nielson’s calculations, there were about 294 million Americans watching over 115 million televisions in 2014. There are just under 319 million people living in the United States, which means over 90 percent of Americans have access to televised content. That seems like a saturated market. But in the onslaught of the Internet age, online media streaming is gaining ground, especially in younger generations.

Netflix, one of the biggest names in digital streaming, added another 17 million subscribers in 2015. The company has over 75 million subscribers, but because of account sharing, the number of people who actually use Netflix is much higher than that. Digital streaming is working hard to steal customers from traditional television subscriptions, and Netflix and other services like Hulu and Amazon Prime are stimulating competition within the sector.

America’s digital entertainment obsession is multifaceted. We use our screens for far more than just binge-watching seasons of ’80s television and keeping up with the latest procedural with that one guy with the really good hair who delivers witty one-liners.

The video game industry raked in $22.4 billion in revenue in 2014. And with an annual growth rate of nearly 10 percent a year for the previous six years, the industry shows no signs of a slowdown. A 2015 study released by the Entertainment Software Association found that the average U.S. household has some sort of gaming device, and most of the 51 percent of households that have a dedicated gaming console (e.g. Xbox, Playstation, Wii) actually have two dedicated gaming consoles.

Don’t think video games are a simply a teenage phenomenon: the average age of someone who considers himself a “gamer” is 35 years old, and that average gamer has been playing for about 13 years.

Five video games are sold every second. Almost half of the games produced every year are given an E rating—they are deemed appropriate for all age groups. In contrast, just 14 percent were given the esrb’s version of an R rating—Mature. But what kind of games is the average consumer playing? Here are four of the five top selling games of 2013: Assassin’s Creed iv: Black Flag, Battlefield 4, Call of Duty: Ghosts, Grand Theft Auto v. All are rated Mature (“Content is generally suitable for ages 17 and up. May contain intense violence, blood and gore, sexual content and/or strong language”). The top seller, Grand Theft Auto v, was the biggest entertainment media release of all time to that point—not just among games, but the most profitable entertainment media release ever in the world: $1 billion in consumer sales in the first three days.

For the non-traditional gamers with no dedicated gaming console, there’s a glut of smartphone gaming apps. Games like Candy Crush, Flappy Bird, Angry Birds, Hay Day, and Crossy Road (yes, these are all real games) dominate the app download charts. The latest sequel, Candy Crush Saga, generates over $900,000 in earnings per day. Gameplay on mobile devices is the new booming sector in the industry, growing 55 percent between 2012 and 2013, and earning just over $17 billion in 2014. In 2014, 35 percent of gamers were playing on their phones. That number continues to rise, and by 2015, the mobile gaming industry expected to earn over $22 billion.

“You are what you repeatedly do,” according to the old adage. I guess that makes most in Generation Y an Xbox or iPhone. Or maybe a smart television or a laptop.

It’s not even just software that is dominating people’s lives—the games, shows and movies are too. The tech, the hardware, is evolving more rapidly than anyone could hope to keep up with. You can surf YouTube on your smart tv where you also watch Netflix when you’re not watching ncis in its prime-time slot. We really call the computers in our pockets “phones,” but they have more computing ability than what it took to put mankind on the moon. We wear watches that send texts and emails, scan and deposit checks with our tablets, buy coffee with an app on our phones, edit homemade movies on laptops that weigh less than a book, and poke fun at those dorky glasses that let you browse the internet and record video while you’re looking up the name of the girl across the cafe.

There are so many ways people absorb visual stimulation while physically doing nothing. New Age tech and the digital entertainment explosion have helped create a lifestyle where sitting and staring at a screen can be called a hobby!

Fitting In or Standing Out?

Is it possible that we have bought into the lifestyle of digital distraction? The percentages above are staggering—this is how most people are spending their extra time. Have you become part of the majority?

In Ephesians 5:15-16, the Apostle Paul exhorted the brethren to “walk circumspectly, not as fools, but as wise, Redeeming the time, because the days are evil.” Using the original Greek in Strong’s Concordance, this could be rendered “Live your life diligently, not foolishly, but with the wisdom and skill of a craftsman. Buy up the limited and precious amount of time you have because the age you live in is full of hardships and evil.”

God inspired His first-century apostle to correct the brethren on how they were spending their time. There is plain spiritual intent there: As this current evil age draws to a close, we all need to be more urgent in our spiritual lives. Satan is more active than ever, and he wants to destroy you (1 Peter 5:8). There is a physical principle as well: How we spend the hours of our day matters.

We are ambassadors for Christ (2 Corinthians 5:20). That is why we walk a different, narrower path than the majority of society (Matthew 7:13-14). Satan has deceived the whole world, and he is the prince of the power of the air. If everyone else in the world is doing something, we should carefully evaluate it and not blindly accept it as entertaining.

There is not a lot of time left until Jesus Christ’s return. Even just glancing through news headlines for a few minutes will get a thinking person concerned about the state of the globe. We are far more informed by the sure word of prophecy (2 Peter 1:19). How well does our spiritual urgency translate to how we physically spend our time? Are we buying up the extra hours, making the most of them? Or are we wasting it on a digital illusion?

Each of us has the same amount of time to use every day. Often, work or school dictates how we spend the majority of our daily hours. But what we choose to do with the extra hours matters—perhaps a lot more than we previously thought. There is balance: God doesn’t want us to just work, work, work, for 18 hours a day and then sleep. He wants us to live abundant, joyful lives, and to enjoy the fruits of our labor.

Resist the easy path—the Internet and technology age has made that path a mile wide. Don’t be average. Don’t buy into the fantasy world that digital entertainment so easily provides. Challenge yourself, develop yourself, and seek out pastimes that you can really take proper pride in. Redeem the time, because this is an evil age, and God has called you to live a different way—a way that you will soon teach to the rest of mankind.