Closer Than Brothers
How to build a lifelong friendship
By Grant Turgeon • June 24, 2021 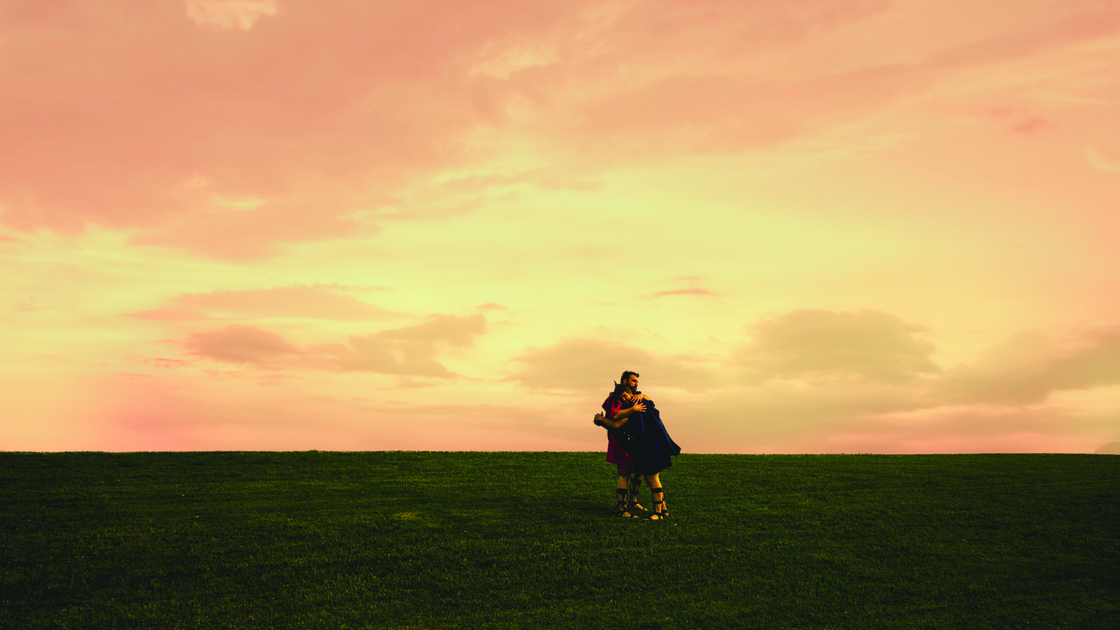 “There is a friend that sticketh closer than a brother” (Proverbs 18:24). The greatest friendship recorded in the Bible, besides Jesus Christ and John, is David and Jonathan. During our teenage years, we can lay the foundation for lifelong friendships like these!

Jonathan became closer than a brother to David. Here are three reasons why:

“And it came to pass, when he had made an end of speaking unto Saul, that the soul of Jonathan was knit with the soul of David, and Jonathan loved him as his own soul. … Then Jonathan and David made a covenant, because he loved him as his own soul. And Jonathan stripped himself of the robe that was upon him, and gave it to David, and his garments, even to his sword, and to his bow, and to his girdle” (1 Samuel 18:1, 3-4). This was friendship at first sight. The first time Jonathan and David spent any time together, they became inseparable friends. They made outstanding first impressions on each other.

This happened right after young David had just killed the giant Goliath with a sling, cut off his head, and presented the head to King Saul. Jonathan probably thought, I want to be friends with this guy!

David was the leader of a new generation of heroic warrior Israelites that replaced the old generation of cowards. Remember, the entire Israelite army quivered at the mere sight of Goliath—until David showed up and slew him. He was the only one to take decisive action.

Despite being 20 to 30 years older than David, Jonathan became part of that same warrior generation. David was a doer. So was Jonathan. 1 Samuel 14 records Jonathan and his armor-bearer sneaking up on a Philistine garrison and killing 20 soldiers. Jonathan had faith that God would assist him in this covert mission. Sure enough, the remaining Philistine soldiers were terrified, and God sent an earthquake to add confusion to their fear, causing them to inadvertently attack each other. Seeing this, the Israelites who had been hiding in nearby caves finally took courage and closed in to finish off the discombobulated Philistine soldiers.

In your life, find a worthy passion—something good to pour yourself into. This can inspire and motivate others to higher achievement. Look for those who inspire you to be a doer, and seek out friendships with them.

“As Saul’s son, Jonathan was heir apparent to the throne. He would certainly have been a better king than his father. But Samuel had told Saul … that his offspring would not rule in Israel. Jonathan recognized David as God’s anointed and supported him 100 percent. This friendship transcended politics and selfish ambition. Jonathan not only understood David’s future, he embraced it. He exhibited no jealousy or competition with David” (“Warrior, Leader and Loving Friend,” May-June 2002 Royal Vision).

If you were in this situation, and someone were about to take your place for something when it was obviously your turn, it would be extremely difficult not to get jealous! Jonathan didn’t get jealous, because he was loyal to God first. He saw God behind David. He supported David because God supported David. If David had rejected God, it’s highly likely that Jonathan would have rejected David. This is the right kind of loyalty.

Likewise, we should try hard to see God behind the decisions made in the Philadelphia Church of God and at Imperial Academy and the Summer Educational Program. See God behind the opportunities offered to your friends, and you won’t get jealous.

There’s a big difference between being motivated by your friends’ achievements to reach great success like them, and becoming jealous of them and wanting to take away their blessings. Choose the former; shun the latter.

3. Jonathan loved David more than himself.

“Greater love hath no man than this, that a man lay down his life for his friends” (John 15:13). Showing love for our friends above ourselves means being willing to die for them!

Jonathan was a trusted adviser to his father, King Saul, who had a bloodlust for David. Saul was influenced by demons to try to slaughter David! Jonathan discreetly served as David’s informant inside Saul’s camp, ensuring that David always stayed a step ahead of Saul’s murderous intentions. Every time Jonathan sneaked away to visit David, he risked his own life. Clearly, he would have rather died than let David get caught. (This is certainly not justification to cover for a friend’s wrongdoing. God was on David’s side.)

Carnally, Jonathan could have viewed this situation as a “win-win.” He had already pledged to support David 100 percent. He didn’t have to back up his pledge with brave and daring action. He could have just sat back and done nothing, knowing that he would become king if David were killed. Not a bad alternative, from a selfish standpoint. But he loved David more than himself.

In your friendships, be mindful of what you say and do. Cut back on the cutting remarks—on trying to verbally cripple friends with “jokes.” Protect their reputation by avoiding gossip. Be willing to tactfully mention something that will help them and to listen when they try to help you. Encourage them. Be encouraged by them. That’s love.

The day Saul and Jonathan died in battle, the nurse of Jonathan’s 5-year-old son, Mephibosheth, tried to flee for safety. As she carried Mephibosheth away, she somehow injured him, crippling him for life (2 Samuel 4:4). What a devastating day for three generations of Saul’s family!

Soon afterward, David felt inspired to track down Saul’s surviving descendants. Throughout history, normally when a ruler searches for the members of a rival dynasty, he intends to execute them. But in this case, David felt duty-bound to show kindness to Saul’s family for Jonathan’s sake (2 Samuel 9:1). David found Mephibosheth, treated him as his own son, assigned an entire extended family to serve and care for him for the rest of his life, and welcomed him to eat at David’s table anytime (verses 6-7).

May we all strive for friendships like Jonathan and David’s—friendships that make us closer than brothers. Such friendships last beyond this life and into eternity.