Sneakers and Snarls
It turns out listening has a lot to do with what kind of dog you encounter.
By Rachel Brown • June 3, 2021 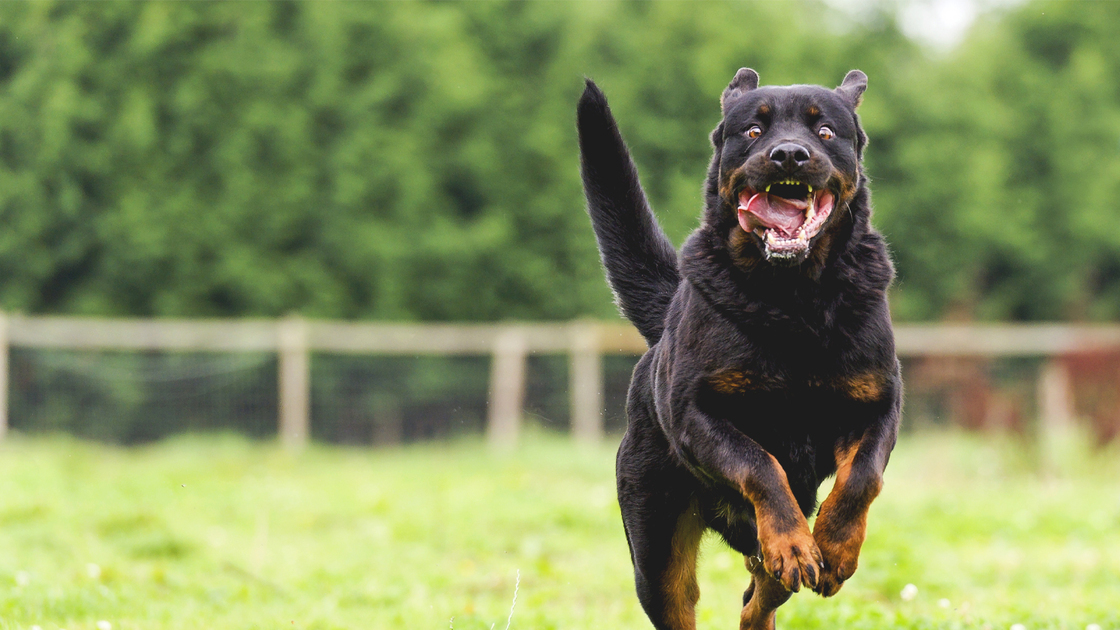 Just a short run will suffice, I convinced myself. About 15 minutes and then I’ll be done. It was a lazy Sunday afternoon, and I had just persuaded myself that some kind of physical movement was necessary. I walked around the house, hunting and gathering all the required materials I needed for my short jaunt. I was still looking for my shoes when my brother entered the front door. “Where are you going?” he asked.

After a short reply regarding my intentions, he replied: “Be careful. There’s a dog wandering around out there.” The warning quickly entered one ear and exited the other so quickly there was probably a visible poof. With a short mumble of acknowledgement, I laced up my sneakers and headed out the door.

A couple minutes later, I was already out of breath and severely regretting spending the day so lazily. Nevertheless, I pep-talked myself into placing one foot in front of the other without slowing down. Convincing myself that I was really doing something great, my spirits lifted, and I zoomed forward with newfound energy. Reaching the end of the long gravel easement, I turned around, ready to head back to where I had just come from. But, as soon as I had done so, I found my path blocked by an angry, stocky, teeth-baring gray dog.

This event seemed rather bizarre to me, considering the road was surrounded by plenty of open space, and I wasn’t intruding on anyone’s property. This dog just decided he wanted to cut me off on my trajectory, snarl at me for an unknown transgression on my part, and not let me move. A thought popped into my mind from conversations past that if you assert your dominance over a dog, they will acquiesce, and you can continue with your supremacy established. So with that in mind, I made loud noises and ordered it to move in what I thought was a loud, commanding voice. This only made the dog angrier, and he lunged forward with a deep growl and an all-too-close view of his sharp canines.

Wrong move. Standing still, I started silently praying. It was the kind of dog that would seriously do some damage if he embedded his teeth into any part of my body, and by this point, he was so close that I could see the rage in his eyes. So I decided not to move or speak. This calmed him down a little. The quieter I was and the less I moved, the less infuriated he was at my existence. I didn’t have a plan. I just kept praying, and my mind raced with my options. I could call my brother on my phone, but moving any part of my body made the angry mutt snarl and leap closer, and I couldn’t risk that. Just then I saw my brother step out of the house and onto the front porch. It was a ways away, so I didn’t know if he’d notice me. He didn’t. So, with one last prayer for protection, I took a deep breath and started screaming his name.

Surprisingly, screaming had less effect on the canine than moving did. After about the fourth time his name left my terrified lungs, my brother turned, saw me and sprinted to his truck. Peeling out of the driveway and down the gravel easement, he drove his truck so fast that the tires threw up sheets of rock from behind them. Thankfully, as soon as he pulled up, the dog turned his focus onto the truck and attacked the tires with ferocious bites. I leapt inside the truck just in time, my heart pounding harder than a 15-minute jog would have accomplished. I blew out a sigh of relief, knowing the tall truck put considerable distance between myself and the aggressor.

“I told you there was a dog roaming around,” my brother said after I had relayed to him the events that had just happened.

“I know! But I thought you meant that little fluffy dog the neighbors have!” I retorted. The truth is, I didn’t need to respond that way. He hadn’t reminded me of his warning in a know-it-all attitude. Rather, it was a concerned reminder that he had tried to protect me. If I had just listened to him and really heard what he had said when he warned me, then I probably would have made a wiser decision. There are multiple scriptures about the importance of really hearing (James 1:19; Proverbs 12:15, 18:13). Getting unsolicited advice is a pretty common occurrence, especially if you have siblings, but the difference between listening and really hearing is sometimes the difference between a fluffy little white dog and a blood-thirsty, snarling gray dog.

Looking back now, something else stands out to me. Really hearing and heeding my brother’s advice would have probably led me to asking some questions. It’s an important fact of life: Making a wise decision requires knowing all the facts. I could have just asked him if the dog was cute and fluffy or muscular and menacing. He would have then consented to the latter, and I would have conceded to doing some other form of exercise. Easy. Of course, then I wouldn’t be writing this down, and I’d be out a dramatic life lesson, but the point still stands. Matthew 7:7 and Proverbs 2:2 relay the importance of asking and really understanding. Apparently, I needed a terrifying encounter with a frightening creature to understand that lesson more. Please allow me to spare you the same experience.

I also learned that day that God’s protection is very real. He probably has multiple stories of protection for all of us that we have no idea about. I realized that I need to ask questions and get the facts before making a decision. And after going through a semi-traumatic experience such as that, I realized something else: I’m very thankful for my brother—and the fact that he had a truck.