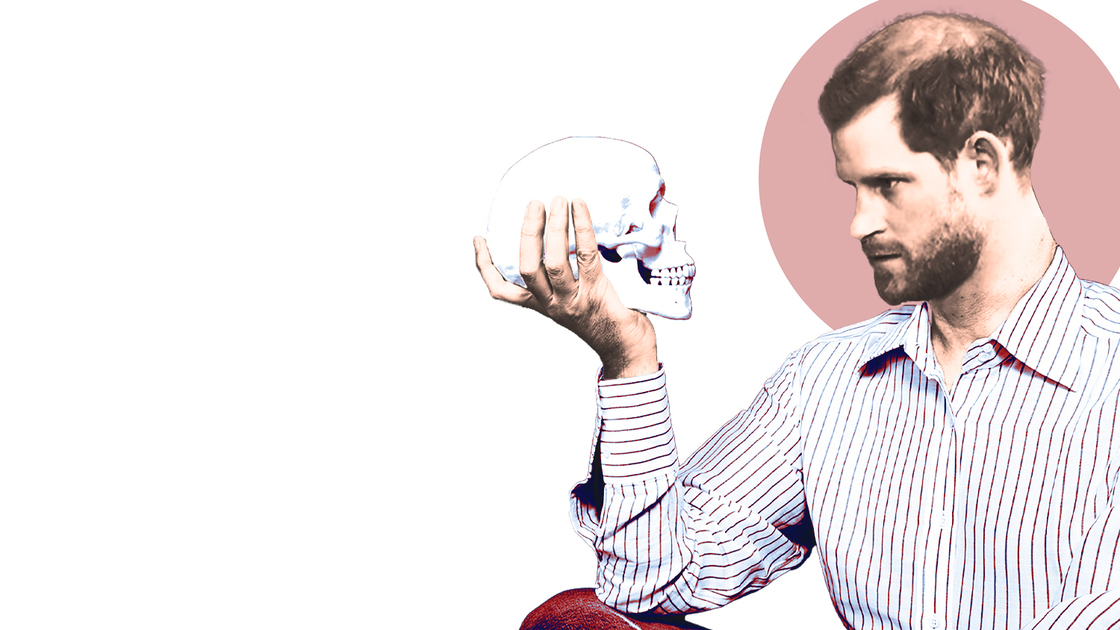 A nation is built on the strength of its families. When a royal family in particular falls apart morally, the effect on the nation is disastrous. This principle is illustrated particularly well in Shakespeare’s Hamlet. Sadly, Prince Harry is acting it out in real life.

A royal has a duty to the nation. In recent days, we have seen Prince Harry and his bride, Meghan Markle, lament that truth for a fawning media. He has been on the path to rejecting his role as a prince for years, to the point that when he finally announced he would step down as a royal, he said he had “no other option.”

After leaving his royal duties in 2020, he told Oprah Winfrey: “I didn’t see a way out. I was trapped, but I didn’t know I was trapped. Trapped within the system like the rest of my family. My father and my brother are trapped. They don’t get to leave, and I have huge compassion for that.”

This is exactly how the prince of Denmark thought in Hamlet. One of the most famous lines is:

The time is out of joint. O cursèd spite

That ever I was born to set it right.

Do you realize that you were born to set it right? A new, better government is coming, and Psalm 45:16 identifies you as “princes in all the earth.” That is an amazing calling!

Yet, Hamlet didn’t want the responsibility that his lineage gave him. He “spites” that he was born to set it right rather than embracing the opportunity to take the problems head on and serve his people. We are introduced to the character of Hamlet in his mourning state after his father’s death. Hamlet’s mother, shortly after the king’s death, married the king’s inferior brother—so quickly that they served the leftover food from the funeral at the wedding. Bad omens appeared in Denmark. You probably know the line: “Something is rotten in the state of Denmark.” Hamlet’s family problems constituted something wrong in the state and affected everyone. The nation was in real trouble! How would the Prince of Denmark respond?

As soon as Hamlet is alone, we get his first real thought. We’ve known Hamlet less than five minutes, and this is the first thing he utters: “O, that this too, too sullied flesh would melt, Thaw, and resolve itself into a dew, Or that the Everlasting had not fixed His canon ’gainst self-slaughter!” (Act 1, Scene 2).

Hamlet then explains what has happened in his family, but it’s all in the context that Hamlet wants to kill himself. Addressing his issues is the furthest thing from his mind. He never says a word about the good of Denmark. Hamlet takes his actions based on how he feels about it, about the afterlife, etc. He’s not interested in the welfare of his nation. All Hamlet really seems to care about is Hamlet.

How do we respond to trials? Hamlet called his “the heartache and the thousand natural shocks that flesh is heir to.” He is right. Everyone has difficulties to deal with, yet his trials didn’t drive him to God as a solution. And where have Prince Harry’s trials driven him? Both Hamlet and Harry felt “trapped.” They didn’t look to God or country; they just focused on themselves.

Our trials should drive us to God and, ultimately, prepare us to become members of His Family serving our royal nation. That is your birthright.You are so special to God that He designates you as holy—set apart for His special purpose. “For the unbelieving husband is sanctified by the wife, and the unbelieving wife is sanctified by the husband: else were your children unclean; but now are they holy” (1 Corinthians 7:14). We don’t have to question whether God will call our children into His Church. We know they will be because of this scripture. This is your calling too.

Hamlet ignored his role as a prince. And so Denmark fell, and the entire power structure was removed and replaced with a better government—by someone who did care about his family and about his nation. And a new government was born in a day. Hamlet died, along with the entire royal court of Denmark. Prince Harry is on that same path, ignoring the needs of the British Commonwealth while he lives as a socialite.

Everything is waiting for you to embrace your role as a royal in the World Tomorrow. That is what we train for today. What a fantastic opportunity you have as a young person destined to be born into God’s Family—and how badly this world needs you. You were, after all, born to set it right.