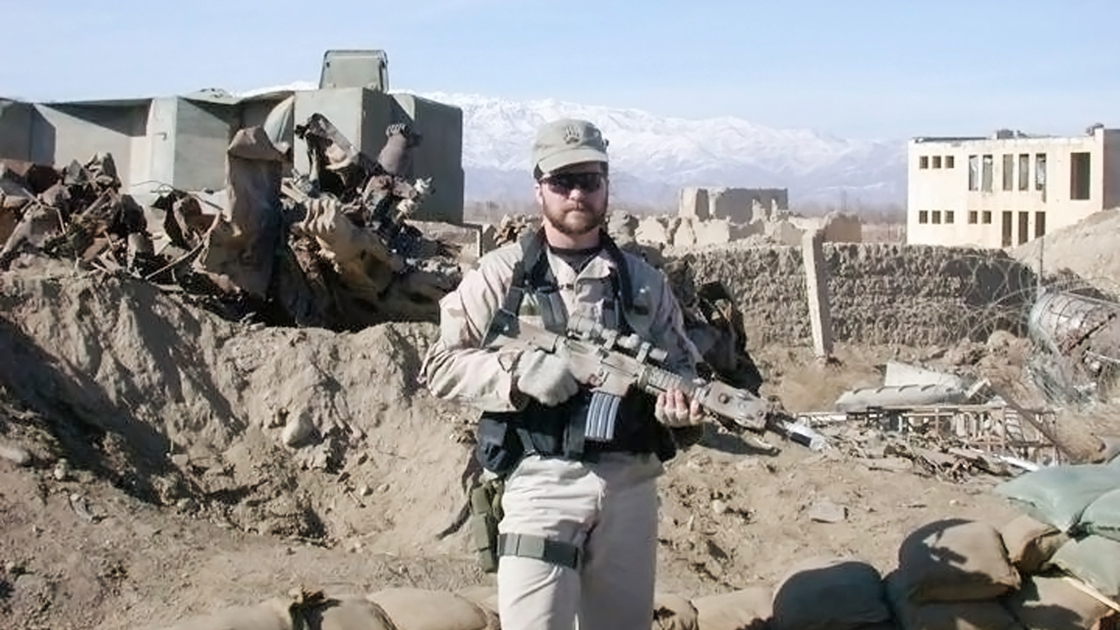 This message came through to me at 9:37 p.m., July 25, 2019. This was the moment I had been waiting for for years—I was finally given a call sign. I had always wanted to have a call sign ever since my dad told me about his from when he worked as a federal agent.

All the men on his team had one, so naturally, I wanted one too. I begged him to give me one pretty much every day throughout my high school years. When he first explained what a call sign was, he explained it as “the highest level of camaraderie in a specialized unit. Your call sign is what the unit chooses to call you.” I thought there would be nothing better than to have a nickname like that, not just Hannah Banana.

He also told me that I had to earn it. I finally did when I was finishing up my first three weeks of living on my own at college. I asked him how he came up with the name and he started to retell one of his favorite stories of a Medal of Honor recipient, John Chapman, who had the same call sign as me.

Chapman’s story starts at 4:57 a.m. on March 4, 2002 in the Takur Ghar Mountain of Afghanistan. Chapman and his team landed on the mountain in order to recover the body of one of their men who had been killed, Neil Roberts.

Chapman was the second one out, and the first to start charging toward the two bunkers and one big boulder through thigh deep snow and constant gunfire, where their fallen comrade was laid. He withstood heavy gunfire as he singlehandedly pushed into the first bunker and eliminated the immediate threat from no more than 10 feet away.

Dan Schilling, the author of the book Alone at Dawn, which chronicles the story of Chapman’s heroic deeds, says that this action alone was enough to earn him a Medal of Honor. He didn’t stop there though; there was more to do to ensure the safety of his team.

Once inside the bunker, Chapman started to engage with the other bunker, which was heavily fortified. Soon, he was shot and incapacitated while the others of his team recovered the body of their fallen teammate. After a grenade detonation, one of his teammates was hit by shrapnel, resulting in the team making their way down the mountain, leaving Chapman behind, unconscious, in the bunker.

Chapman regained consciousness about an hour later and resumed his attack on the enemy bunker, alone, against 24 enemy combatants and proceeded to fight alone for over 40 minutes while calling for help over his radio.

A helicopter carrying 18 soldiers came to his rescue but was shot down by a rocket-propelled grenade. Thankfully, it was able to make a controlled landing, but the men were under heavy fire from the enemy as they came out of the carrier.

John Chapman had been fighting for over an hour since he regained consciousness and was already in the process of dying from a dozen wounds, not including those from shrapnel. He now had to decide whether to potentially save his own life and get down to the group or save the lives of his unknown comrades. Chapman consciously chose to get out of the safety of the bunker and engage the enemy on all fronts to protect the men coming up the summit, earning him a second medal of honor.

Chapman died on the Takur Ghar Mountain after being shot through his heart, fighting to protect his unknown comrades rather than trying to save his own life. John 15:13 says “Greater love hath no man than this, that a man lay down his life for his friends.”

I cherish my call sign my dad gave me. John “Mako” Chapman’s heroic deeds that day allowed 23 men to go home to their families and earned him the Medal of Honor, which was posthumously awarded to him on August 22, 2018. His gallantry cost him his life, but his thoughts were not on himself. He was fighting for others. His example of sacrifice, and greater love, impacts me to this day. I always try to remember that we fight spiritually through thigh-deep snow under enemy fire every day, but if we stay the course, we’ll receive something so much more than a Medal of Honor—we will receive eternal glory in God’s Family Kingdom.