Know Your Bible: How to Be a Fool
This surprisingly easy formula has been tried, tested and proved for thousands of years!
By Fred Dattolo • May 18, 2021 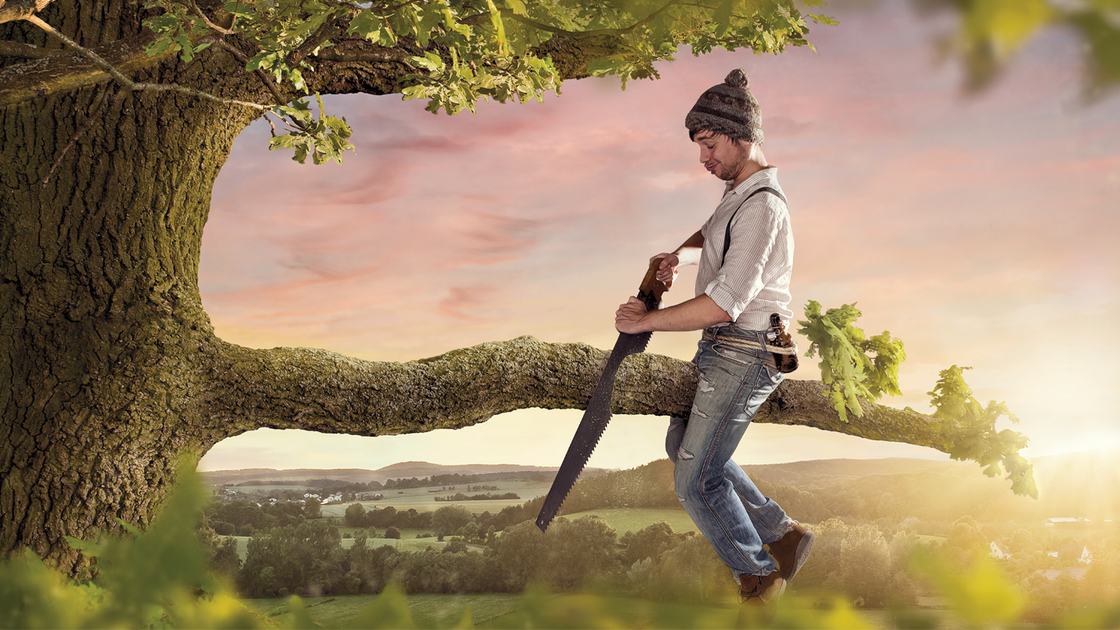 The book of Proverbs is an extremely valuable resource to study often, especially if you’re young—it can help you avoid making serious mistakes you may regret for the rest of your life! God inspired King Solomon to write Proverbs primarily to impart wisdom and instruct us in how to be successful in life. (The words wisdom and wise occur 120 times in Proverbs.)

But another topic is also pervasive throughout the whole book—in fact, it is mentioned 84 times. Do you have any idea what that topic is? The answer might surprise you!

Just touching about a third of these Proverbs, we can group them into seven different categories. And what are these Proverbs teaching, you ask? Well, they’re teaching you how to be a fool!

Get out your Bible and follow along to learn how to become a fool.

Step One: Despise Wisdom and Knowledge.

We all need wisdom and instruction, especially from God. But fools don’t recognize this. They don’t want to hear from God, and they are uninterested in wisdom and instruction. In the world today, many young people actively scorn education and learning of any kind! This is a surefire path to foolishness. To be a fool, be smug and self-satisfied, and treat education like a big joke. Be satisfied with the trivial, the unimportant, the superficial. Don’t engage in the hard work of training your mind how to think. And have no respect for God and anything He may want to teach you. It’s easy to be a fool!

2. Do fools have the ability to focus, or does their attention wander? Proverbs 17:24.

This verse in the Revised Standard Version says, “A man of understanding sets his face toward wisdom, but the eyes of a fool are on the ends of the earth.” In other words, a man of understanding sets wisdom as the mark to aim for—he steers his life by it. Conversely, a fool’s gaze wanders all over the place—he has trouble fixing his thoughts on one subject or meditating on anything.

A lack of ability to focus or think through things carefully leads us into our next point.

1. Do fools brag about their foolishness? Proverbs 13:16.

The rsv says a fool “flaunts his folly.” Wise people think before they act—fools don’t. In fact, they even flaunt their foolishness—they brag about it!

A wise man fears God, and that causes him to depart from evil. It motivates him to turn away from sin. His confidence is in God. The fool, on the other hand, is self-confident. He throws off restraint and acts carelessly. God says when a fool is acting in rage, we’d better get out of the way—he is dangerous, and will lash out even at friends or someone innocent (Ecclesiastes 7:9).

In one sense, this verse can refer to a fool who is quick to vent his anger, whereas a wise man will hold it back to be sure he’s first in control of his faculties. He won’t just fly off the handle. But this verse also means that a fool is quick to tell everything he knows about anything, and can’t be trusted to keep a confidence. He’s quick to say whatever comes to his mind.

Failure to think applies to more than just the fool’s actions, however, as we will see next.

Most of us know how to say nothing, but few of us know when. To use knowledge rightly, one must know when to speak and when to be silent; what to speak and what to leave unspoken—whatever is appropriate for the occasion. A wise man thinks all he says, but a fool says all he thinks.

3. Does a fool seek after understanding, or does he only want to appear wise? Proverbs 18:2.

A fool doesn’t really want to deeply understand a subject. He may pretend to delight in understanding so that “his heart may discover itself”—meaning that he can show off with something. He expresses his opinion not because he has deep understanding, but because he loves to hear himself talk.

4. Does a fool invite persecution because of what he says? Verses 6-7.

A fool’s words cause strife and contention. He’s asking for it! His words can provoke others into quarreling and bickering with him. The fool uses words to cause trouble. And when he is corrected for his rashness of speech, his response to that correction displays yet another way to be a fool.

A single rebuke is more effective to a wise man than a hundred lashes on the back of a fool. A fool ignores correction. Even lashes are not enough to knock some sense into him!

With a child, you can drive the foolishness out with correction because his mind is still moldable—not yet mature. But if it’s not done then, there is a danger that a person’s foolishness will be incurable. This is why so many will have to suffer in the Great Tribulation and the Day of the Lord to try to save them from eternal death. Some people—notably 50 percent of the Laodiceans—will be so incorrigible that even the most severe punishment will not humble them and bring them to repentance!

A fool refuses to learn from his mistakes. He will not be instructed with correction, so he will never have anything useful to say that would be beneficial to others.

While ignoring correction, the fool trusts in himself, as we see in our next step.

1. Does a fool easily admit that he is wrong? Or does he always have to be right? Proverbs 12:15.

“What is it that keeps a wise man from being a fool; he is willing to be advised, desires to have counsel given him, and hearkens to counsel, being diffident [insecure] of his own judgment and having a value for the direction of those that are wise” (ibid).

When the most important decisions need to be made, a wise person seeks and opens his ears to counsel. A fool, on the other hand, will rely on his own judgment and will not counsel with anybody.

Even for important decisions, a fool trusts his own deceitful, wicked heart (Jeremiah 17:9).

3. By trusting in their wicked heart, do fools actually deceive themselves? Proverbs 14:8.

By avoiding counsel and relying on himself, a fool deceives not only others, but also himself. And in the next step, we see that he doesn’t care enough to do anything about it or fix the situation.

Step Six: Be Complacent or Lazy.

Most translations render the word “prosperity” as complacency, ease, careless ease or indifference. That’s the sense given here.

In this passage, beginning in verse 20, wisdom is personified. In this particular verse, wisdom is calling on the simple (or the simpleton—meaning someone who is ignorant, foolish or silly), to turn to her. Wisdom is exhorting the fool to go after her, but the fool is too comfortable in his “prosperity.” He puts his trust in his riches.

2. Is a fool a hard worker—or are his hands usually idle? Ecclesiastes 4:5.

“Most people aren’t afraid of work—they fight it year after year.” This comical expression is all too true of the fool. A fool prefers to put his feet up, fold his hands, and twiddle his thumbs with seemingly nothing to do. That laziness leads to destruction and ruin!

3. Does the sluggard have anything that his heart desires? Proverbs 13:4.

The sluggard, or lazy person, wants to have a lot, but gets very little; whereas a diligent person who works hard will prosper. A fool wants handouts and despises hard work.

But there is yet one more powerful way we can learn to be a fool.

This proverb is extremely important for young people to understand. There is a strong tendency of human nature to want to belong to a group and be accepted by your peers. Human nature will naturally pull you in the direction that your group is traveling. It’s often the power of association that will either make you or break you! A man is known by the company he keeps.

Think about how conversations will go if you associate with wise friends. Think about what kind of advice you’re likely to receive when you need some good advice. Think about the example you’ll see in action. We learn more from example than we do from words. Think about how all that impacts your character. This also applies to associating with fools—except you’ll get the opposite results!

If you’re a young person, there’s not much that is more important for you to grasp and apply than this proverb!

This is the only place in the New Testament that the Greek word used here is translated “communications.” It really means company or companionships—your friends! The New Living Translation renders it, “[B]ad company corrupts good character.”

As Mr. Armstrong said so many times: If you put a rotten apple in a barrel of good apples, that rotten apple will eventually turn the whole barrel bad! Don’t be deceived. If you frequent the company of corrupt or foolish people, you will soon be as they are! Is it important to pick your friends wisely? As I said, there’s not much more important if you want to grow up to be a God-fearing person.

3. Are we admonished to stay away from fools? Proverbs 14:7.

Teens: choose your friends wisely! You will become as they are!

Now, as you can probably tell, this was a bit facetious—none of you should want to become a fool. But by taking these points to heart, you can hopefully determine to live the opposite way: to seek after wisdom, think before you speak and act, take correction to heart and thank God for it, seek wise counsel, be a diligent and hard worker, and choose your friends wisely. Then you can avoid these common pitfalls of foolishness and become truly wise!