Reversing the Introvert
What I learned from constantly being surrounded by people
By Brianna Weeks • May 6, 2021 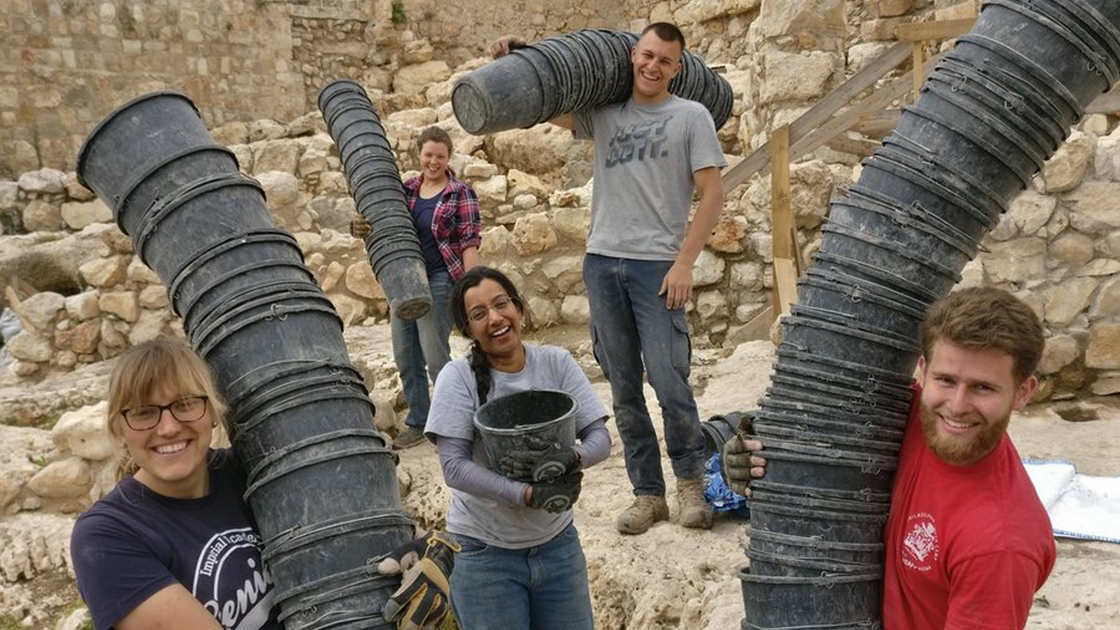 This was something it took a while for me to get used to. I had more of an introverted mindset going into the dig. It wasn’t that I didn’t like to be around people. It was that I enjoyed being alone more.

Jerusalem forced me to change that mindset. The only private area in the apartment was the bathroom—and even then, it would only be a matter of minutes before someone else would have to use it, so you couldn’t just lock yourself in there for some privacy.

Living in such an atmosphere helped me realize how wonderful it is to open up to God’s Family—and how wonderful it is to be someone another member of God’s Family can open up to. We shared the same experiences and felt the same tiredness. We felt the same pressure because we really didn’t want to mess anything up. We had a common purpose that helped to unify us and show us the importance of working together.

As the weeks went by, I started to think less about how a situation affected me personally and more about how it affected someone else, the group or the dig. I started to share more about my personal life with the people around me, and they started to open up as well. And as we all opened ourselves up to one another, we began to create a bond that was different from anything I had ever known. We weren’t just becoming friends. We were becoming family.

In one of the classes that we listened to while we were in Jerusalem, I remember the instructor saying something along the lines of, “We in God’s Family don’t have the right to be introverted.”

That statement made me stop and think, and eventually it dawned on me. To be introverted means to turn or direct inward; to concentrate (one’s interests) upon oneself. It’s a technical term for being selfish, and God is the opposite of selfish. He is perfect selflessness. He is love! (1 John 4:8). God is also a Family, and anyone who is going to be in His Family must be just like Him—100 percent selfless and 100 percent love. Anyone who is going to be born into that Family must be overcoming selfishness and becoming more like God today—which means that he or she absolutely cannot be an introvert!

We have been given so much. God has given us all the opportunity to know His truth today. He’s given us the opportunity to be in His Church—and His Family! When I heard that statement, it made me think about the opportunity God had given me to attend His college and to be a part of His Work in Jerusalem. I realized that the fact that I thought it was OK for me to be an introvert must have been offensive to the God who had given me so much! God expects us to overcome our selfishness and give back to Him and His Work—after all, “unto whomsoever much is given, of him shall be much required …” (Luke 12:48).

God’s firstfruits today will soon be in charge of teaching millions of people in the World Tomorrow. As Jesus Christ’s Bride, we will be the spiritual mother of everyone who lives in the Millennium. We will be God’s Family, unified by the same goal: bringing as many people as we possibly can into that Family—so they can share the same bond that we have with one another. We will get to know those people personally. We will help them through their trials and encourage them when they are feeling down. We will be patient with them when they make mistakes. Our lives will be filled with them—not with ourselves. We will be the ultimate extroverts.

Extrovert means characterized by interest in and behavior directed toward others or the environment rather than oneself; gregarious or outgoing. As the God Family in the World Tomorrow and beyond, we will direct all of our attention toward others and the environment, just like that definition says. To be ready for that responsibility, we need to be practicing for it today.

This experience was corrective for me because I realized how much harder I need to work to overcome my selfishness and embrace God’s Family. In Jerusalem, we got just a taste of what it will be like to live together with God’s Family for all eternity, but it was enough to make me look forward to that future more than ever!