Waiting for a Miracle
Step dancing out on faith
By Leah Hyde • April 22, 2021 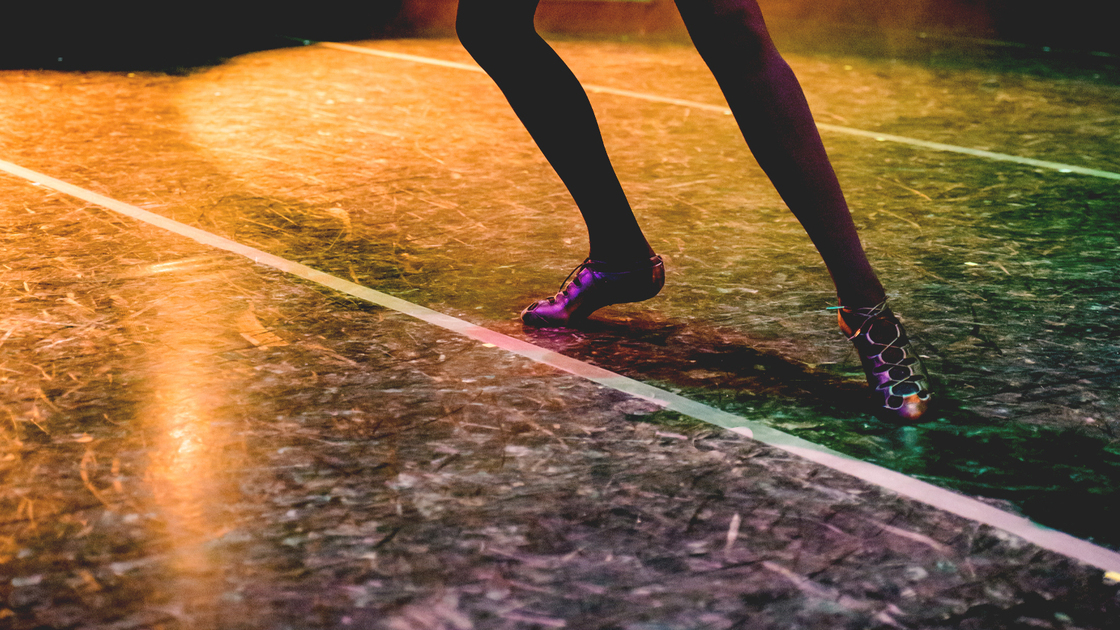 I was leaning back on a hotel chair with my fat foot propped up in front of me. My family and friends were all busy getting ready for the Sabbath as I stared at my swelling ankle in disgust. Why did this have to happen now? Why was I so stupid?

We were in New Orleans for a small dance competition. My mom, brother, sister and I had arrived that Friday after a long road trip. We were excited to find out that our hotel had a basketball court and a pool. We had been in the car all day and were willing to use whatever resources available to expend our energy.

Some friendly strangers were playing basketball so my brother, one of our friends and I started shooting around with them. I was feeling pretty good about myself thinking, I can actually shoot the ball and it goes in despite me being an average teenage girl.

I was wearing an average pair of tennis shoes with an insufficient amount of ankle support for basketball. Due to the New Orleans climate, the court was wet and slippery. The flooring was somewhat squishy, similar to those big foamy puzzle pieces that toddlers play on. I was slipping and sliding around the court as I strove to show off my impressive basketball skills.

My demise came in the midst of fighting our small friend for rebounds. My foot landed directly on his foot, and I felt my ankle turn outside of my shoe. The tingling, shooting pain went up the side of my leg as a sense of shame and fear came over me. I tried to pretend that nothing had happened and continued playing, hobbling around the squishy court. Minutes later, as I once again fought our friend for a rebound, he got his little foot right under me as I landed, and my ankle turned again.

I hobbled over to the pool where the rest of our dance crew was hanging out and sheepishly showed my mom my injured foot. We did the best we could with icing and massaging my foot that night, and I prayed to God for mercy—I knew He was humbling me.

The next morning, my foot was extremely sore and fat. I had to wear a pair of my mom’s sandals with the strap extra loose—not a great look. I gingerly hobbled down the hallways and into the van to leave for services. Thankfully, a minister was there and anointed me after services. He asked God to enable me to compete. I was hopeful after the anointing, but for the rest of the day, my ankle still had not improved. I would just have to wait and see.

The next day, I had my first competition in Opens, the highest level in Irish dance. We taped my foot up well—it felt as stiff as a metal rod. I was dismayed when we were told that our first round would be soft-shoe. This meant that I would have no support whatsoever while having to land big jumps on my hurt ankle. I prayed to God that, when I went up on that stage, He would take away the pain and stiffness, allowing me to dance. This wasn’t my first experience dealing with pain at a competition, but this was unlike anything I had dealt with before.

As I went side stage to dance, I told the coordinator that I was struggling with an injury and that, if I couldn’t dance, I would walk off the stage. Scared yet excited, I looked up at my family and friends before I began, knowing that they had also prayed for God’s intervention.

As I began to dance, I noticed something—nothing! I landed every part of my step seamlessly, with no pain whatsoever. God had intervened! When I finished and walked off stage, I immediately felt the pain again.

I successfully danced my next two rounds in the same miraculous fashion and later won the competition—my only first place in Opens. Of course, there was only one other competitor, but that’s beside the point. It may not have been the loftiest accomplishment, but the day was a success nonetheless—and God taught me a valuable lesson in the process.

The lesson I learned from this experience is that I must always wait on God for intervention in my life. It is too easy to want Him to perform a miracle right in front of you—eliminating the problem immediately. But life would be too easy that way and no character would be developed. Instead, know that God will fulfill His promises, and be willing to wait however long it takes for God to perform a miracle.