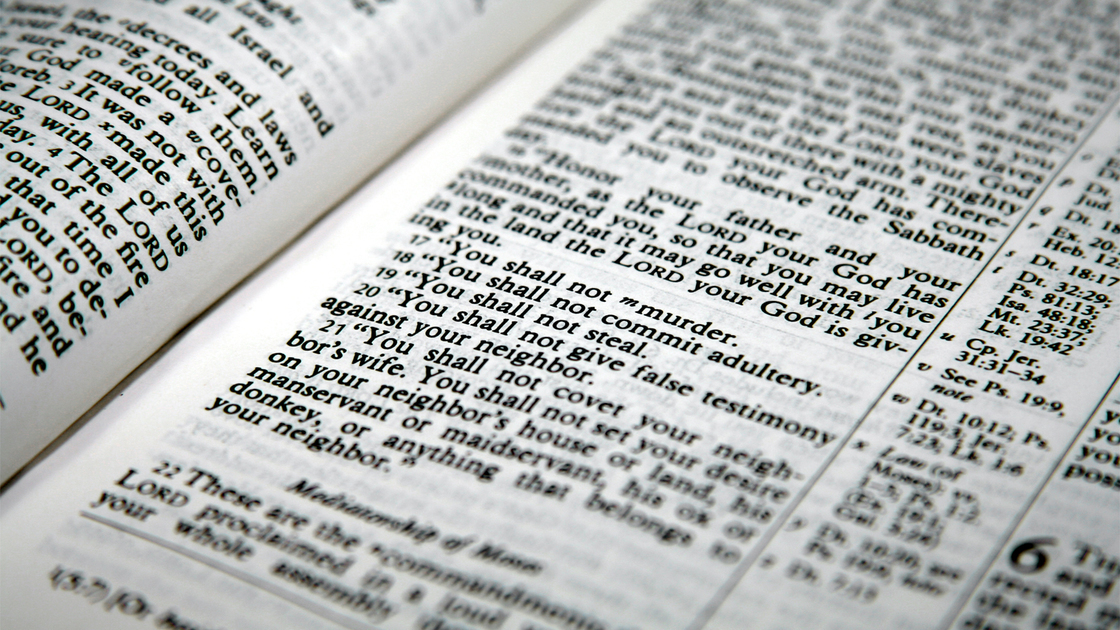 Great empires fell because they could not establish and sustain the rule of law. The United States established its independence about 245 years ago, and its founders were very specific about not only establishing the rule of law, but which law it was they were going to establish.

“Both in Virginia, and New England to the north, the colonists were determined, God-fearing men often in search of a religious tolerance denied them at home [Britain] who brought their families, and were anxious to farm and establish permanent settlements,” wrote historian Paul Johnson in the Sunday Telegraph (Dec. 26, 1999). “They put political and religious freedom before riches. Thus took shape the economic dynamo that eventually became the United States, an experiment designed to establish the rule of God on Earth.”

An experiment designed to establish the rule of God on Earth!

How many Americans realize what their own history is all about? Do they realize that our forefathers tried to establish the rule of law under God? They had a vision that all of mankind would keep the law of God and experience joy and peace because of it. They were God-fearing men. Do we see America that way today? Do we see our people fearing God? Are we the same kind of people, or have we radically changed? I think the answer is tragically obvious.

This is an amazing history that our country has. These men wanted God to rule the Earth. With what laws?

“The watchword was freedom—freedom from taxes, from government regulation, from restraints of any kind other than those contained in the 10 Commandments” (ibid). They didn’t want freedom from God’s law; they wanted freedom under God’s law. What a gigantic change has occurred in Americans since then.

Today, even most religious Americans will tell you that those Ten Commandments of God have been done away. Early religious Americans did not believe that, and our forefathers did not believe that. When they established the Constitution (largely on biblical principles), they said that it would not work unless Americans were God-fearing people. The Constitution was designed for a people that keeps the Ten Commandments.

Proverbs 29:18 states something about vision and law: “Where there is no vision, the people perish: but he that keepeth the law, happy is he.” Happy is the person who keeps God’s law! Do Americans really believe that today? Do you? God says in this same context that if you don’t have any vision, you will perish, like the Greeks and Romans perished. As a nation or an empire, you are going to die.

Being “free” from God’s law makes you free from happiness, free from vision, free from light and understanding. Rejecting God’s law is actually going into a kind of slavery.

America is still considered a largely Christian nation. But what is a Christian after all? A Christian is someone who, presumably, follows Christ.

Notice what Jesus Christ said in Matthew 5:17: “Think not that I am come to destroy the law, or the prophets: I am not come to destroy, but to fulfil.”

Jesus Christ Himself specifically said that He did not come to destroy the law, directly contradicting so many people today who say they are Christians. He said He came to fill it to the full. What did He mean by that?

“For verily I say unto you, Till heaven and earth pass, one jot or one tittle shall in no wise pass from the law, till all be fulfilled” (verse 18). God said, I want you to dot every i, and cross every t, and fill it in minute detail. Christ said He came to magnify the law. What did He mean by “magnify”? He went on to say that, in the Old Testament, a man was guilty of murder if he killed someone. But now, in the New Testament, He said that you are guilty of murder if you merely hate your brother. That is magnifying the law!

“Ye have heard that it was said by them of old time, Thou shalt not commit adultery: But I say unto you, That whosoever looketh on a woman to lust after her hath committed adultery with her already in his heart” (verses 27-28).

In other scriptures, God inspired commands to flee fornication, to flee even the temptation. That is the law. And a Christian—a true Christian—is someone who keeps God’s law.

Many Americans today not only commit the spirit of sinning against the law in their minds, they commit the actual acts—as a way of life! They are descending into worse and worse debauchery, like the Romans. That sinful breaking of God’s law by the Romans led to the collapse of Rome. Do we realize how dangerous, how deadly destructive sin is? We should: Our nation is at stake!

“The crisis of the Church has left it powerless to defend morality against the tide of relativism. The dominant idea is that there are no moral absolutes and that everyone can behave as they wish with impunity” (ibid).

Christians should not just believe in Christ, they should closely read and believe what He said! He prophesied in Matthew 24:21-22 that our societies will get so bad that we are going to erupt into violence that would kill literally everyone. Human beings think they are sophisticated, but if you have no moral values, no law of God, you end up not minding doing such things as that. You push God away, and He does not protect you.

In the middle of this prophecy about cataclysmic world events, Christ specifically said that members inside His own one true Church would let their love wax cold and let iniquity abound. Even true Christians who once believed and obeyed Jesus Christ and received God’s Holy Spirit are indulging in lawlessness. Many of them are still “religious,” still “Christian,” but they disdain keeping God’s law as “legalism.” They say they have more love now.

Human beings insist that they know what love is. But we don’t. Most settle on a sentimental, mushy definition. But actual love is from God, and the love of God is the keeping of the Ten Commandments. (See 1 John 5:3.) Jesus Christ said that every i of the law was dotted, every t was crossed and He magnified the law. He warned Christians and everyone else that if they do not keep God’s law, they will destroy all of humanity if God does not intervene.

How urgent this subject is!

Isaiah 30:8 shows that book was written only for the end time. That is our generation. He writes, “Except the [Eternal] of hosts had left unto us a very small remnant, we should have been as Sodom, and we should have been like unto Gomorrah. Hear the word of the [Eternal], ye rulers of Sodom; give ear unto the law of our God, ye people of Gomorrah” (Isaiah 1:9-10).

God tells us to hear His law, and He calls us Sodom and Gomorrah! He is warning us that our indulging in terrible lusts of all kinds is putting us in terrible enslavement and leading to terrible destruction. It’s true for empires, it’s true for nations, and it’s true for individuals.

“And when ye spread forth your hands, I will hide mine eyes from you: yea, when ye make many prayers, I will not hear: your hands are full of blood” (verse 15). God is talking about His own people—those who had the truth and turned away from it. He says in Ezekiel chapters 3 and 33 that their blood is on their own heads because they did not deliver God’s revelation and God’s law to the world. They have failed in this duty because of their own law-breaking.

What is coming on the nations that descended from ancient Israel (mainly the United States, Britain and the Jewish nation of Israel) is a fate just like ancient Greece and ancient Rome, with unparalleled suffering (see verses 10-12).

All this suffering, destruction and death is for a purpose. God’s law is the way to life and peace and joy—and He is going to punish (and resurrect) mankind to teach us that our ways are wicked, we don’t know what love is, we don’t know the right way. He is going to bring us to repentance, so that we will let Him write His law on our hearts (Isaiah 51:7). How amazing our nations and our world will be when God’s law is etched on our minds and deeply a part of us, which is the way we were created to live.

Breaking God’s law does not bring freedom. It brings slavery and unhappiness and misery and broken families and broken lives. God in His love wants to give us His law of love to bring joy and peace and abundance to every human being on this Earth. That is the goal of the great God, and He is going to bring it about—soon!

Offer: No Freedom Without Law