Arizonans of All Ages Bowl for Strikes
ARIZONA— Local Elder Charles Wire and 25 members from the Scottsdale congregation shared …
By Poppy Hochstetler • June 6, 2014 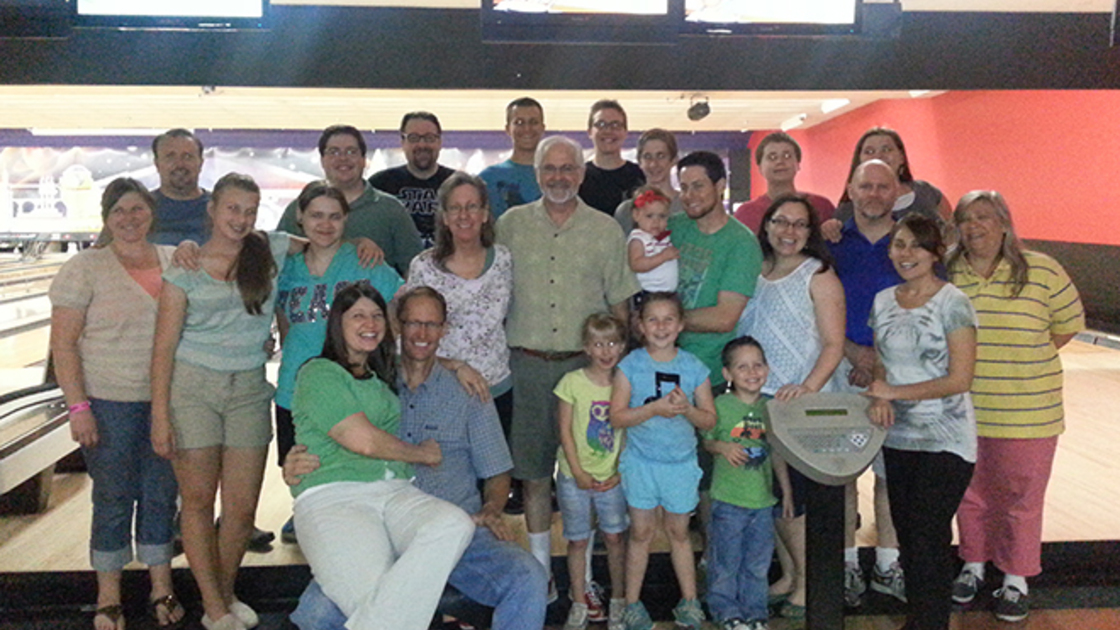 ARIZONA— Local Elder Charles Wire and 25 members from the Scottsdale congregation shared a family bowling extravaganza on May 4 at AMF Desert Hills Lanes in northern Phoenix.

Adults, teens and children all got involved with the 10-pin bowling. The group divided into teams of five, setting the stage—or alley—for a unique match of different ages and skill sets.

The whole floor cheered the efforts of 4-year-old Isaac Ladenburg and 5-year-old Brienna Alvord as they stepped up to the lane, dropped their bowling balls, and watched them roll and roll … and roll down the lane between the gutter bumpers in hopes of a strike.

Teammate Wolf Hochstetler said, “It was just so adorable to see how excited they got each time it was their turn; they are a tough pair to beat.”

Not everyone needed gutter bumpers to sling their balls for strikes. “Mr. Reinsch is a secret pro bowler” said Candice Alvord, after seeing the local deacon seemingly throw strike after strike and wind up with a score above 200.

Regardless of their final scores, the participants filled the alley with a fun atmosphere of laughter and enjoyment.

“I thought it was a great idea,” Jimi Hochstetler said. “The camaraderie was fantastic.”