Don’t Jump on Scissors
If you’re disobeying your parents, cut it out.
By Hannah Worrell • April 8, 2021 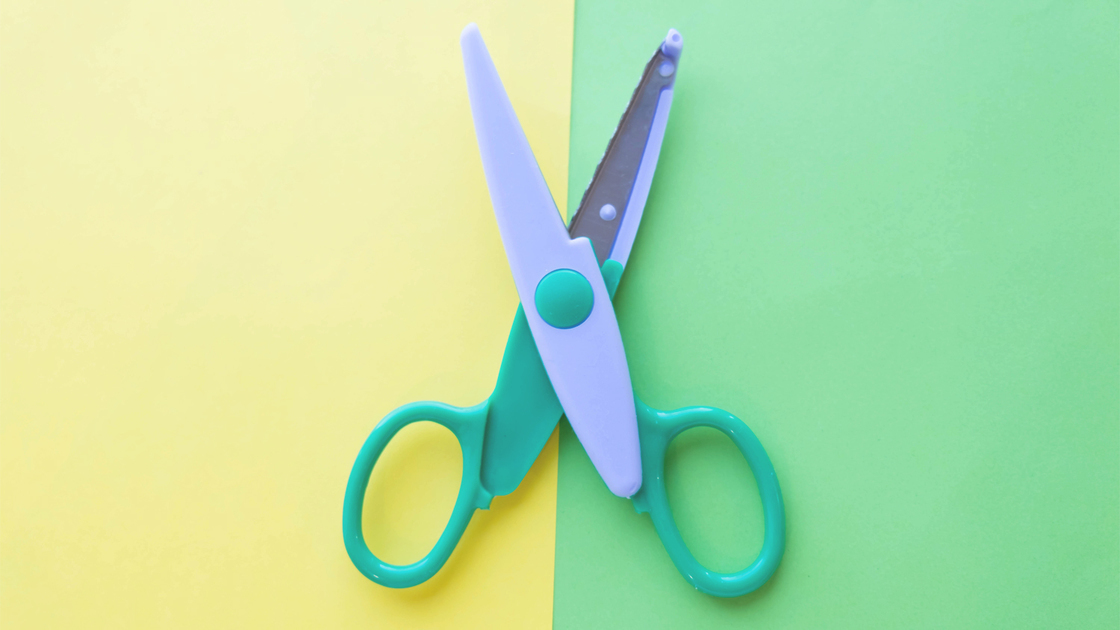 To say I was a rambunctious child is an understatement. I was only four years old: I had the stubbornness of an ox; the temperament of a hurricane, and a will that could not be broken. I only actually listened to correction if I was under threat of punishment. I was a force to be reckoned with. All babysitters and nannies feared me.

One night, it all changed.

I already had a rough day. I took a trip to the emergency room earlier after running into a fence and busting up my face at preschool. Clearly the accident wasn’t traumatic enough because, that night after dinner, I was jumping on the couch like nothing had ever happened.

My mom was on the floor scrapbooking and all her supplies were out. Paper slicers, scissors, stickers, ribbons—it was the world’s best arts and crafts arsenal. She was getting tired of me bouncing up and down, and the couches were old and couldn’t take the beating.

“Hannah, stop jumping on the couch,” she said.

At this point, my mom started to pack away all her crafting supplies, and once they were put away, she left—and my energy surged, and I started jumping on the couch again.

“Hannah, you’d better not be jumping on the couch!” I heard from the other room.

“I’m not!” I responded, as I continued to jump. Unbeknownst to me, her supplies were somehow shifting and crawling out from under the couch like diabolical little monsters. I guess the force of me jumping on the couch made them jump and bump themselves. From the depths under the couch, her prized, serrated “crazy” scissors, shaped with points like a shark’s mouth, emerged, open faced and ready to attack.

I could hear mom’s footsteps coming back into the hallway so I decided to abort my mission and jump off the couch. I remember counting down “3…2…1!” And jumping.

What happened next was worthy of an Oscar for Best Drama.

I was screaming, blood was gushing everywhere, my mom was panicked and confused—I had jumped from the couch, and landed right on top of the crazy scissors, thus splitting open my big toe and cutting near the bone.

Mom called her best friend to come with some medical supplies. My brother was holding the wound shut with what used to be a blue towel, and I was left with an immense feeling of regret.

Soon, the cut had stopped bleeding enough that Mom’s friend was able to butterfly tape and gauze it up. The pain was still throbbing and sharp, but at least the worst of it was over. I walked funny for the next couple of days, and soon enough, my toe healed with only a thin white scar to show it had ever happened.

This seems like an easy story to laugh off for how absurd it is. What are the odds that I would land right on an instrument of destruction? We all learn not to run with scissors, but they never tell you not to jump on them.

While I only sustained a minor injury, the lesson remains deeply ingrained, in more ways than just the scar. The command to honor and obey our parents is so that “thou mayest live long on the earth” (Ephesians 6:1-3).

I wasn’t obeying or giving honor to my mom. I continued to do the very thing she told me not to do after she left the room. She didn’t know that I would jump on a pair of scissors, but maybe I could have twisted my ankle, or broken the couch. The fact of the matter is that above all, I just should have listened. If I had, I would have saved myself a lot of pain, and my mom a headache.

Kids tend to be reckless. At a young age of four or so, the brain hasn’t developed enough awareness to know how things can be dangerous sometimes. They are still learning about the way the world works. Parents have foresight and wisdom that can really benefit and protect us from things we don’t understand as kids. That’s why we can enjoy a long life on Earth if we listen and obey them, because they keep us from doing things that could end up hurting us.

From that day forward, I learned to better listen to and obey my mom and dad. I tried to do things the first time they asked, instead of continuing to do what I wanted to do. Once I started to master that, I found it was easier to obey other authority figures too. My babysitters could actually enjoy spending time with me instead of trying to wrestle and wrangle with me to do things I didn’t want to. I got into trouble less, and started to enjoy life more. I started to see the fruits of obeying the fifth commandment, even though I didn’t know that’s what it was at the time.

The scar on my toe has saved me from a lot of trouble as I got older. Even though I got hurt, I’m thankful that I was able to learn the lesson of obeying my parents. It always reminds me that they have our safety and best interest in mind, and God blesses you when you obey them.

And now I know that not only should you not run with scissors, but you also have to be careful not to jump on top of them too.