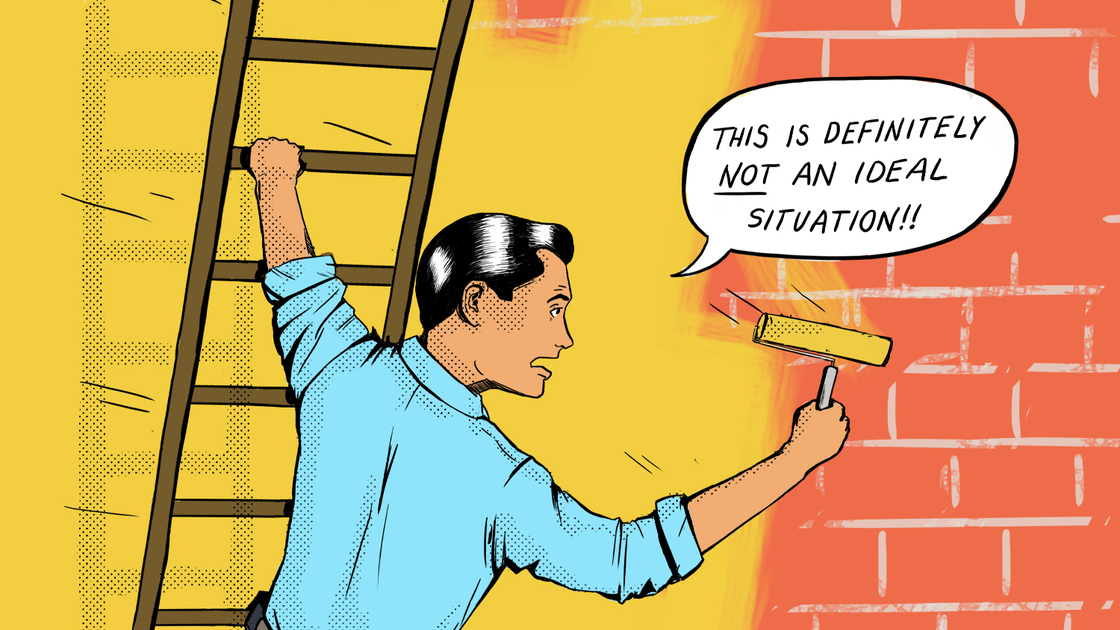 I went to public school. If the hallways in my school were a movie, I wouldn’t have been allowed to watch it, based on the amount of graphic language there.

My parents taught me profanity was wrong, and I always felt a little out of place not talking like my peers. Then I met a boy a couple years older than me—he was well liked and a leading personality in his class.

One day, he mentioned that he didn’t “curse” or “swear” or use foul language. This shocked me because I had presumed that everyone not in “my church” cursed. As I thought about my interactions, I realized I had never heard a bad word come out of his mouth, and it impacted me to think that someone “in the world” (not in God’s Church) would hold himself to that standard. It turns out he was committed to his form of Christianity, and he believed that the Bible prohibited that kind of talk.

He was right! The Apostle Paul wrote simply: “Let no corrupt communication proceed out of your mouth, but that which is good to the use of edifying, that it may minister grace unto the hearers” (Ephesians 4:29). A couple verses later, he wrote that “all … evil speaking” should “be put away from you, with all malice” (verse 31). He stated something similar in Colossians 3:8 about putting off “filthy communication out of your mouth.”

This principle is also found in the Proverbs: “Put away from thee a froward mouth, and perverse lips put far from thee” (Proverbs 4:24). This proverb goes beyond profanity. It means avoiding all kinds of inappropriate communication: deceitful language (as the uncommon word “froward” means in this context), as well as “perverse” language. This would apply not only to the words we utter, but also to the subject matter.

“The lips of the righteous know what is acceptable: but the mouth of the wicked speaketh frowardness,” which means perversity in this case (Proverbs 10:32).

The Bible records that Peter used some foul language when denying Christ, and the men writing down this event quoted Peter’s denial but not the curse words he used (Matthew 26:73-74; Mark 14:70-71). He was apparently trying to prove that he wasn’t a Galilean—which somehow his manner of speech indicated.

Using God’s name inappropriately (which would obviously include using it in combination with profanity) is specifically forbidden in the Third Commandment (Exodus 20:7). Our speech must instead worship God—preserving the holiness and sanctity of His name (Matthew 6:9).

It is also common in these days of digital communication to abbreviate the use of profanity. Understand: Saying a phrase with an expletive in it or simply abbreviating the phrase with the first letter of each word is profanity either way!

If you have a problem with profanity, there could be several reasons.

Educator Herbert W. Armstrong addressed the main reason in an article about this in the March 22, 1975, Plain Truth. He was shocked when a friend of his—whom he’d thought of as a man of high moral character—started using “a torrent of profanity.” The man had apparently spoken one way around Mr. Armstrong, but then when a neighbor dropped in for a visit, out came the filthy language. What shocked him wasn’t the fact that a man let a bad word slip in a brief lapse of self-control, but that his friend was “accustomed” to speaking that way—particularly “when in the company of this neighbor” (who was also fluent in his profanity).

Mr. Armstrong then pointed out a profound observation of human nature: “Why does human nature want to appear evil in the presence of evil and good in the presence of good? Of course, none is really good. Some of us, I hope, do not go completely out of our way to impress others that we are just as evil—just as much one of the ‘bad guys’—as they are.”

Truly, as James 3:10 states, “Out of the same mouth proceedeth blessing and cursing. My brethren, these things ought not so to be.”

At the heart of why so many use foul language is simply vanity: wanting to fit in.

Perhaps we don’t want to be considered “goody goody” around certain kinds of people. But what is right is right! Mr. Armstrong said: “The way of life that is God’s is not ‘goody goody,’ sissy, or anything to be ashamed of, but simply doing what is right for our good. It reflects our character” (ibid).

He tied this subject to the way of life that produces either global evil or world peace: “This quirk in human nature that takes pride in using profane and filthy language is part of that nature and attitude that has brought all this world’s evils upon us” (ibid).

This goes far beyond just the words that we say! The Bible is clear on this. The tongue “is a fire,” and can set the course of nature on fire! (verse 6). It is full of deadly poison (verse 8). Proverbs 18:21 states, “Death and life are in the power of the tongue ….”

Another reason we could be enslaved by profanity is by what we fill our minds with.

Jesus Christ asked the Pharisees of His day: “[H]ow can ye, being evil, speak good things? for out of the abundance of the heart the mouth speaketh” (Matthew 12:34). In that account, He told us: “[E]very idle word that men shall speak, they shall give account thereof in the day of judgment” (verse 36). The word “idle” can actually mean “free from labor” or “lazy.” In other words, God will judge every little word we say carelessly or in passing!

Some may not be “fluent” in profanity like Mr. Armstrong’s friend, but they may occasionally let a bad word slip in a momentary lapse of self-control. This is a result of worldly language having rubbed off on us, which can come out in moments of weakness.

Sure, we cannot come completely out of this world (1 Corinthians 5:10), and we will be exposed to foul language in a worldly school or work environment, which sometimes can’t be avoided. But we also should do everything we can not to surround ourselves with entertainment or music that uses the wrong kind of language. As Jesus said, if it’s in your “heart”—your mind—it will come out of your mouth.

Also carefully consider this: Some curse words are intended to demean or injure someone. Insults and racial slurs fall into this category. Are these mere profanities? These bring the verbal transgression into the realm of murder. How? The spirit of the Sixth Commandment says that murder is not just the act of taking a life, but even how we talk about a fellow human being (see Matthew 5:21-22).

If you have a problem with cursing, how do you overcome it?

Well, Paul’s prohibition against it in Ephesians 4 actually gives us a solution. Let’s read that again: “Let no corrupt communication proceed out of your mouth, but that which is good to the use of edifying, that it may minister grace unto the hearers.” (verse 29).

This means replacing bad language with good language. And what is the intent? To serve the hearer.

If you utter profane words, think about what you’re doing to those hearing you. What you are filling their hearts and minds with?

Help and build up others with your edifying, refined language—not with a corrupt, worldly, insulting, perverted or profane way of talking. This is the positive opposite to foul language.

Additionally, the spiritual principles behind what causes us to curse would need to be addressed. What is filling our minds and the “abundance of the heart”? Are we wanting to appear as “one of the bad guys” when we’re around “bad guys”?

Be ashamed to curse, and be ashamed to let another hear it. Fill your life with godly, upbuilding language, and live that way no matter who is around to watch or listen. And always strive for your speech to glorify God and be a blessing to others.