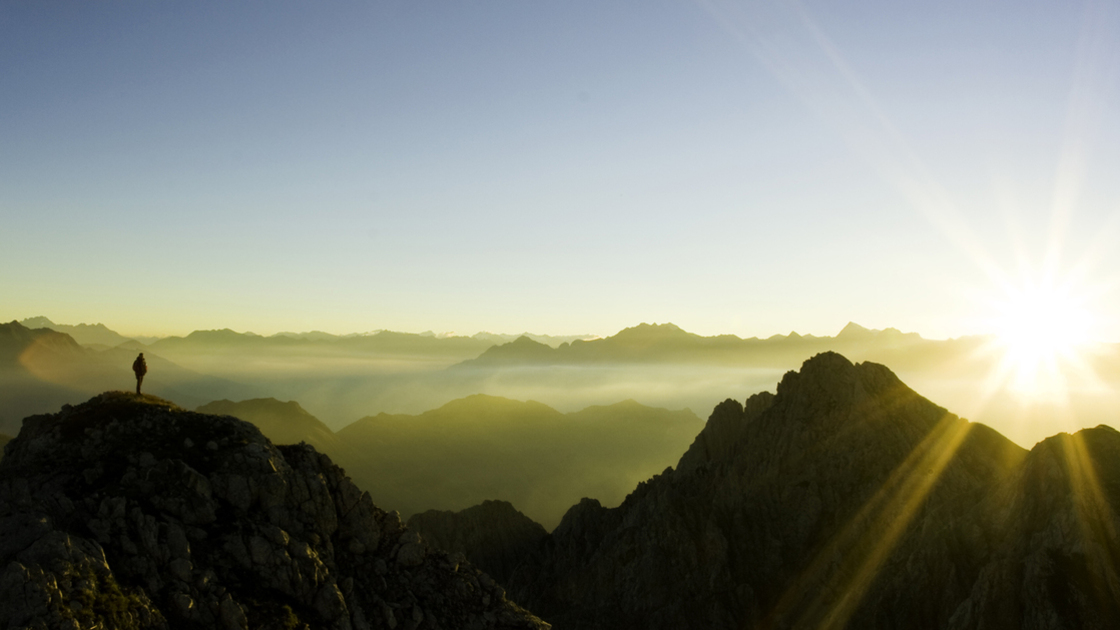 What is God’s supreme goal for human beings? To build holy, righteous character—His character, the very character of God. Jesus Christ’s words in Matthew 5:48 are not just an aspiration, they are a description of the purpose of your life: “[Become] ye therefore perfect, even as your Father which is in heaven is perfect.”

God is absolutely perfect. And we are extremely imperfect. We sin. I fall short, you fall short, we all do. Yet God has made a way for the blood of a God Being to pay the penalty for those sins. What we must do is truly repent, understand the tremendous price that was paid for us, and move forward striving with all our power and with the power of God to resist sin and be perfect in attitude, just like our Father.

In his introduction to Winston Churchill’s biography of Marlborough, Harry Henry Steel Comager wrote: “[H]istory followed great cycles: The same themes recurred again and again, the same drama was played out, from age to age. … Thus, four times Britain had fought to rescue Europe from the grip of a tyrant–Louis xiv, Napoleon, Kaiser Wilhelm and Hitler–and four times Britain had succeeded in saving Europe and, with it, the cause of liberty and justice. … [H]istory bore witness to the vital importance of national character, for character was as important to a people as to an individual ….”

Now think about that. These men did not have God’s Holy Spirit. Yet this is what these great minds saw when they assessed the great cycles of human history: The ultimate quality for a people to have and for a person to have is good character.

Somehow, we have to develop good character. If we do not, we can easily see what our own history will be: “[Churchill] cherished, as a law of history, the principle that a people who flaunt these virtues is doomed to decay and disillusion” (ibid).

Churchill knew it was a law of history. He knew that if you did not have virtuous character in your marriage, for example, you were doomed to decay and disillusion in the other areas of your life as well.

It takes character to run a nation. Right now we are seeing proof of what happens when a nation lacks leaders with character. God prophesied this in Isaiah 3, where he said that “in that day” (the time we are living in now): “As for my people, children are their oppressors, and women rule over them. O my people, they which lead thee cause thee to err, and destroy the way of thy paths.”

Rather than helping the people, they are destroying the way of their paths. God warned us that this would happen, that our families would be upside-down, that our children would oppress.

Churchill understood history. He understood how to avoid decay and disillusion as an individual and as a nation. It was largely this understanding that formed him into a tool God could use to save his country and his civilization.

Yet for as much as he understood the great cycles of history, he did not understand the ultimate purpose and potential of human beings. That purpose is developing the character of God, as a child in the womb develops the characteristics of his or her father, and being born into the very Family of God!

That cannot happen unless and until we develop right, virtuous, perfect character. And God expresses that character to us through His law.

“It is certain that if our young people are to have total obedience to the laws of the land, a love for the orderly processes of government, and a desire for ethical forms of behavior, the strengthening effect of religious training which will instill a sense of moral responsibility becomes apparent,” former fbi Director J. Edgar Hoover once said. “The place to start is in the family circle. American families are developing the personalities who will determine what type of society our nation will have tomorrow. The home is the first great training school in behavior, or misbehavior,’ it can go either way. Behavior or misbehavior, ‘and parents serve as the first teachers for the inspirational education of youth. In the home the child learns that others, besides himself, have rights which he must respect. Here the spadework is laid for instilling in the child those values that will cause him to develop into an upright, law-abiding, wholesome citizen. He must learn respect for others, respect for property, courtesy, truthfulness, and reliability. He must learn not only to manage his own affairs, but also share in the responsibility for the affairs of the community. He must be taught to understand the necessity of obeying the laws of God.”

This man could see that to have a strong nation, people had to keep the nation’s laws. And for people to keep the law, they had to be trained in good, lawful character by their parents in the family.

God wants to give you the greatest opportunity you can ever imagine. He wants you to become part of His Family and help spread godly character to everyone on Earth, to beautify this entire planet, then move on to the universe to even greater things. Does that sound too incredible to believe? It does to some people. But I challenge you to prove it from the Bible. See what God says about your incredible potential, and it will absolutely dazzle you.