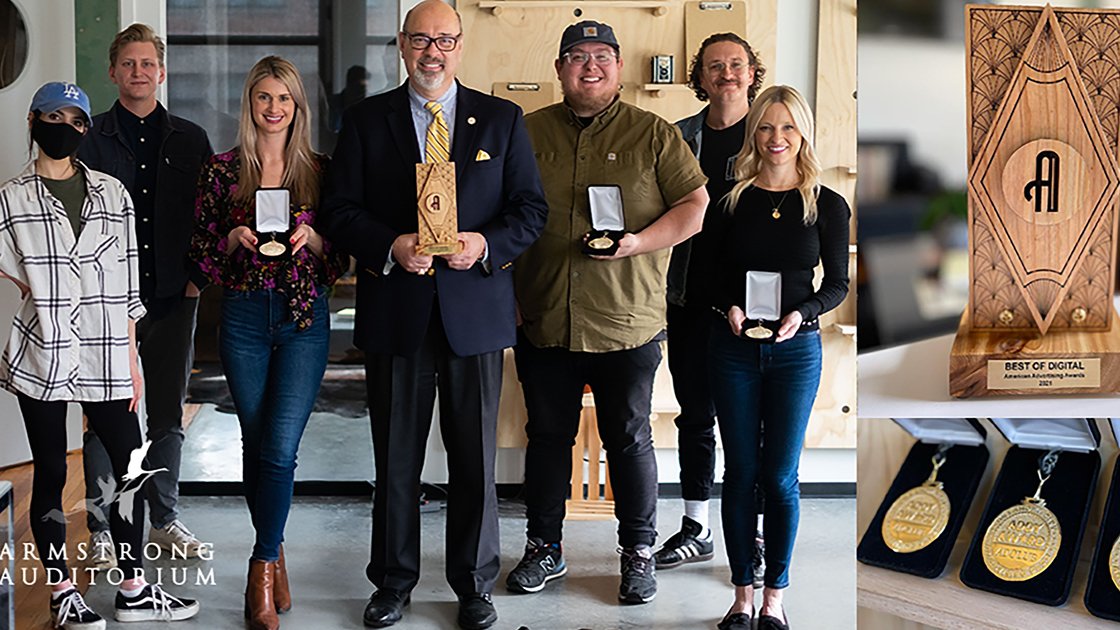 EDMOND– Armstrong Auditorium announced this week that its “Rediscover Joy” campaign took home four top ADDYs at the 2021 American Advertising Awards at a virtual gala February 25 in Oklahoma City. The campaign was designed and created for the Armstrong International Cultural Foundation by the Studio Flight advertising agency in Oklahoma City, and won three gold awards and one “Best Of.”

View the video from the campaign here.

“We are so blessed and honored to take home a total of 10 ADDYs this year, our first year at the awards,” said Sarah Hoffman, media director for Studio Flight. “This Facebook campaign for Armstrong Auditorium was created to inspire people to rediscover joy through the beauty of the arts right here in our Oklahoma community, during this challenging year.”

Of the three gold awards, two were in the Social Media Instant Experience category, and one was for Online Film, Video and Sound. The judges actually created a new Best in Show category for “Best of Digital” to further honor the work.

The campaign featured a video created by Flight’s Charlie Molleur, which follows a couple and a duo of musicians preparing for and sharing an inspiring performance at Armstrong.

“We really wanted to people to see themselves in the ad and wanted to tell the story with all the tools the Facebook Instant Experience gave us, from images to design to video,” Molleur said.

“I loved working with Flight and from the beginning we worked to refine the messaging to really try to get to what people are feeling right now,” he said. “People have been cooped up for months, and I wanted to reach into that place where they are just bursting with excitement to return to live performances again. And at the very core of that experience is the emotion of pure joy. That’s what we were trying to communicate and I think Charlie and his team knocked it out of the park. I couldn’t be happier with the result.”

The gold awards mean “Rediscover Joy” moves next to the district awards, potentially followed by the national ADDYs.