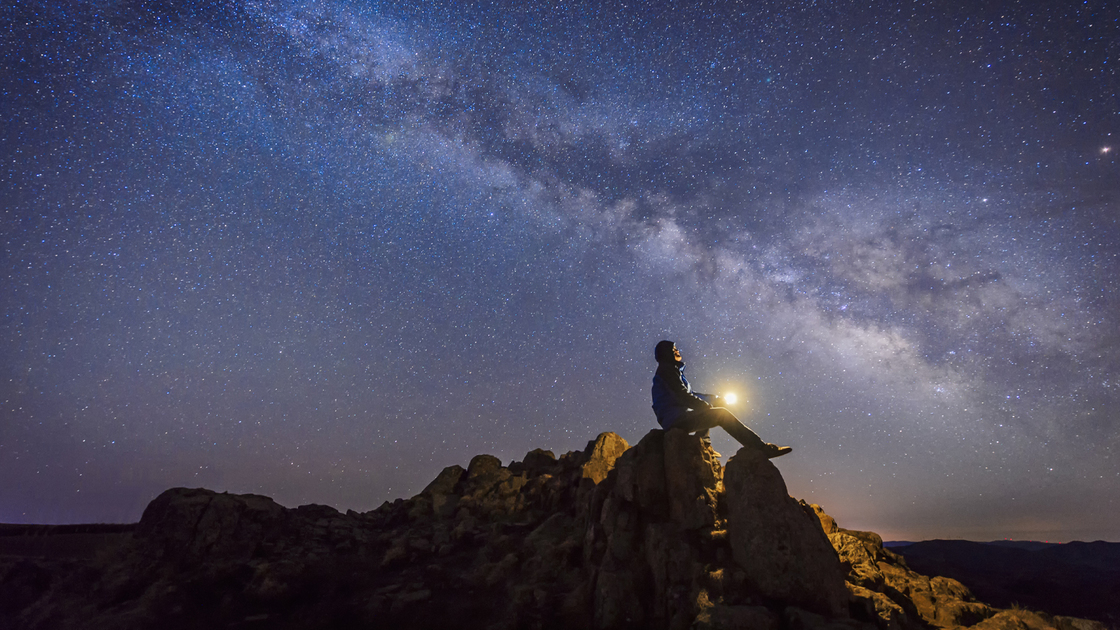 This week, the world has seen new high-quality panoramas of Mars from NASA’s Perseverance rover. And the planet is clearly visible in the evening sky right now. Take a moment to go outside at night and look up at Mars and the universe. Do you realize that it is connected to you?

High-resolution photos, video and even audio from Mars shows that it is barren and lifeless. Why is that decaying universe out there? What is God’s purpose for that vast creation?

David looked up at this same night sky. He “consider[ed] thy heavens, the work of thy fingers, the moon and stars, which thou hast ordained;” and he said, “What is man that thou art mindful of him?” (Psalm 8:3-4).

The Apostle Paul wondered over the same thing. He wrote in Hebrews 2 about this question that David had asked: “But one in a certain place testified, saying, What is man, that thou art mindful of him? or the son of man that thou visitest him? Thou madest him a little lower than the angels; thou crownedst him with glory and honour, and didst set him over the works of thy hands: Thou hast put all things in subjection under his feet. For in that he put all in subjection under him, he left nothing that is not put under him. But now we see not yet all things put under him” (verses 6-8).

“He put all in subjection under him” means that the Creator has put the universe under subjection to man! “But we see not yet all things put under him.” Something has to occur first.

Look out in the universe and understand why it is the way it is—and understand how your incredible human potential is connected to this great universe.

“For the creation waits with eager longing for the revealing of the sons of God; for the creation [suns, planets, stars, moons and other bodies] was subjected to futility, not of its own will but by the will of him who subjected it in hope. Because the creation itself will be set free from its bondage to decay and attain the glorious liberty of the sons of God. We know that the whole creation has been groaning in travail together until now; and not only the creation, but we, ourselves groan inwardly as we wait for the birth as sons” (Romans 8:19-23; Revised Standard Version).

I tell you, that is awesome truth! You need to think about these mind-staggering verses!

Paul described human beings—those who will believe and obey God and whom He gives His Holy Spirit—as being heirs of God and joint heirs with Christ. Human beings! That is our potential. That is our purpose! He writes that the sufferings we endure in this life to build our character cannot even compare to this great future with God!

Herbert W. Armstrong wrote an entire, amazing book about this subject. We actually fought in court for six years to win the copyright to it so that we could publish it and mail it (completely free of cost or obligation) to you. It is astounding, and it just takes the scriptures that are right there in your own Holy Bible and explains them. In Chapter 3, under the heading “Outer Space—Planets Now Dead,” he wrote:

Put together, all these scriptures I have used in this chapter and you begin to grasp the incredible human potential. Our potential is to be born into the God Family, receiving total power. We are to be given jurisdiction over the entire universe.

What are we going to do then? These scriptures indicate we shall impart life to billions and billions of dead planets as life has been imparted to this Earth.

That is your future! It is stupendous truth! And it indeed sounds incredible, unbelievable. No other church teaches it. But it is what the Scriptures say! And you can prove it for yourself, especially with this book. It will set your imagination ablaze like those blazing stars! It will inspire you no matter what sufferings you are facing in your physical life right now. It will change the way you look at pictures of space, the way you look at the night sky. I challenge you to read this precious book by Herbert Armstrong. It’s called The Incredible Human Potential.