Don’t Leave Your Voice in the Car
Opportunities are meant to be seized.
By Joel Hilliker • Feb. 23, 2021 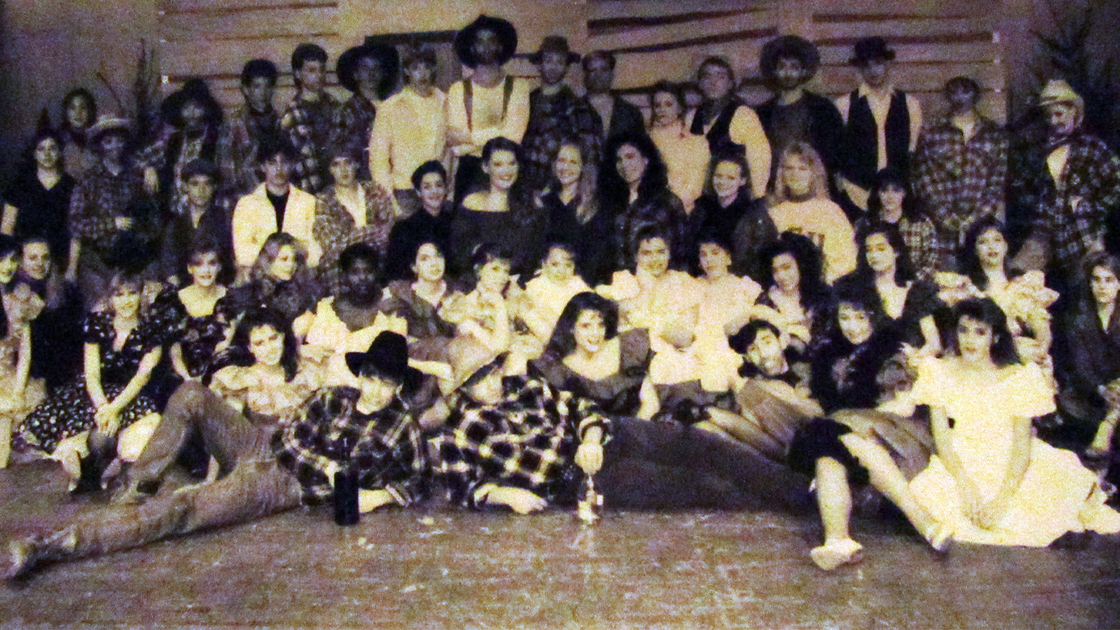 PCG
Cast of "Paint Your Wagon"

When I was a senior in high school, my school was staging a musical production called Paint Your Wagon. One of my friends, on a whim, decided to join. He dared me to join as well. I have been in many musicals since, but at that time I had never done anything like that, and had no desire to. But for some reason, I thought, Why not?

I talked to the director and informed him that I would miss two of the performances because they were scheduled on the Sabbath. He told me I could still be in the show, just not as one of the leads. This was music to my ears because a lead role was the last thing I wanted. I had never even sung in public! So I became Jack—a nondescript member of the chorus.

As we started rehearsals, I found myself actually enjoying being a part of this show, and had a blast at every practice.

In one scene, a bunch of cowboys sit around a campfire, and one cowboy sings “They Call the Wind Mariah.” It was the one solo that wasn’t assigned to a lead singer; any chorus member could sing it. I wasn’t chosen to sing this solo, but I learned it anyway. Every day I would drive home from rehearsal and practice in my car:

Away out here, they got a name for rain and wind and fire.

The rain is Tess, the fire’s Joe, and they call the wind Mariah.

This song built up to a high note that, at first, I could barely squeak out. But every day I got a bit stronger.

Mariah, MA-RI-AH! Blow my love to me!

As long as I was alone in my car, I could sing out with all I had. There in the confines of my 1979 Honda Civic, I was a star.

I told my friend that I had been learning the song. He encouraged me to sing it during the show. This idea petrified me, but deep down I was also kind of excited. Still, I never said a word to the director. I think my friend might have, because one night, the guy chosen to sing the solo was sick, and the director said, “Joel! You sing ‘Mariah.’”

This was my chance! I had been practicing, and now I knew I could hit those notes. There was just one problem: I had still never sung in front of anyone. The accompaniment music started. I stepped out in front of the director and all my peers, about to debut my voice to the world.

And I lost my nerve completely.

Rather than singing “Mariah” like I could, I turned the opportunity into a total joke. I clowned my way through the song, intentionally flubbing the notes and words, and got everyone laughing. I hammed it up to avoid being embarrassed. I didn’t have the guts to actually sing out.

Sure, I avoided looking vulnerable in front of my peers, but I blew the one chance I had to show my true talent. I knew I could sing that song, but I wasn’t brave enough to prove it.

When I think back on high school, that is one experience I wish I could do over. Like many young people, my self-consciousness and passivity caused me to squander that opportunity.

You probably know what Ecclesiastes 9:10 says: “Whatsoever thy hand findeth to do, do it with thy might ….” But keep reading: The last part of the verse gives us a reason why we should do everything with our might: “… for there is no work, nor device, nor knowledge, nor wisdom, in the grave, whither thou goest.”

Yes—life is short! We only have so much time and so many opportunities in this physical life, so don’t waste them. Seize the day! Push yourself, prepare for opportunity, and when it comes—grab it! Don’t let fear hold you back.

Colossians 3:23 is a similar verse: “Whatever you do, work at it with all your heart, as working for the Lord” (New International Version). God doesn’t want halfhearted followers—He wants young people that do everything with all their hearts, no matter what.

Most people in the world are too passive. They wait for life to happen to them. They’re too comfortable to stay in the background—to let someone else sing the solos. What about you?

Are you content to just be mediocre in your studies? Do you choose friendships that push you to be a better person, or just hang around those two or three you’re comfortable with?

Here’s a positive example. In Matthew 4, Christ came across two young fisherman. “And going on from thence, he saw other two brethren, James the son of Zebedee, and John his brother, in a ship with Zebedee their father, mending their nets; and he called them” (verse 21). And what were James and John’s response to Christ’s calling? “And they immediately left the ship and their father, and followed him” (verse 22). James and John were hard at work, but the moment Christ called them, they immediately dropped everything and followed Christ! Nothing would hold them back.

Here’s a negative example: Felix was the Roman governor over Judea during the time of Paul. Tertullus, an enemy of Paul, falsely accused Paul of sedition against the Roman government. Felix listened to Tertullus, and then called on Paul to give an explanation (Acts 24:24). “And as [Paul] reasoned of righteousness, temperance, and judgment to come, Felix trembled, and answered, Go thy way for this time; when I have convenient season, I will call for thee” (verse 25). What a tragic mistake! Felix actually trembled when he heard God’s truth from Paul—he was moved by it. But unlike James and John, he hesitated. He ended up waiting a whole two years before taking action, and by that point, he had lost all zeal. Had he been wholehearted, he could have freed Paul! Instead, he “left Paul bound” (verse 27).

At first, we might think we lack opportunities. That is simply not true. “He that is faithful in that which is least is faithful also in much: and he that is unjust in the least is unjust also in much” (Luke 16:10). We have to see that every small thing can be an opportunity. Every task, every choice, every conversation, is actually an opportunity—a chance to step out and become a bigger person. Your life is an unbroken string of such opportunities! Ask God to help you recognize them.

God is working to mold all of us into tomorrow’s leaders. God is giving each of his young people opportunities so they can show Him how well they will handle the biggest opportunity of all: joining the God family! Seize every opportunity, whether it be in your family, your congregation, at school, on the job, in your spiritual life, in your fellowship—and turn those opportunities into victories.

Don’t squander opportunities. Don’t leave your voice in the car: Unleash it on the stage. Whatever your hand finds to do, do it with your might—while you can!