Don’t Put All Your Lizards on One Leash
A lesson two and a half months in the making
By Ellie Hilliker • Jan. 14, 2021 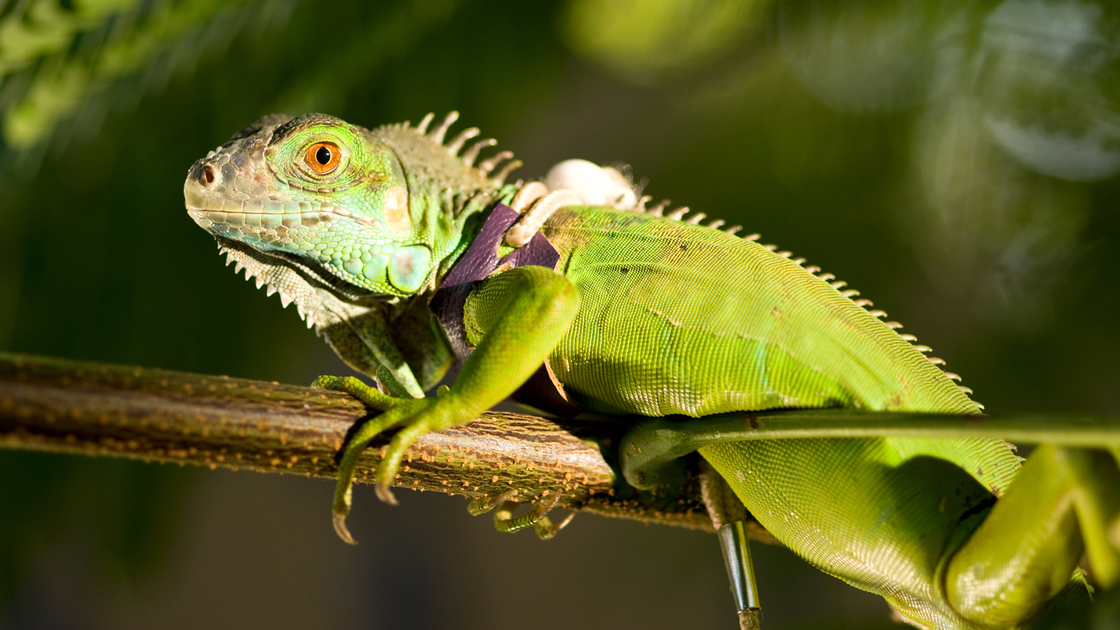 It was a sunny February morning, and I had decided to go outside to enjoy one of the few warmer days of the winter. At the time, I owned a gecko named Stripes. Being a child who wanted all of the cool new trinkets they sold for lizards, I had recently purchased a leash that was slightly too big for him.

That morning seemed like a good time to take him on the leash, and I brought him outside with me. However, my gecko is only about five inches long and not the type of animal you can get far with on a walk. So instead, I tied the leash to a small bucket in our driveway. I proceeded to play in the yard with my brother, looking back every now and then to make sure my gecko was still there.

Some time later, my mom came out and said, “Ellie! Noah! Come inside! We are going to watch a Key of David!” My brother and I rushed inside to see who could get there first. I definitely won.

When the program was over, I suddenly realized: I had left my gecko unattended. My stomach lurched as I rushed outside, hoping I wasn’t too late. Before I even reached the driveway, I saw the bucket and the leash—empty.

Stripes was nowhere to be found.

I rushed back inside and broke the news to my parents. They responded immediately by conducting a search of the entire yard. We searched for two hours, only stopping to pray that we would find the gecko.

The search was fruitless. My parents told me that we didn’t have time to continue looking, and I would have to rely on God.

Having experienced other miracles that God had performed in my life, I had no doubt that since we prayed about it, my gecko would be found immediately.

However, days passed. Then weeks. I began to doubt that I would ever see Stripes again.

Two and a half months passed. Stripes was forgotten. We even arranged to sell his cage.

One day, as I was in the garden, my mom came outside and yelled, “Ellie! I found Stripes!”

I hardly dared to believe her words. She called me inside into the laundry room. “I saw him run across the floor and into this closet!” she said. We opened the door, and sure enough, there was my gecko—skinny after two and a half months of no food—but still alive.

In the Good News of April 1980, Herbert W. Armstrong said:

So here is the lesson you must learn—the lesson of faith—if you would get answers to your prayers. First, search the Bible to see whether God has PROMISED to DO what you ask—but REMEMBER, God nowhere promises WHEN or HOW He will do it! That’s the thing to remember! Never forget it! God has not promised He will do it instantly, or when you expect, or how you expect. ALL He has promised is to DO IT! He does things in His own time. And sometimes I have found God is not in so great a hurry as we. And God works in mysterious ways to perform His wonders—not in the ways nor at the time we expect.

God waited two and a half months to answer my prayers which, as a child, seemed like a year. There was a major lesson He wanted me to learn through this: He always keeps His word. It wasn’t when I expected, or even hoped, but it did happen.

God, in all of history, has never broken a promise. That is quite a record. 2 Peter 3:9 says, “The Lord is not slack concerning his promise, as some men count slackness ….”

Imagine if we served a god who was only as reliable with keeping promises as most humans are. It would be impossible to trust Him to deliver us from afflictions. Instead, we serve a God that we can trust will always fulfill our needs. Being aware of this aspect of God’s character is crucial to building our faith.

Those two and a half months that I waited taught me a lesson in faith I will never forget.