Malachi’s Message: Your Personal Family History
Why this book is important to your parents—and to you.
By Mark Jenkins • Dec. 31, 2020 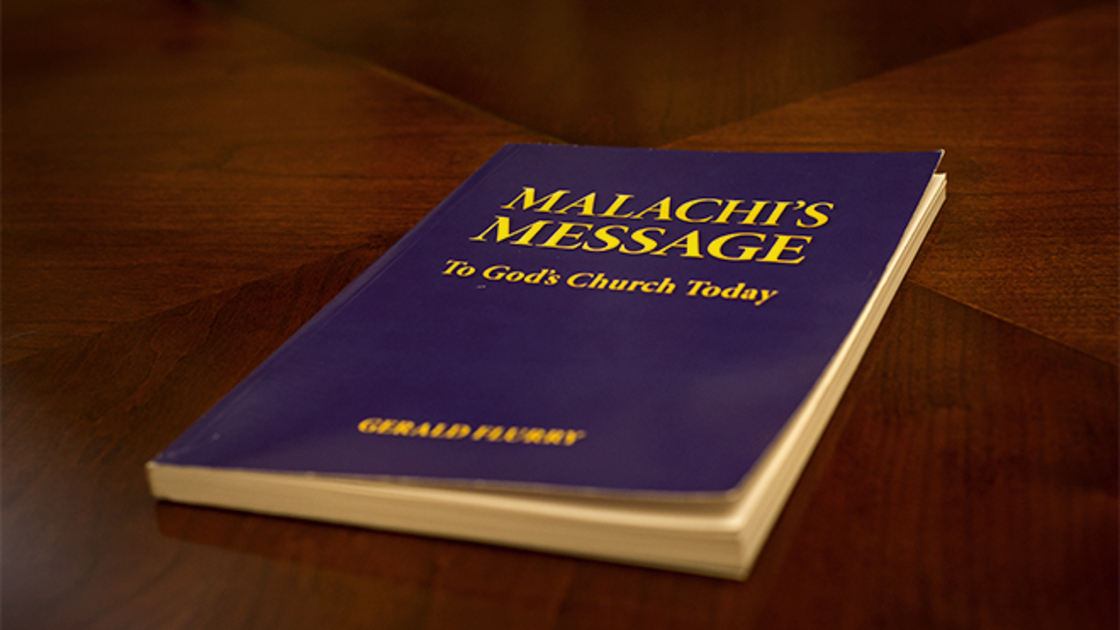 “Look at this!” she fumed, shoving the newspaper into my hands.

“What did they do?” I asked, knowing only that something bad had happened.

She responded with a noise that I interpreted as annoyed assent as I began to read Mr. Joseph Tkach’s “Personal.” It was true. Though Mystery of the Ages contained the “fundamental truths of God’s Word,” Mr. Tkach claimed, “we must realize that some of the peripheral or incidental points it contains give occasion to critics to fault the whole book. Some of these areas also tend to inadvertently mislead readers on a few points” (Feb. 20, 1989, Worldwide News).

This was only the latest incident—although perhaps the most significant to date; it would ultimately lead to a six-year court battle, wcg v. pcg, over this very decision and the subsequent attempt by Herbert W. Armstrong’s successors to keep his final book out of readers’ hands. Yet in many ways, the Church was already in chaos, and in less than a year, the Philadelphia Church of God would form.

As a teen in the pcg, you probably know many of the details surrounding the formation of our Church: how Mr. Gerald Flurry, then pastor of the Oklahoma City congregation, and his assistant pastor, John Amos, were fired over the material that would become Malachi’s Message, leading to the split in God’s Church. You doubtless know about the court case where we obtained the copyrights to Mr. Armstrong’s vital works, Mystery of the Ages being chief among them. Yet none of you had been born when these events happened. To the previous generation, though, these events were real life—and you should seek that history out, especially in your own family.

I remember well my mom’s distress when Mr. Tkach released his new healing booklet saying that it might not be God’s will to heal and that there was no such thing as physical sin. From that point forward, the ministry no longer applied the stripes of Christ when anointing, despite Isaiah 53:5 clearly showing that Christ’s beating made our healing possible. My mom got out Mr. Armstrong’s original booklet and had me, a 12-year-old, read his book next to Mr. Tkach’s, which exposed the satanic deception in that booklet.

Of course, reactions to the changes were not always perfect. My mom was thrilled when our pastor announced that makeup would be allowed. When the sun set, she went straight to a department store and restocked her makeup cabinet—she had performed on piano publicly for years and had never been happy with the loss of her cosmetics.

The next day, we went to our local choir rehearsal, and the makeup was on. Nor was she alone. Several women had already replenished their supply. But her joy was short-lived. After we went home, she exclaimed, “Jesus Christ thinks I look dirty!” She went straight to the bathroom, and removed it. All of the cosmetics went into the trash, and she never purchased or wore any of it again.

I remember the announcement that the Big Sandy campus would remain open, the exact opposite of Mr. Armstrong’s instruction, and her reaction to it: That is not what Mr. Armstrong wanted. I remember the 1989 sermons suggesting that the trinity might be all right after all, identifying God as a hypostases rather than a Family. Things were unraveling quickly, and the tension in my home was palpable because of it.

For her, and for many of your parents, the split in God’s Church was the most traumatic experience of their lives. Having been called to the truth by God the Father Himself, they watched as Satan-inspired men dismantled the Work of God. And though many knew something was happening in God’s Work, they didn’t know why. Then Malachi’s Message came.

I was 13, and we were privileged to get a copy of Malachi’s Message from a local deacon with the original January 16 shipment in 1990. It explained in detail what we were experiencing personally: The Laodicean era had taken root in God’s Church. Our last holy day in the wcg was the Last Day of Unleavened Bread, and we received a two-part sermon on Judas. Our local pastor knew something was up and decided to issue his sternest warning about “betrayal.”

One of our final Sabbath services featured a live sermon from Mr. Tkach who assured everyone that Mr. Armstrong told him to make these changes, a preposterous assertion to be sure.

The son of Wilbur Malone (one of the ministers in our congregation) and I read his dad’s exit letter together, which exposed the wcg’s doctrinal changes and pointed people toward Malachi’s Message. Its final words—“Brethren, you have now been told!”—which we read in unison with great exuberance, still ring in my ears. A few weeks later, after attending for so long in an area with five congregations and about 2,000 people, we held the first St. Louis pcg services in Mr. Malone’s house with only eight people, but all of the local pianists, present.

Revelation 10:9 says that the little book— Malachi’s Message—will be as sweet as honey in your mouth. And it was. The answers that Mr. Malone, my mom, the local deacon who came out with us and our families sought were finally there, made plain in that first spiral bound, Kinko-published edition of Malachi’s Message. The reason for the turmoil in our lives was now understandable as God exposed the man of sin and the Laodicean rebellion through Mr. Flurry. Seeing that God had moved His lampstand and that it would again shine brightly in His Church was “in my mouth sweet as honey.”

But that is only part of the verse. After the little book is devoured, “my belly was bitter.” We expected a mass exodus—surely out of 2,000 in the metro area’s congregations, a significant number would come. But most of God’s Family—our Family—had accepted strong delusion (2 Thessalonians 2:11).

In many cases, people were split from physical family—parents, brothers and sisters left behind in a Church no longer led by Jesus Christ. For those of us without physical family in the Church, we left our spiritual family behind. The teens I grew up with are simply not in God’s Church today, other than Ryan Malone, Mr. Malone’s son, who sits in the office next to mine. Most of the adults who taught and guided me in the wcg, other than his parents, never returned to the fold. Since that time, Mr. Flurry has shown that 50 percent of those people will lose their eternal lives—and that is bitter news. And it is intensely personal.

Perhaps you already have some idea of your family’s personal history with coming into God’s Church, with how Malachi’s Message affected their lives. If so, you already know how important this history is to them—and perhaps there are more details they haven’t shared with you waiting to be mined.

If you do not know that history as well as you should, this is a chance for you to learn more about your family and more about your Church, and a chance to learn why this book called Malachi’s Message was and is so important in the lives of your parents—and in your life as a young person with the privilege to grow up in God’s true Church.