The Hearts of the Children
Why Bible-based family instruction is so important to us
By Joel Hilliker • Dec. 8, 2020 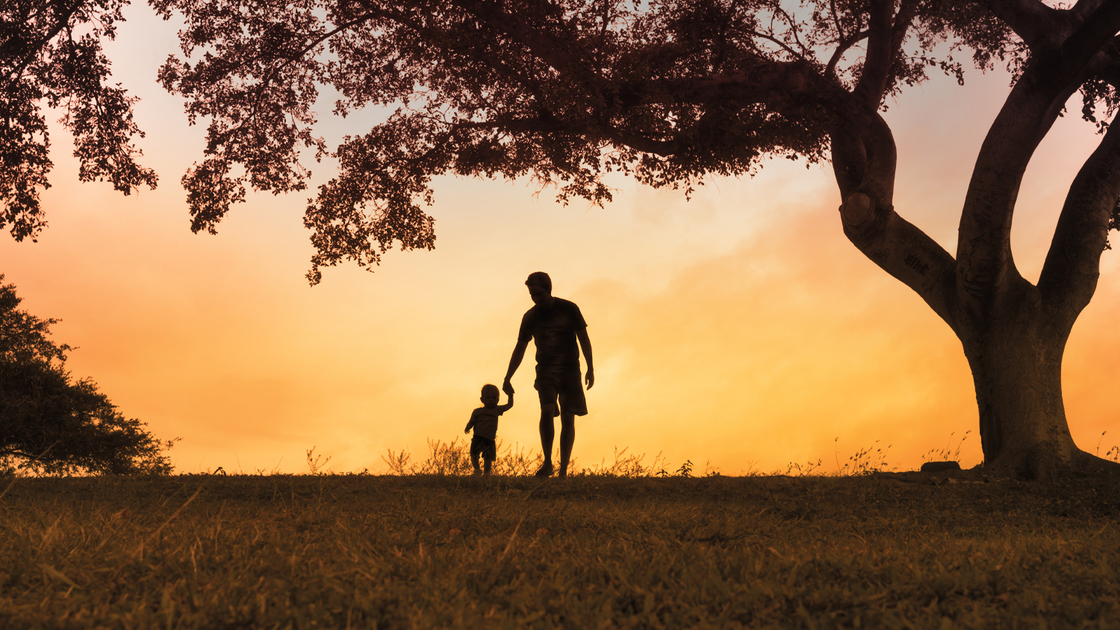 The summer I turned 17 was somewhat of a low point in my relationship with my parents. It wasn’t terrible, but it seemed we were arguing over more and more inconsequential things. I thought they didn’t trust me, and they thought I was drifting away from them.

But something happened that began to turn things around.

That summer I spent three weeks in Orr, Minnesota, at a Summer Educational Program—or sep. It was a camp sponsored by my Church, chockablock with activity—sports, waterskiing, a canoe trip, dorm life, dances—and a lot of time with the ministry of the Church in Bible studies, fireside chats and fellowship. I realized at that camp that I hadn’t been honoring my parents as I should have been. I resolved that when I returned home, I would do my part to improve the relationship.

I didn’t realize it at the time, but this change in my attitude was a very real fulfillment of an Old Testament prophecy.

Read this excerpt from a letter written on Jan. 15, 1984, by the man who founded the Worldwide Church of God (or wcg, which I attended as a teenager), Herbert W. Armstrong, to the members and co-workers of that Church.

“Here in Australia I have visited the sep summer camp for youths 13 to 18 years of age. … Words simply cannot describe the importance of these summer camps. These hundreds of young people will be adults being married and having children in just one decade. They will be leaders in the World Tomorrow. They are learning God’s way of fun, and are being taught God’s truth. Their lives are being changed. These camps and the Church’s Y.O.U. program for youths worldwide [which I’ll describe later] are turning the hearts of the children to their parents, and the parents to their children. And in this age when families are being broken up and youths are turning to alcohol, drugs, sex and violence—and becoming strangers to their parents—that is one of the vital things God is doing through His Church—as prophesied in Malachi 4:6.” That’s the prophecy I was talking about.

Later in the same letter Mr. Armstrong wrote, “Not only are these summer camps of such supreme importance but also our program of working with you parents so you may come closer to your children. As God’s apostle I call on you, brethren, to have a closer relationship with your children. The last two verses of the Old Testament are a prophecy showing how important that is for you, today!“

Here are those verses: “Behold, I will send you Elijah the prophet before the coming of the great and dreadful day of the Lord: And he shall turn the heart of the fathers to the children, and the heart of the children to their fathers, lest I come and smite the earth with a curse” (Malachi 4:5-6). These words beautifully describe Mr. Armstrong’s work. Over his 57-year ministry, he labored intensively to build families and turn hearts.

The Y.O.U. program mentioned in that letter was Youth Opportunities United. As a teen I attended regular Y.O.U. sporting events, dances, talent showcases, fundraisers and socials with my peers and my parents.

In its publications (particularly the Good News, which had a circulation of about 1 million, and the Plain Truth, over 8 million), the wcg printed regular articles on marriage and family, including dating, sex, childbirth, every aspect of every phase of parenting and child development, even grandparenting. Then, beginning in 1981, it began printing a Youth magazine for teens, with frequent features on building strong intergenerational relationships.

Mr. Armstrong also founded three campuses of Ambassador College to teach true values to the young people of the Church. The instruction included classes on basic principles of living, and on marriage and family. Every effort was made to give graduating students the best possible foundation for a happy, productive marriage. Throughout the Church, couples were required to counsel with the ministry before marriage and given the knowledge on how to build a successful and enduring family.

This was all specifically meant to fulfill Malachi’s prophecy, a job Mr. Armstrong took very seriously. At the heart of the issue was the deep and little-understood biblical truth that we are preparing now to enter God’s eternal Family (explained in Mr. Armstrong’s book The Incredible Human Potential), a promise that makes success in building our families today a towering necessity.

After Mr. Armstrong’s death, the Worldwide Church of God quickly began turning its back on this legacy of Bible-based family instruction. Within four years, the Philadelphia Church of God, which publishes this magazine, was founded and resumed the crucial work of turning the hearts of family members toward one another.

It is the blueprint given us by Mr. Armstrong that guides us in this work.

The Royal Vision has taken the place of the Good News to provide Church members and co-workers (and anyone else who requests it) with solid scriptural instruction on building strong families, in addition to a multitude of other topics. The Trumpet, like the Plain Truth, reaches a much wider audience. The True Education magazine replaces Youth in helping teens navigate life and guiding them toward closer relationships with their parents.

Herbert W. Armstrong College has filled the gap left by the now-defunct Ambassador College. Our ministers regularly provide marriage counseling and child-rearing help to our members. This summer, we had 119 teens come to headquarters in Edmond, Oklahoma.

If we do our job right, we’ll help turn their hearts toward their fathers—just as mine was turned because of the work of Herbert W. Armstrong.