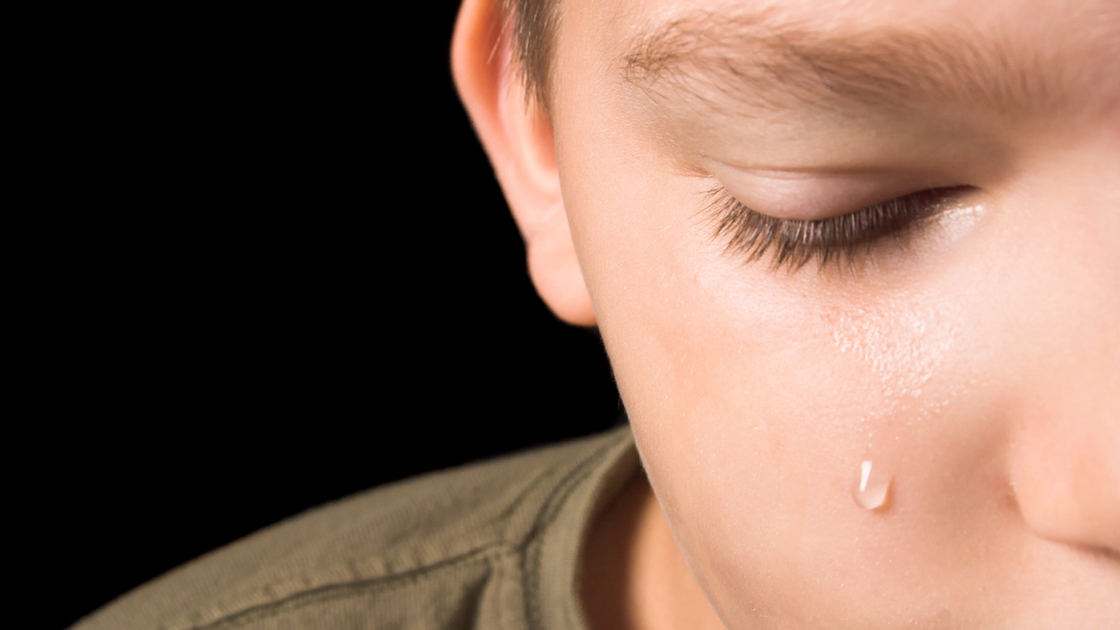 Being called a “crybaby” was one of the worst insults you could receive as a young kid. (It doesn’t help if your first name rhymes with “cryin’.”)

One of the badges of growing up was getting hurt and being able to tell your friends at grade school that you didn’t even cry.

As we get older, we might allow ourselves to cry at things that hurt—more at emotional things than physical injury. Then there are some who refuse to cry at anything.

I knew someone who would utter a heartfelt sentiment to my wife and me, start to get choked up, and then laugh through the statement, “I’m not going to cry!” But later, when a tragedy struck in that person’s life, they told us about it and said, “I told myself I was not going to cry.” After some follow-up, it was clear that they believed crying in front of another person was a character flaw, that showing emotion—mind you, even because of a real tragedy—was a sign of weakness.

The wise Solomon said, “To every thing there is a season, and a time to every purpose under the heaven” (Ecclesiastes 3:1). In this passage, God inspired him to list moments that are the antithesis of the other—like two sides of a coin—and yet appropriate depending on the occasion. Verse 4 says, “A time to weep, and a time to laugh ….”

Consider the laughing side of the coin. Imagine someone wanting to laugh, but refusing to do so in front of anyone. After hearing a joke, they say, “I told myself I’m not going to laugh,” as they hold back their chuckles. Seems silly, doesn’t it? (Go ahead, laugh. It’s funny.)

I’m not suggesting you turn yourself back into a crybaby who tears up at the slightest tinge of sadness. But realize: Controlling emotion and suppressing emotion are not the same thing.

Jesus Christ was the most emotionally balanced individual who ever walked this Earth—and you often knew what emotions He was feeling because He showed them. Men wrote down that He was “moved with compassion,” sometimes with “indignation”; He “groaned”; He “sighed”; He “wept.”

“Jesus Christ is our example,” Herbert W. Armstrong wrote in an article titled “Emotional Maturity” in the August 1978 Plain Truth. “Can you comprehend what extreme deep feeling Jesus experienced when He looked out over the city of Jerusalem, whose deceived, erring, wrongdoing people He loved, and cried out: ‘O Jerusalem, Jerusalem, thou that killest the prophets, and stonest them which are sent unto thee, how often would I have gathered thy children together, even as a hen gathereth her chickens under her wings, and ye would not!’ (Matthew 23:37). Here was emotion expressed. But it was intelligent expression of feeling—not unthinking, unguided sensual impulse. It was filled with deep meaning!”

The most famous verse about Christ’s display of emotion is also your Bible’s shortest verse: “Jesus wept” (John 11:35). The very next verse shows that people didn’t even understand the real reason He was crying, so He didn’t even mind His tears being momentarily misunderstood.

That article by Mr. Armstrong addresses three types of emotional immaturity—two of which relate to showing no emotion. One completely chokes off emotion: “[T]heir emotions have been stifled and put to death. They no longer feel deeply about anything. They are utterly devoid of real sincerity, any depth of gratitude, any feeling of compassion or real sympathy. Their emotions never grew up to maturity—their emotions died in infancy.”

The other kind of emotional maturity describes “those who neither choke off their emotions with mental control nor exert energy generating them. They are just listless—indifferent. They feel no purpose in life. They have no ambition. They have no spark. They do not radiate—they are like dead fish. … They have no personality. They are nonentities. There isn’t enough life in them to generate any emotional response.”

Emotional maturity—or control—is not crucifying emotion or numbing any feelings that well up inside you. The Bible gives plenty of direction in this matter. Feel your feelings. Don’t let them control you, or make your decisions for you, but don’t put them to death either. The fruits of doing that can be tragic. People who have numbed themselves to the point of feeling nothing are capable of some self-destructive (and even outwardly destructive) behaviors.

Look to Jesus Christ as your example. Yes, don’t be a crybaby. Control your emotions. Laugh when appropriate. And weep when it’s time to weep. That is healthy.