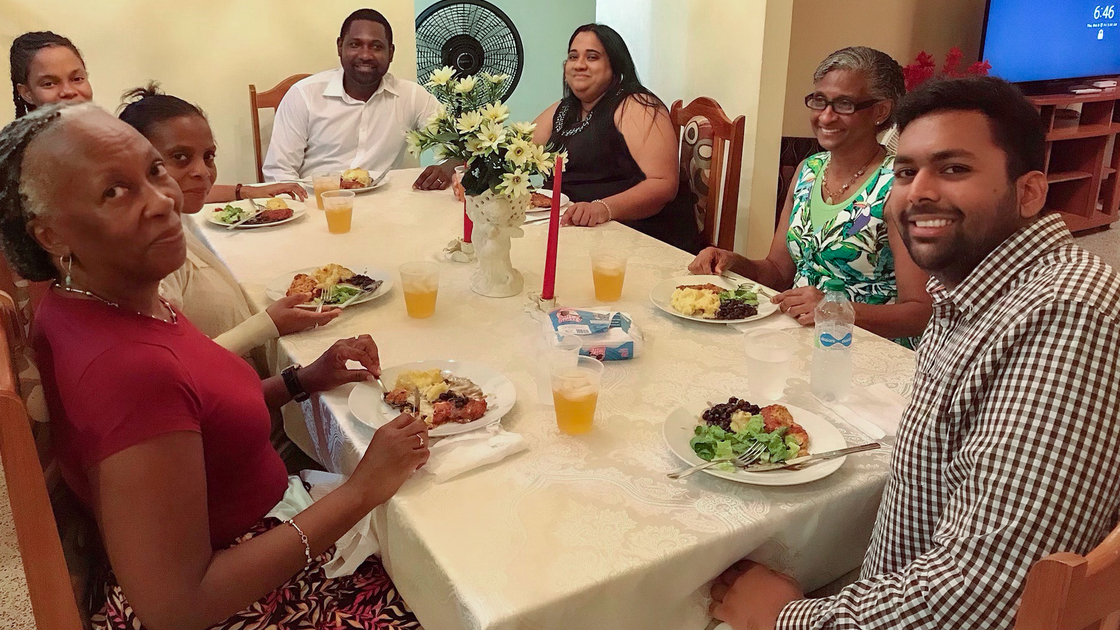 TRINIDAD—The Caribbean Feast of Tabernacles site was cancelled this year due to Covid-19 mask mandates, bans on church gatherings, all eat-in facilities, beaches and parks closed, and all public gatherings restricted to five people, yet this year’s Feast was still the best ever.

Initially disappointed by the cancellation of the Caribbean site, members found that God nonetheless provided lawful ways for members to keep the observance. Most Philadelphia Church of God members in Trinidad moved out of their homes into rentals to keep God’s command to live in temporary dwellings. And not long before opening night, a deacon noted a provision in the government’s Covid-19 health guidelines that allowed for gatherings of 10 people to watch or hear electronic recordings or streaming of church services, provided they adhered to social distancing protocols. Members followed these guidelines and were able to use two meeting spaces.

Applying the principle of Deuteronomy 16:16, 20 heads of households met in the two halls on October 2 and heard an opening night message from Preaching Elder Sam Seebran.
For the seven days of services, a rotating schedule allowed different members in groups of 10 into the two meeting halls. Regular song services and prayers were conducted in one hall and relayed by telephone to the other, and the recorded messages from Church headquarters provided through pcg.church were played. Other members listened to the recordings in their rooms in groups of five or fewer. For the Last Great Day, a telephone link was made between the three meeting halls and three homes, serving all members, plus the congregations in Barbados and Grenada.

Members were able to hold a singles activity that eliminated the need for outdoor dining or other restaurant services and instead took the form of a progressive dinner. The Family Day activity was a scavenger hunt where groups of five or less drove around the area taking photos at various sites to answer a list of written clues. Using a member’s building annex as a third meeting location, members viewed the Behind the Work and Celtic Throne video presentation in three groups of 10 each over two evenings.