Meet the Imperial Academy Class of 2014
EDMOND—On the 20th day of the fifth month of 2014, 10 feet walked about 250 steps across the stage of the John Amos Field House on the Herbert W. Armstrong College campus and five Imperial Academy seniors squeezed their five diplomas into their 50 fingers. But it …
By Breanna Leiferman • May 27, 2014 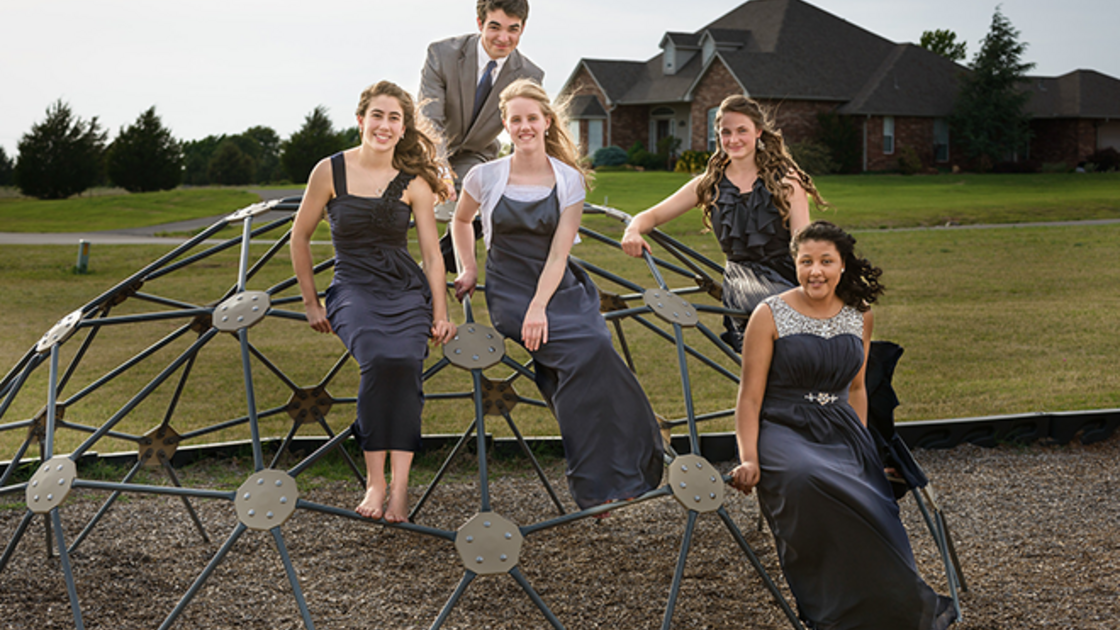 EDMOND—On the 20th day of the fifth month of 2014, 10 feet walked about 250 steps across the stage of the John Amos Field House on the Herbert W. Armstrong College campus and five Imperial Academy seniors squeezed their five diplomas into their 50 fingers. But it wasn’t just another graduation (Imperial’s sixth) and a matter of adding another five to the incrementally growing list of graduates. Each of those five seniors—Calela Brooks, Stephanie Cocomise, Amber Eagle, Arianne Olsen and Cory Szabo—has a story.

All five of the graduating seniors spent the balance of their Imperial career as online students. Eagle, the only local senior, relocated to Edmond only a month and a half before graduating. Before that, she attended online from Columbus, Ohio. Cocomise attended from Iowa City, then from Spring Hill, Florida, for her senior year. Brooks attended from Tulare, California; Olsen attended from South Bend, Indiana; and Szabo attended from Norwalk, Connecticut.

All five have one thing in common: Each of them came into the Philadelphia Church of God at a very young age. Cocomise and Szabo were both born into it, Brooks’s first Sabbath service was at 7 months old, and the Eagles joined when Amber was 4.

Eagle, who switched to Imperial Academy after being homeschooled, said that “getting familiar with the technology and being intimidated by the camera” was a significant adjustment. “Being online was really challenging some of the time because of the technology; it’s never a sure thing that you’ll have a day without technical issues,” she said. “One time my microphone malfunctioned, and when I went to speak, it made me sound like a chipmunk.”

Cocomise said Imperial’s technology and organization keep getting “better and better.” She and the other seniors also said that attending the Church’s school was a blessing. After switching from public school, she said she enjoyed starting the day with Bible class, hearing forums, special assemblies and learning about activities on campus. “Through a computer screen, you’re right at headquarters every day,” she said.

Brooks and Olsen both said that World History, taught by Shane Granger, was a favorite class. “Mr. Granger brought the Bible into history, and made history truly come alive and be relevant to today,” Olsen said. Brooks said the class “made the Bible come alive” and got her excited about the history of the Israelites, which she heard nothing about in public school.

Szabo said the class that impacted him the most was the health class he took in 2010. “It taught me the importance of living healthy and being active,” he said. When he transferred to IA after attending public school, he learned “how important going to school is, and always being teachable.”

Eagle, Olsen and Szabo are among those eagerly awaiting letters from Herbert W. Armstrong College. Brooks and Cocomise have received theirs; they will be attending in the fall.