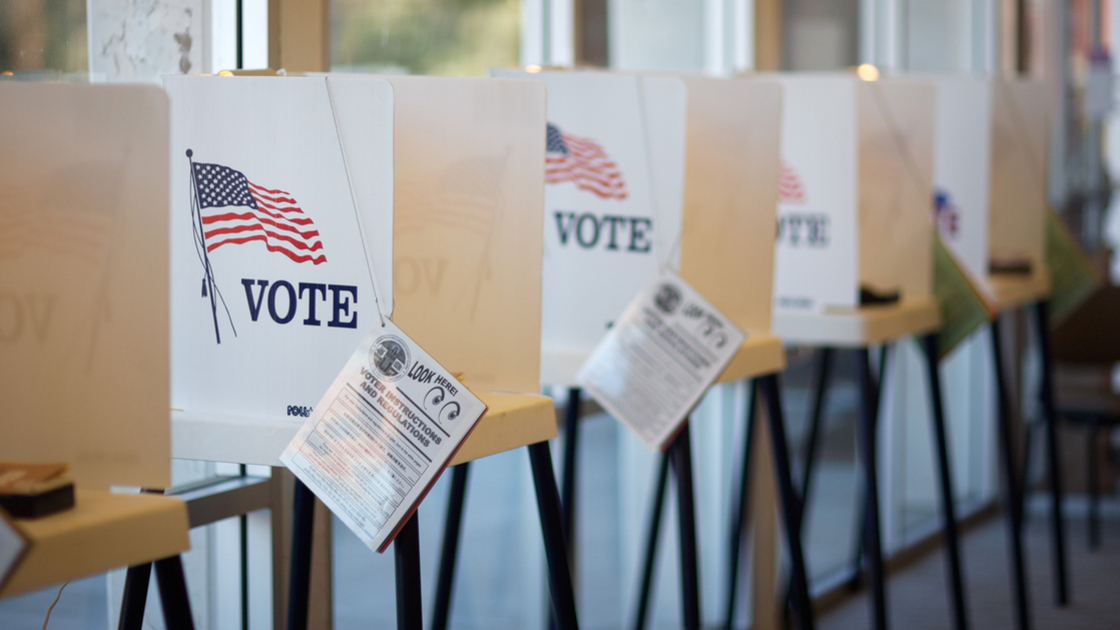 As America faces a hotly contested presidential election, many religious people are weighing in on who the next president should be. Many believe they have a responsibility to vote for the candidate they believe God wants in office.

Intriguingly, though, there are people on both sides of the political divide who say they follow Jesus. So you have to ask, Whose side is God on? How can you know the answer?

In the November 1960 Plain Truth, Herbert W. Armstrong addressed this point, based on the teachings of the Bible. “Most churchmen today, viewing everything from the perspective of this world today, blindly assume this is God’s world. They see certain forces of evil in it, and these they feel they must oppose. They see the Christian duty to be that of working to make this a better world,” he wrote. “That concept is a wrong viewpoint altogether.”

This is a critical point that most churchgoers would disagree with. But it is a plain teaching of the Bible. 2 Corinthians 4:4 calls Satan “the god of this world.” Revelation 12:9 says he has “deceived the whole world.” “This is not a world of God’s making,” Mr. Armstrong continued. “This is Satan’s world! Satan is the invisible god of this world. He is the author of its organization, its basic philosophies, its systems of government, business, society—yes, and religions!” Scripture labels it “this present evil world” (Galatians 1:4).

That is why, no matter who is in office, we always see appalling evils. Some politicians are less unrighteous than others; some embrace more biblical principles than others. None, however, try to run their governments by the law of God; if they did, they wouldn’t be in office for long. Rather, enormous effort is made to keep church and state separate.

A Christian is to emulate Jesus Christ, and Christ cares deeply about government. In fact, He came the first time to preach a message about government. During His time on Earth, He also qualified to replace Satan the devil. But He hasn’t assumed that throne yet. He told the Roman governor Pilate that He was “born to be a king,” but His servants did not fight because His Kingdom was not on Earth (John 18:36-37). But He announced the soon-coming destruction of all human, imperfect, ill-devised governments, to be superseded by one world-ruling kingdom under God the Father!

Apart from making this news announcement, though, Christ was not politically active. He “rendered unto Caesar that which was Caesar’s”—as we all should—but He did not play an active role in man’s governments. In fact, 2 Corinthians 5:20 calls true Christians “ambassadors for Christ.” An ambassador is one who represents a foreign government. Christians represent God and God’s government. As ambassadors and citizens of the Kingdom of God, Christians are no longer to be involved in man’s systems of government.

Notice: “For our citizenship is in heaven, from which we also eagerly wait for the Savior, the Lord Jesus Christ” (Philippians 3:20; New King James Version). Christ taught that His Kingdom was not of this world. Consequently, His servants have no part in, but rather, are called out of this world (John 18:36; Revelation 18:4).

The Bible reveals that it is God who sets up rulers and removes them according to His will (Daniel 4:17). The governments holding power do so only as long as God allows. While they do, Christians are instructed to be subject to them (Romans 13:1). If, however, there should be a conflict between the laws of God and the laws of man, then, of course, we are to obey God rather than man (Acts 5:29).

Very soon God will strip all power from the kingdoms of this world. “And in the days of these kings shall the God of heaven set up a kingdom, which shall never be destroyed: and the kingdom shall not be left to other people, but it shall break in pieces and consume all these kingdoms, and it shall stand for ever” (Daniel 2:44). “And the seventh angel sounded; and there were great voices in heaven, saying, The kingdoms of this world are become the kingdoms of our Lord, and of his Christ; and he shall reign for ever and ever” (Revelation 11:15).

In the wonderful World Tomorrow, there simply won’t be any candidates to vote for! Jesus Christ will return to set up God’s Kingdom, a world government with righteousness and justice. We are admonished to pray for His Kingdom to be established on Earth (Matthew 6:9-10), because then and only then will this world’s problems be solved. For more information, read The Wonderful World Tomorrow—What It Will Be Like.