PCG members: In addition to PCG Signposts, sign-up for the members-only Friday Philadelphian weekly email newsletter! Click here or email news@pcog.org ✖
Your New Jerusalem Office
Take a look at what’s on the desk of the city planner of Earth’s largest city.
By Colin Hercus • Oct. 8, 2020 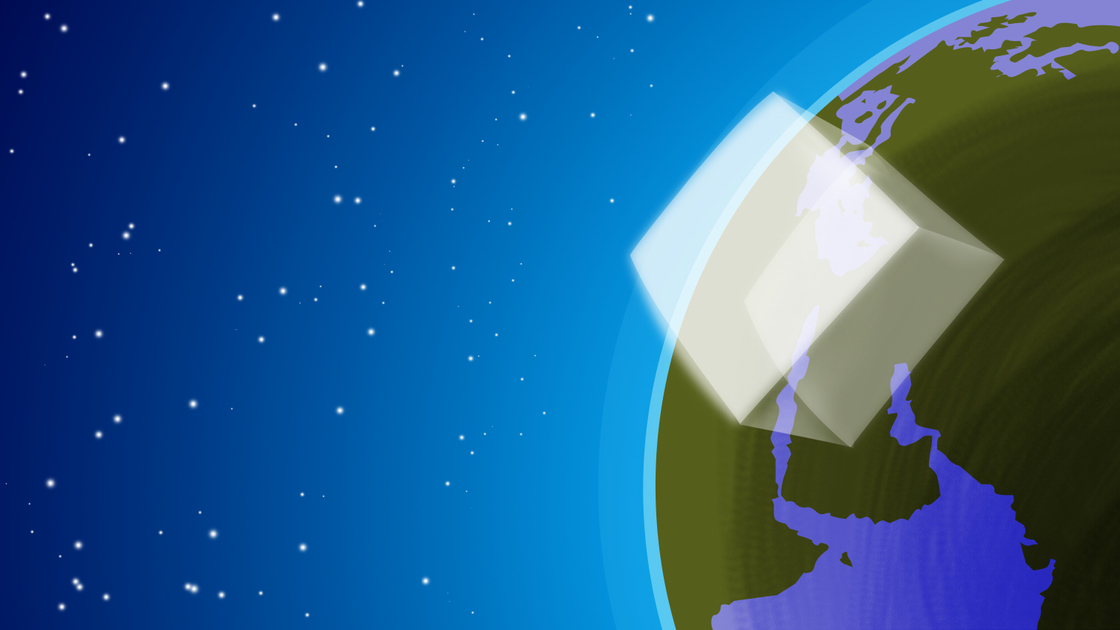 In John 14:2, Jesus Christ says: “In my Father’s house are many mansions [or offices]: if it were not so, I would have told you. I go to prepare a place for you.” There are offices and positions being prepared for us right now in the Father’s house. But where will His house be located?

In John’s Gospel—The Love of God,Royal Vision editor in chief Gerald Flurry writes about this verse: “Where is the Father’s house? In the Millennium, it will be the temple in Jerusalem. But Christ was talking about a time beyond the Millennium, because the office we hold in the Millennium will carry over into eternity! … The new Jerusalem will be filled with real offices! We will live and work in that beautiful, fabulous, magnificent house forever with our Father and our Husband!”

Ultimately, new Jerusalem will become our office, our home for all eternity, with positions that Jesus Christ is filling right now! We are being prepared now for positions in God’s house in new Jerusalem.

How often do you consider your own office in God’s Kingdom and where that office will be located? God records a lot of detail about new Jerusalem because He wants our minds focused on it today. He does it in a way that truly captivates the human imagination. God provides this description so we can mediate on it.

In Revelation 21, God gives a fascinating description of new Jerusalem. He describes the brilliant light emanating from it, the 12 gates, its physical size, and the gold, glass and precious stones that comprise the foundation and walls.

One of the mind-staggering features of new Jerusalem is its size.

In verse 16, God gives us the dimensions of new Jerusalem: “And the city lieth foursquare, and the length is as large as the breadth: and he measured the city with the reed, twelve thousand furlongs. The length and the breadth and the height of it are equal.”

For the length, breadth and height to be equal, it would have to be a mountain-like shape, either as a cube or perhaps a pyramid. Translating 12,000 furlongs into miles, new Jerusalem would be 1,500 miles high, 1,500 miles long and 1,500 miles wide.

Can we picture the immensity of new Jerusalem in our minds? Fifteen hundred miles is a long way, but how long? Let’s first look at it in two dimensions on a map.

With Jerusalem today in the middle of our map, this would be the approximate footprint of new Jerusalem. It is almost touching the boot of Italy, includes all of Greece, across the Black Sea to include Turkey, through Georgia to the Caspian Sea including Armenia and Azerbaijan, down through Iran to include Iraq, Syria, Lebanon, Israel, Jordan, a great chunk of Saudi Arabia, all of Egypt into Libya, and half the Mediterranean including Cyprus. That is a total area of 2.3 million square miles! That is three quarters the size of the continental United States! If just the footprint of new Jerusalem were a country today, it would be the seventh-largest country in the world, just behind Australia!

Beijing is minuscule by comparison. New Jerusalem is 650 times larger in surface area alone. To help us further comprehend just how large it is, if we applied the same population density that is in Beijing to that of the area of new Jerusalem, God’s city would have a population of 14 billion people, almost double the world’s population today! And this comparison doesn’t even take into consideration that new Jerusalem is as high as it is broad and wide.

We know that new Jerusalem is a spiritual city and physical human beings will not live in it (verse 27), but this comparison gives us an appreciation of just how immense it will be.

What does new Jerusalem look like when you take into account that it is a city that climbs 1,500 miles above sea-level? It dwarfs anything else on Earth! It would take 11 hours to fly around it in the Church G450 airplane, assuming it didn’t have to refuel. That is some city!

God gives us these dimensions in physical terms for a reason. He really wants us to visualize and meditate on how great new Jerusalem will be. God is conveying to us a vision of the immensity and significance of this spiritual city. He wants us to be excited about our new Jerusalem office. It needs to be real to us.

God even predicates the description of new Jerusalem around its purpose as described in the preceding verses in Revelation 21. “And I John saw the holy city, new Jerusalem, coming down from God out of heaven, prepared as a bride adorned for her husband” (verse 2). When God sees new Jerusalem descending from heaven to Earth, He sees His Son’s Bride. New Jerusalem will be the home, the office, for the Bride of Christ!

“And I heard a great voice out of heaven saying, Behold, the tabernacle of God is with men, and he will dwell with them, and they shall be his people, and God himself shall be with them, and be their God” (verse 3). New Jerusalem will be the office not only for the Bride of Christ, but also for God the Father and Jesus Christ.

“And God shall wipe away all tears from their eyes; and there shall be no more death, neither sorrow, nor crying, neither shall there be any more pain: for the former things are passed away” (verse 4). This is describing the Work that God will do from new Jerusalem, from our office. His Family will use it as a base of operations to repair the whole universe! As Herbert W. Armstrong explained so beautifully in Mystery of the Ages, this new Jerusalem work will restore the universe and expand God’s Family!

Isaiah 9:7 tells us, “Of the increase of his government and peace there shall be no end, upon the throne of David, and upon his kingdom, to order it, and to establish it with judgment and with justice from henceforth even for ever. The zeal of the Lord of hosts will perform this.” God’s government and peace, and the throne of David, are going to emanate from our new Jerusalem office for eternity!

The establishment of new Jerusalem on a new Earth is just the beginning. New Jerusalem becomes the new mustard seed. It is the beginning as Mr. Armstrong wrote when concluding Mystery of the Ages.

To achieve all this will take a headquarters city of enormous size and magnificent splendor. Take the time to meditate on the description of new Jerusalem in Revelation 21. Let it inspire and motivate you to prepare now to rule and teach. It is the reason God gave us this description. And, after all, it is your new Jerusalem office.