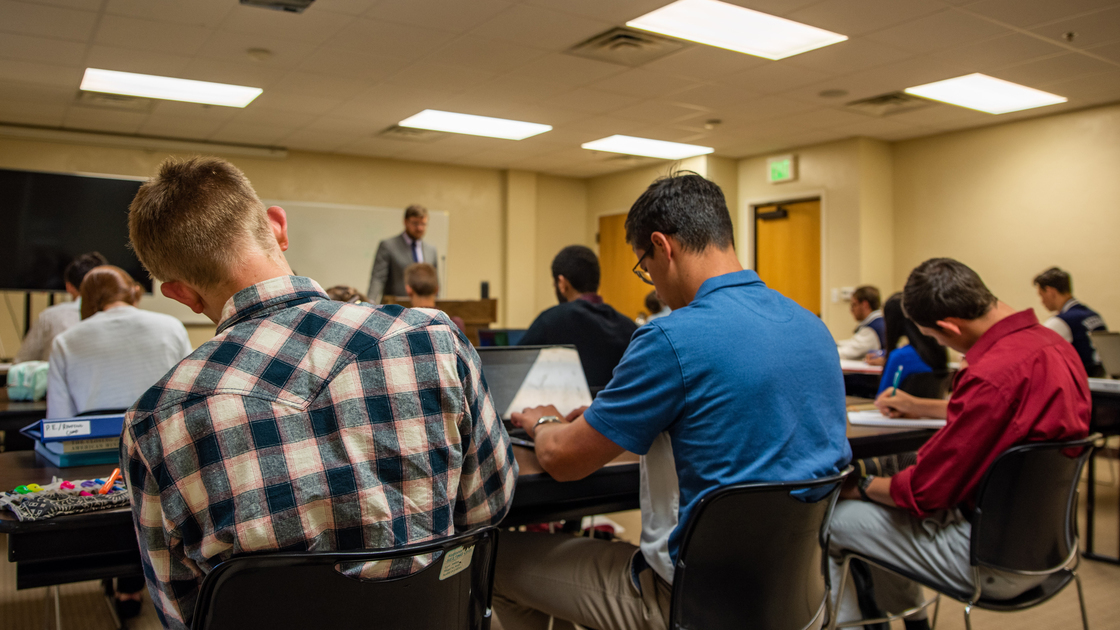 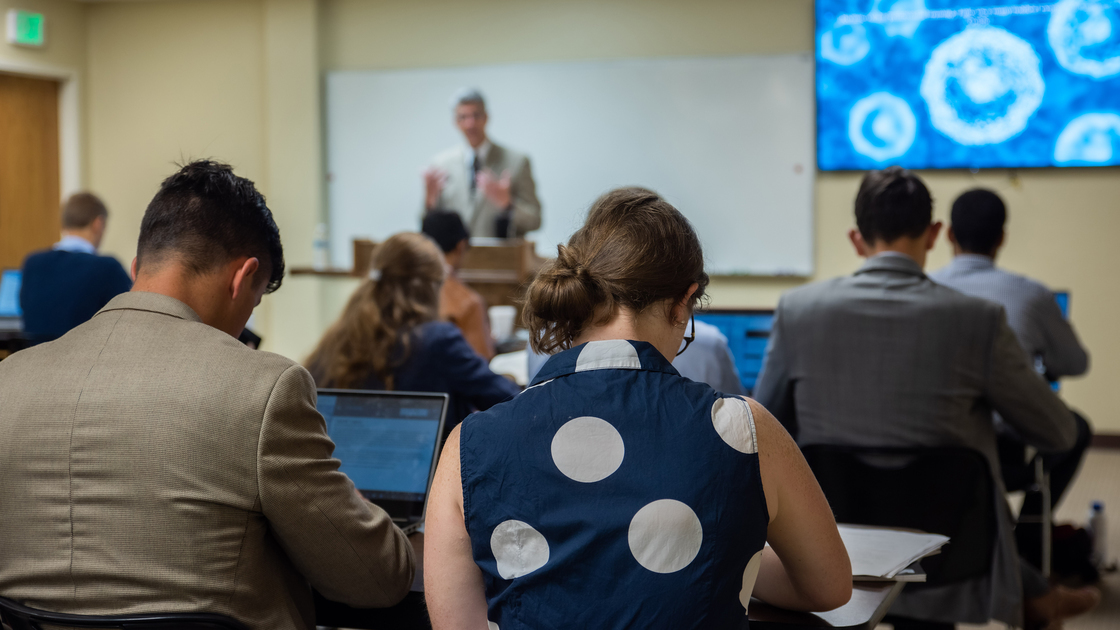 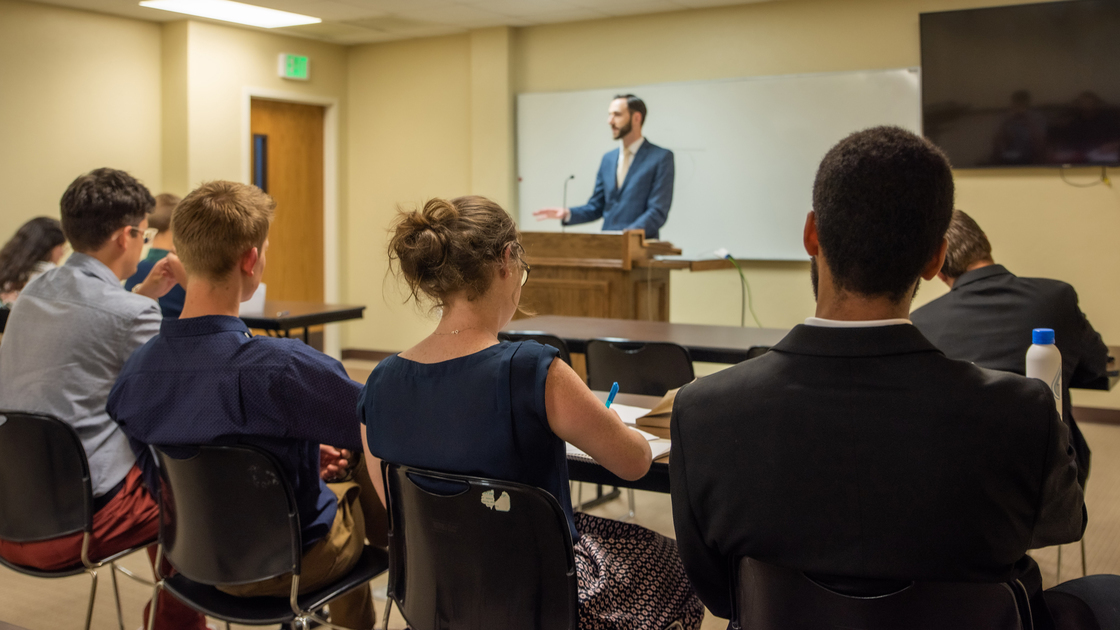 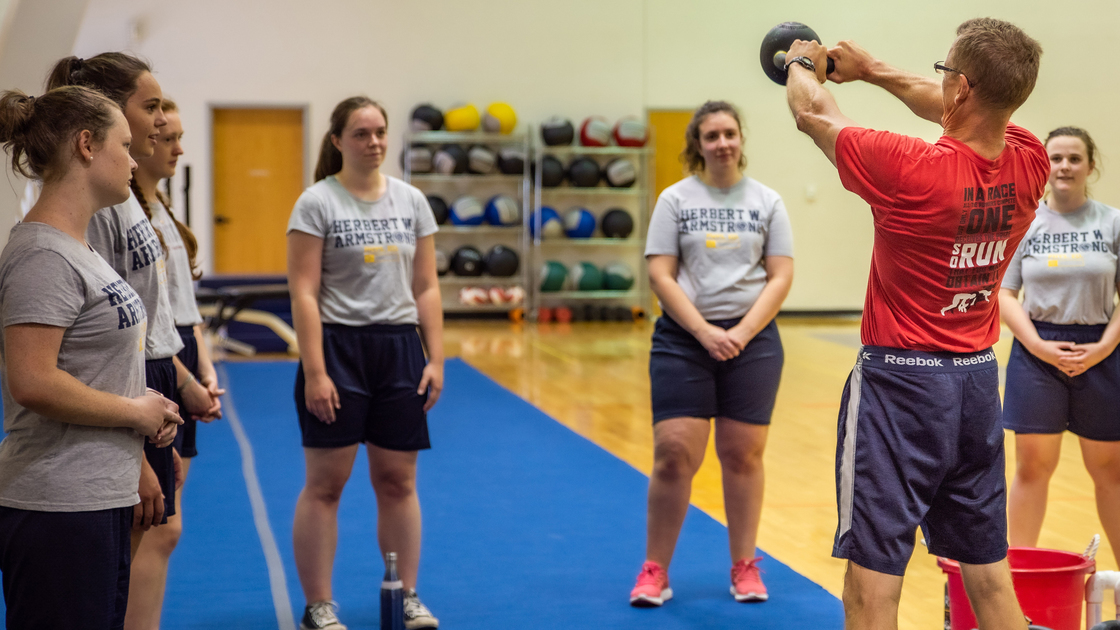 EDMOND—The clamor of footsteps, ruffle of paper and hum of excited chatter are the sounds to which 20 new Herbert W. Armstrong College freshmen are becoming accustomed. Each morning, a multicolored stream of skirts and ties walks, cycles and occasionally runs its way to its respective classes at Barbara Flurry Memorial Hall.

Mondays, Wednesdays and Fridays at 8 a.m., freshmen take their seats in a large, sunlit classroom to learn about the acts and words of the Messiah in Life & Teachings of Jesus Christ with instructor Wayne Turgeon, who is also the dean of students for the Edmond campus. This week, students learned about the lives of the apostles who wrote two of the gospels, Luke and John, learning that Luke had been a medical professor before being called and was perhaps the most educated gospel writer. He wrote both the Gospel of Luke and the Acts of the Apostles, dedicated both to a man
named Theophilus. John was Christ’s closest physical friend and wrote his gospel to emphasize “Christ as God.”

After some laughs and farewells to the dean, freshmen pull out their vocabulary cards, a sign that it is time for English Composition and instructor Mark Jenkins will enter the room any minute. He teaches the freshmen how to break down sentences, write essays, papers and news articles, and to think more deeply.

Mondays and Wednesdays, Jenkins also teaches the third class of the day, Reading Comprehension. For this 55-minute block, students learn to improve their reading, mark up articles and improve their study techniques. This week, students heard guest lecturer Brandon Nice emphasize “be where you are”: focus on the task at hand, whether it is completing homework, finishing a project on the jobsite or listening to a lecture.

Tuesdays and Thursdays, the freshmen start the day with other Armstrong students, as well as Imperial Academy grade schoolers and high schoolers, for Forum. Afterward, the freshmen head to Principles of Living to learn about the basics of godly living with assistant dean Eric Burns. This week, he covered the Bible’s similarity to a jigsaw puzzle, as Herbert W. Armstrong characterized it in Mystery of the Ages, which must be put together. In “Modern Education: Cut Off From God,” Mr. Burns lectured on the influence of Satan on mankind from the Garden of Eden to modern universities.

After Principles of Living, freshmen shove assigned reading, notebooks and laptops into their backpacks and head down the hallway to History of Western Civilization. Well-traveled instructor Shane Granger shares his enthusiasm for the subject and starts at the very beginning of human civilization, 6,000 years ago, through Greek and Roman times and marches on to modern history. This week, freshmen learned that the patriarch Abraham’s heavily influenced music and other culture in Austria and astronomy and other sciences in Egypt.

Tuesday and Thursday afternoons, freshmen attend Fundamentals of Speech with instructors Harley Breth and Jason Cocomise. The class is designed to challenge students, encourage confidence and improve communications abilities. This week, students gave their icebreakers, the first of many speeches they will give at Armstrong.

Three times a week, freshmen take Physical Education, along with sophomores. At the John Amos Field House, students begin class with a warmup developed at La Sierra High School in the 1950s. After practicing pushups, jumps, hops and mountain climbers in proper posture and movement, they learn and practice other lifts, movements and skills. On Wednesday, instructor Joel Hilliker taught freshmen how to use barbells and kettlebells and coached them through a workout of pushups, lunges and kettlebell swings.

From definitions of Greek words to the spirit of modern education to Egyptian astronomy, to barbell front-squats and plenty in between, freshmen are learning new information, new aspects of character, a new appreciation for the Sabbath as a rest day, and new foundations for future learning.