Facing the Flame
The best firefighter in the whole universe
By Jessica Bellet • Sep. 3, 2020 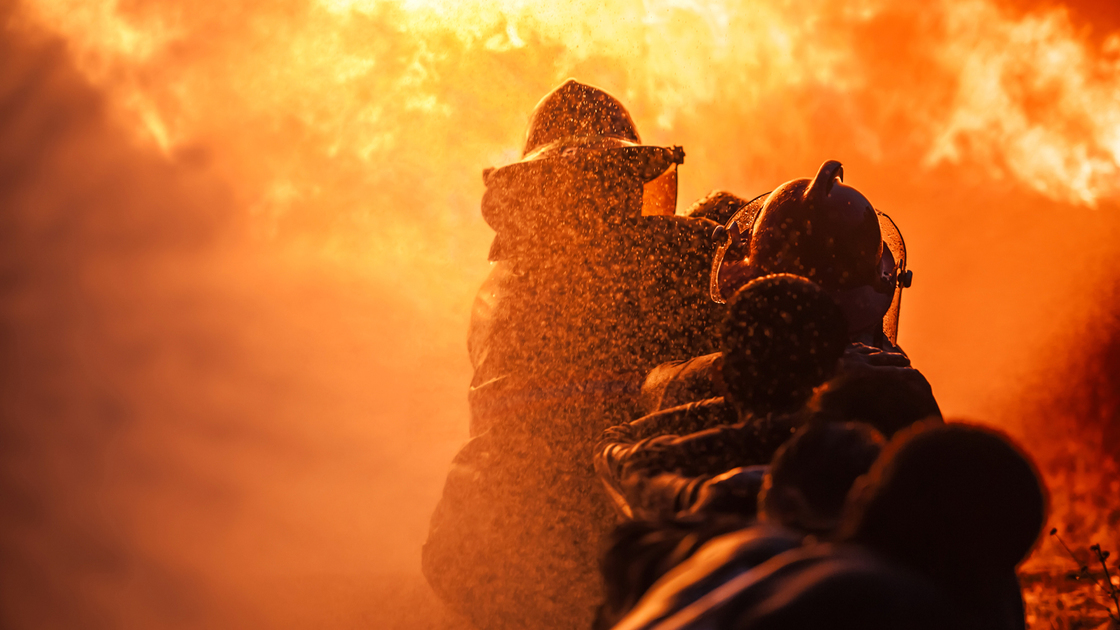 The day dawned bright and sunny. Kookaburras laughed down from the tops of the trees and cicadas chirped loudly from the trunks, but the air smelled of burnt wood, and in the distance were wisps of smoke coming from a burning tree or house. This is how December 31, 2019, started off for me.

For a month, the tourist township of Milton, NSW, had been in a haze of smoke. For my family, however, the bushfire crisis had started on the evening of December 2. The fire was about 30 kilometers away from our 4-acre farm property.

We were halfway through watching a movie when my uncle rang. Even though the fire was 5km away from his 40-acre property, it was very smoky. Just as we finished the movie, he called again. He said that he was not feeling well. Dad decided to go out to make sure he was OK. When he got there, he found my uncle in a terrible condition and drove him immediately to the hospital. By 2 am he had recovered from smoke inhalation enough to be released and spent the rest of the night in town.

The next morning, Dad drove his brother back out to his farm to feed his animals. Just as they finished and were about ready to evacuate, two Rural Fire Service (RFS) men rode up on motorbikes. The fire, they said, was about 10 minutes away, and no fire trucks could get through to help. After they left, my dad and uncle attached his fire pump to a 1,000-liter water tank that was on the back of his truck. By then, the fire was about 100 meters away and advancing quickly.

For the next few hours, they kept the fire away from the house and put out spot fires that landed on the veranda. When the intensity of the fire had lessened, they drove around to check on the neighbors. After a long and exhausting day, my dad and uncle were finally able to leave. To get back to town, they had to cross two wooden bridges. Driving over the first bridge, they had to accelerate quickly when they realized it was still smoldering. The second bridge had big holes burnt into it, so they drove around it.

Over the course of the next few weeks, we developed a fire safety plan and spent time preparing our property in case the fire came near us. We raked leaves away from the house, tidied up the yard, and purchased a fire-fighting pump to hook up to our swimming pool.

One Sabbath, a local church member sent my mom a text message. In it, she quoted Isaiah 43:2, which says: “… when thou walkest through the fire, thou shalt not be burned; neither shall the flame kindle upon thee.” In that verse, God says that when—not if—you walk through the fire, He will protect you. Sometimes those fires will be the trials we face in our lives. Other times it might be a literal fire we must walk through.

Toward the end of December, the fire burned slowly to within 400 meters of our house where it finally died out. On December 31, we checked the fire-monitoring websites and talked to some of our neighbors. We determined that the immediate fire threat was over. Since we needed groceries, my mom, brother and I went to town at 9 am. By that time, it was already 40°C (104°F), which was very hot for that time of day. Just as we finished our shopping, Dad called us. He had been listening to the RFS emergency broadcast and found out some roads, a few kilometers north of us, were being closed due to a fire flare-up. When we turned onto our road, we drove into a thick blanket of smoke. Five hundred meters away from our house, flames were already starting to leap up on either side of the road.

As soon as we arrived home, we quickly changed into our firefighting clothes, gloves and hats. Before we left the house, Dad led us in a short prayer. He prayed that God would fulfill His promise in Isaiah 43:2 and protect us as we walked through fire.

After our prayer, we went outside. Our neighbor was out of town, and the fire had not yet reached our property, so Dad and I went to check on her house, where we discovered that the bush and surrounding grass were on fire. We started to put the flames out with rakes and a garden hose, but after five minutes, Mom called. She said that embers were descending on our house, and one of our bushes had exploded into flames. Dad and I rushed home, and by the time we got there, our whole orchard was on fire.

The next few hours were a blur of activity. If the fire came too close, we put it out with the firefighting hose. When there was a lull in the wind, a couple of us would go back inside to have a quick snack. When it seemed the main threat was over and the wind had died down, Dad went to see how the neighbor’s property was. The house was still standing, but one of her sheds was damaged and a plastic water tank had melted. Once Dad saw that the house was fine, he went up to another neighbor’s property. When he got there, he watched their house go up in flames while the owners looked on in despair. They had all the same equipment as us, but the wind had blown one ember into the roof, and the whole roof caught fire.

A crisis like we experienced often brings out the best in people. We didn’t have power for several weeks after the fire, and we didn’t own a generator. The next day after the fires, a man we had never met before came to our house checking to see if all his neighbors were fine. When he found that we had no generator, he lent us his until we could buy one of our own. People who had houses and food helped those who had lost theirs. The whole community pulled together and helped clean up the destruction the fire had left in its wake.

This whole experience was just another way for God to show us the miracles He will perform if we obey and trust Him. Our property is surrounded by trees on all four sides, and several people said they did not know why we didn’t lose our house like so many others had. They said we must have been one of the lucky ones.

We know why our house is still here. We aren’t lucky; we just have the best firefighter in the whole universe: God.