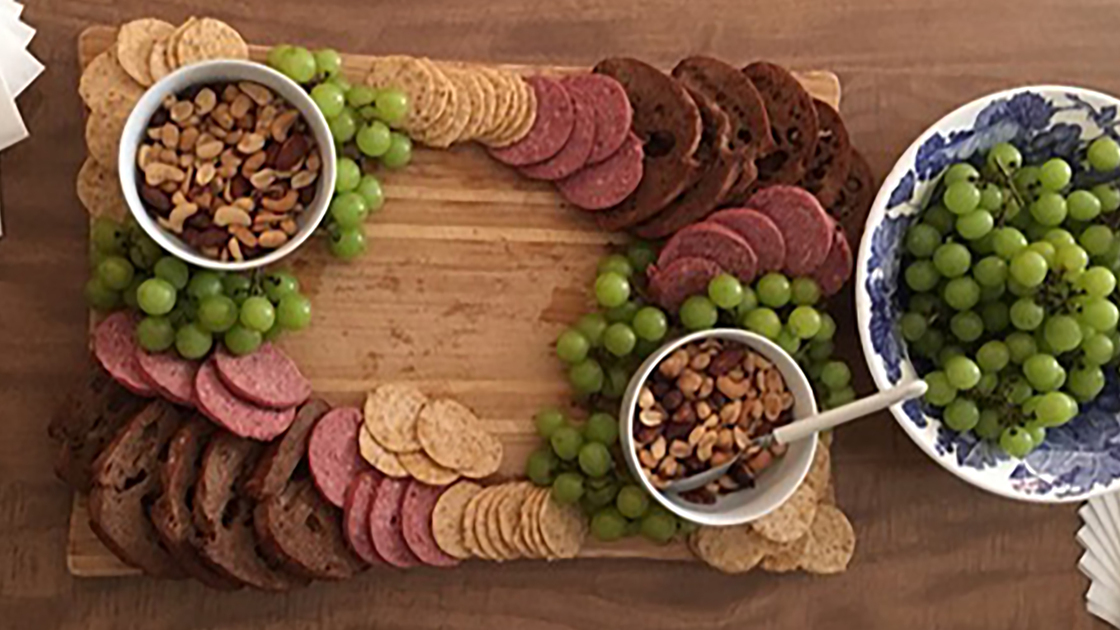 The singles progressive dinner is a tradition at the Philadelphia Church of God headquarters congregation. During the annual or biannual singles weekend, married couples host a three-course dinner in their homes, with small groups of singles driving to different married couples’ homes and meeting different groups of singles for each course. The event is known for high standards of dining and enjoyable conversation. This time, the single guests became the hosts, and the married hosts became the guests.

Groups of three or four singles teamed up at eight houses across north Edmond, preparing courses, arranging decorations and giving thought to topics of conversation. Each group of singles hosted two new groups of three married couples for each of the three courses: appetizers, soup or salad, then entrée and dessert.

“The activity was a lot of fun,” single Sarah Icasiano said. “It was great being able to serve so many in the congregation in one night. …
As one group left, we would need to clear and clean up as well as prepare for the next group to arrive. It definitely added some excitement, and in the end, everything turned out so well.”

“I was with people I normally don’t get to talk to often,” single Calela Brooks said, “and we had to work together as a team. It turned out to be a fun bonding experience, as we rushed to get each course served, and it built a sense of camaraderie when we had to overcome obstacles together.”

Single Oliver Heyer, who recently moved to Edmond to join the PCG’s Spanish department, said that the time pressure and standard of high built “unit cohesion and esprit de corps.”

Jason Cocomise, who has hosted progressive dinners in the past with his wife, Brooke, said, “My wife and I really enjoyed every bit of it, and the night went by way too fast. It was nice to give our wives a night off of cooking and cleaning. We appreciate all of the planning that went in to this event and look forward to the next one. We hope to return the favor in the winter too.”

A handwritten thank-you note from another guest couple read: “Thank you so much for such a wonderful evening! The Progressive Dinner was so much fun! It meant a great deal to see you all work so hard to give us a turnabout! We love you all and were so impressed by all the efforts and time you put into doing it!”

“I think it was a great experience that allowed us singles to serve in our respective roles and work as a team,” single Adiel Granados said. “It was fun working with the ladies and getting the opportunities to lead them through the night. Hopefully it can happen again next year!”