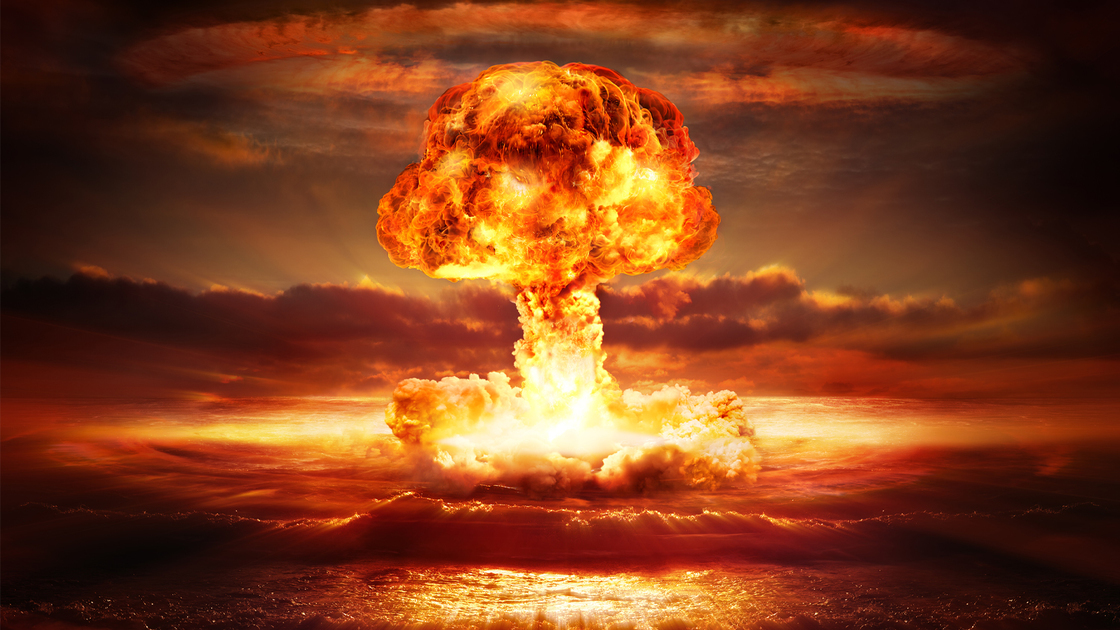 This week marked 75 years since the first atomic bombs were dropped on a city. Few people today are concerned about the threat of nuclear war. But we all should be. That threat is higher today than it has been in many years. And the Bible prophesies that many of the 20,000 nuclear bombs on the planet today are going to be used.

The effects of a nuclear war will be devastating across the Earth. A new study last year suggested that it would affect everyone on the planet. “Not only would explosions, fires and radiation exposure kill millions in targeted cities, but a ‘nuclear winter’ lasting months to years would also drastically alter the Earth’s climate, causing freezing summers and worldwide famine,” reported Live Science (Aug. 30, 2019). Of course, there will also be heavy nuclear fallout. Men, animals and plants will be exposed to deadly radiation.

The problems are almost too horrifying to even contemplate. But we should contemplate them.

God’s prophets knew man had to face his own sins. The Prophet Habakkuk wrote about nuclear winter. He discussed a “bitter and hasty nation” attacking Israel (Habakkuk 1:6-17). The people are treated like fish in a net. They are shown no mercy. That is not the worst part though. “When I heard, my belly trembled; my lips quivered at the voice: rottenness entered into my bones, and I trembled in myself, that I might rest in the day of trouble: when he cometh up unto the people, he will invade them with his troops” (Habakkuk 3:16). He wrote about “the day of trouble” for the modern nations of Israel—which include the United States and Britain. His main vision was about the end time, not during his life. Habakkuk had never envisioned anything so completely terrifying! It was the “great tribulation” about which Jesus Christ Himself prophesied! (Matthew 24:21).

At this vision, Habakkuk’s “belly trembled” and his “lips quivered”! What’s worse, rottenness entered into his bones. Indescribable terror kept his bones from holding his body together! The bones are man’s strongest parts, the stable framework of the entire body. Habakkuk almost became like a shapeless blob! This was the effect of the shattering alarm and acute pain he suffered because of the nuclear vision.

God revealed to Habakkuk the most terrifying vision ever to afflict this Earth. He saw nuclear war and the consequences.

“Although the fig tree shall not blossom, neither shall fruit be in the vines; the labour of the olive shall fail, and the fields shall yield no meat; the flock shall be cut off from the fold, and there shall be no herd in the stalls” (verse 17). Why won’t the fig trees even blossom? Even conventional warfare would not prevent the fig trees from blossoming. This is clearly discussing a massive nuclear attack!

This is talking about “the Chaldeans”—modern-day Germany—attacking the modern nations of Israel with nuclear weapons!

There are no grapes on the vines. Even if vineyards are unattended, they still produce some grapes. Only nuclear fallout could prevent these vines from producing any fruit at all! There are no olives on the olive trees. Invading armies, prior to the nuclear bomb, could never have so totally devastated an area! This is a new and unparalleled kind of terror. The fields yield no crops. Total failure. Why? Nuclear fallout and nuclear winter are the only explanation! Bombs are dropped on the cities, but the farms are also affected.

There are no sheep in the pens or cattle in the stalls. None! Only nuclear power could inflict such grotesque damage! It’s just as bad as Christ said it would be (Matthew 24:21; Daniel 12:1; Jeremiah 30:7). If only we could get people to awaken! Nothing can prevent these prophecies from being fulfilled—except godly repentance!

“Hear ye this word which I take up against you, even a lamentation, O house of Israel. The virgin of Israel is fallen; she shall no more rise: she is forsaken upon her land; there is none to raise her up. For thus saith the Lord God; The city that went out by a thousand shall leave an hundred, and that [the same city of 1,000] which went forth by an hundred shall leave ten, to the house of Israel” (Amos 5:1-3). The city is a target. Nuclear bombs are going to be dropped on cities! A 10 percent loss in a military campaign is disastrous. Here, 90 percent of the people in a city die immediately! Then, only 10 percent of the survivors remain alive. Only 10 out of 1,000 are left—10,000 out of a million. This is speaking of 99 percent destruction of the population of our major cities!

“And it shall come to pass, if there remain ten men in one house, that they shall die. And a man’s uncle shall take him up, and he that burneth him, to bring out the bones out of the house, and shall say unto him that is by the sides of the house, Is there yet any with thee? and he shall say, No. Then shall he say, Hold thy tongue: for we may not make mention of the name of the Lord” (Amos 6:9-10). This is talking about nuclear holocaust, prophesied in many other scriptures. This will be the worst trouble ever known to man!

So it is here in Amos. An uncle comes in and burns the bodies and takes some bones out of the house. Undoubtedly, because of the radiation, everybody was dead in the house. There is no indication of an army invading. Still, death fills the cities.

“For, behold, the Lord commandeth, and he will smite the great house with breaches, and the little house with clefts” (verse 11). The word “breaches” is rare. The Anchor Bible Commentary says there is “no other occurrence of any word with the same root.” Gesenius’ Hebrew-Chaldee Lexicon defines this word “breaches” as “drops of dew.” If you carefully read the context, there seems to be no doubt that this is referring to nuclear fallout!

The word “clefts” means fissures. That is “a break or lesion in the tissue, usually at the junction of skin and mucous membrane” according to Webster’s Dictionary. The root word means “to tear in pieces.”

“Drops of dew” or nuclear fallout certainly will “tear in pieces” human flesh. Nuclear warfare is coming! Many Bible scriptures tell us that! We cannot hide from it.

“Then Amaziah the priest of Bethel sent to Jeroboam king of Israel, saying, Amos hath conspired against thee in the midst of the house of Israel: the land is not able to bear all his words” (Amos 7:10). This is a hard message to receive. The land could not bear the words of Amos!

Tradition indicates that Amos was killed for delivering God’s message. The Philadelphia Church of God must also deliver God’s message. Our job is not an easy one.