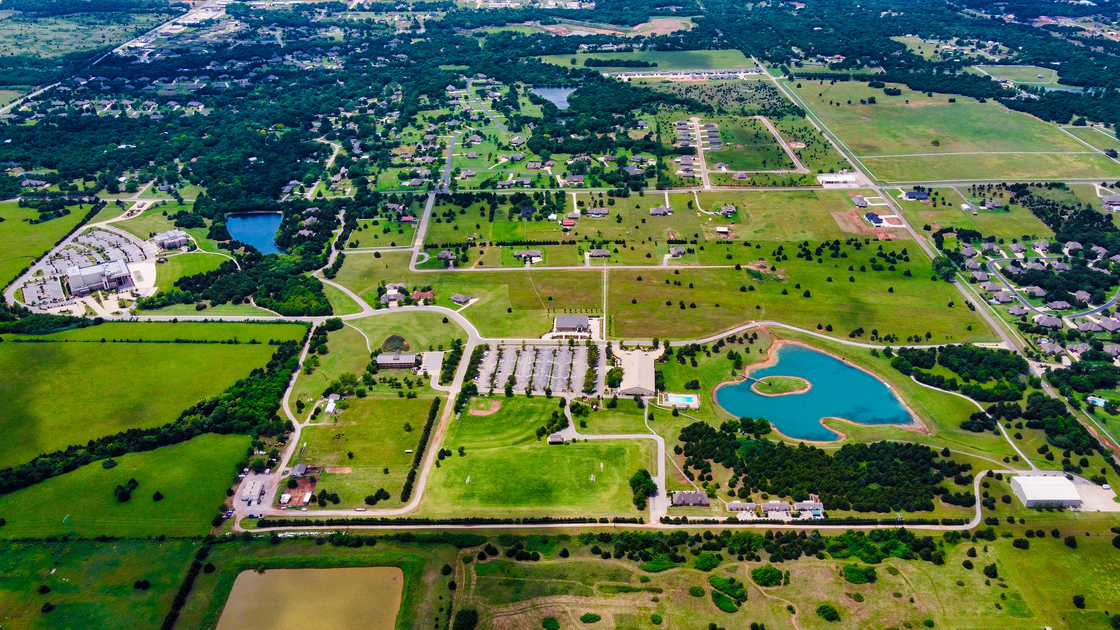 EDMOND—Monday marks the 20th anniversary of the Philadelphia Church of God purchasing 38 acres for a headquarters campus in Logan County, Oklahoma. After months of negotiations, the contract with seller Richard Spurlin was signed on June 29, 2000, with staff members at the Church’s Waterwood office complex applauding and cheering at the news. On September 13 of that year, Pastor General Gerald Flurry signed a check to purchase an additional 120 acres.

In a July 2000 sermon, Mr. Flurry said, “We want to thank God for what He’s given us. Thank God for the gift of that land. We prayed for it, we beseeched God, and I think most all of us just asked God to fulfill His will—we didn’t want it if God didn’t want it. He answered those prayers.”

Located north of the Edmond city limits, east of Bryant Road and between Waterloo Road and Simmons Road, the acreage was largely a rolling hay field with scattered small cedar and oak trees and a small lake.

The late Tim Thompson, the PCG chief financial officer who negotiated the purchase, said at the time, “In a couple of years, you won’t recognize this place. Five years, and it will be a paradise.”

Today, the Church’s headquarters campus covers 170 acres. Much of it remains in its natural state, but much of it has been transformed with the addition of 117,000 square feet of building space, including six major buildings: the John Amos Field House (2001), the Mail Processing Center (2004), the Hall of Administration (2006), Barbara Flurry Memorial Hall (2006), Armstrong Auditorium (2010) and the Dwight Armstrong Performing Arts Conservatory (2016). The campus’s roads and sidewalks also wind past five college dormitories, eight faculty homes, two grade school buildings, several agricultural and maintenance structures, sports fields and a swimming pool.

Local Elder Roger Brandon, who managed the campus’s buildings and grounds for much of its history, said, “It is hard to completely comprehend the incredible improvements God has inspired on His land and the relatively short time it has taken to bring out its previously concealed beauty. … The metamorphosis far exceeds anything anyone could have ever imagined, and now this bastion of hope shines a beacon in north Edmond.”

Superintendent Wayne Turgeon said, “Though not yet a paradise, as hoped by the late, great Mr. Tim Thompson, we have certainly made significant strides toward that reality.” He added that in the resurrection, Mr. Thompson “will be happy to learn that Mr. Gerald Flurry generously supported our landscaping and maintenance efforts over the past two decades because he knows how important it is to give our members and the world a vision of their fabulous future.”

Amid ongoing improvements to landscaping, entrance gates, a guard house and permanent signage were completed in 2012. 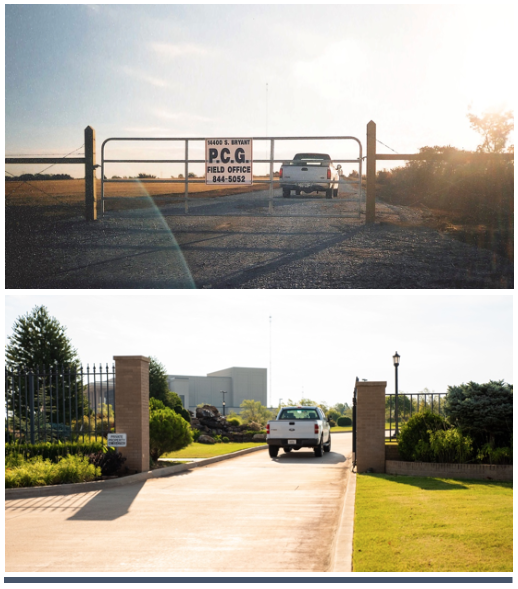 The first structure completed after a maintenance shop was built contains a dining hall, commercial kitchen, offices and a gymnasium and has hosted meals, formal occasions, Armstrong International Cultural Foundation concerts and other events. Landscaping around the building has matured significantly over the 19 years since it opened its doors. 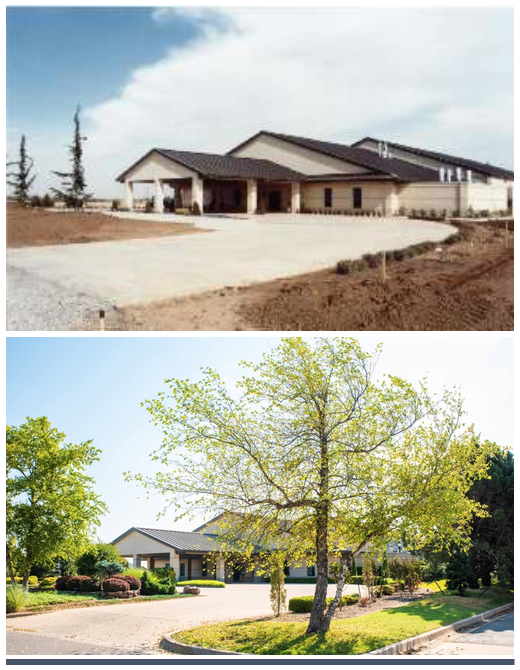 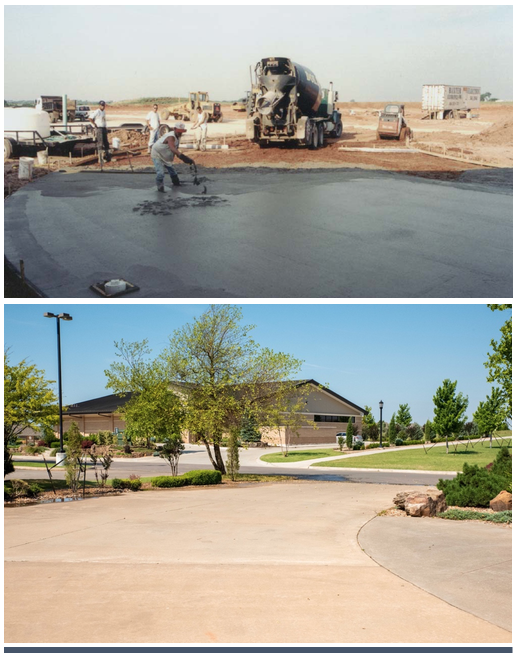 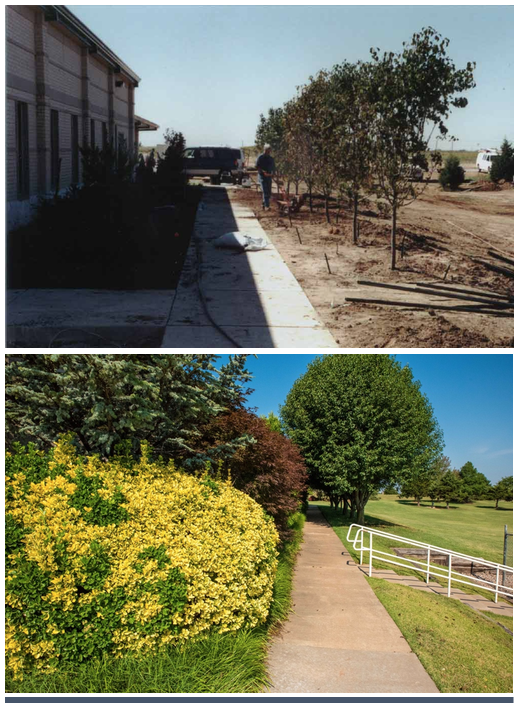 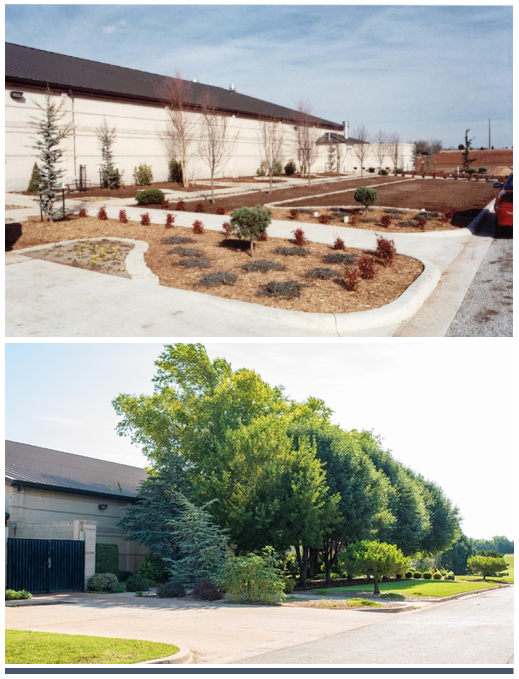 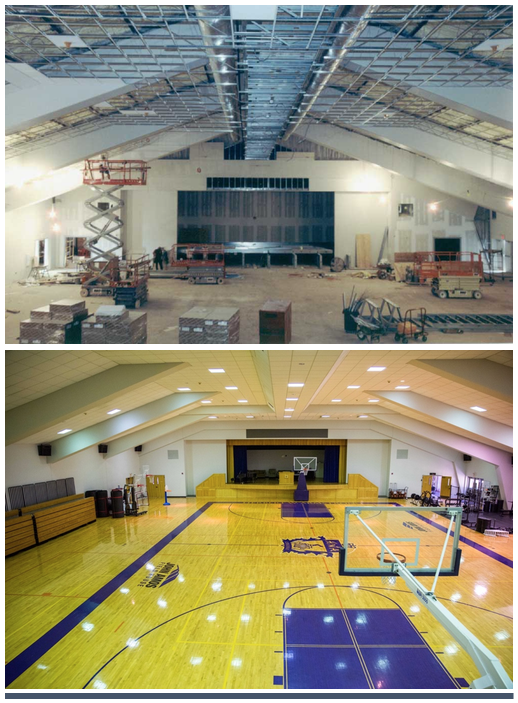 The field house pool serves college students, faculty, and local and visiting members, and hosts children’s swimming classes in the summer. Fitted with special safety equipment for the purpose, it also doubles as the reservoir for the building’s fire suppression system. Over the years, the water level of the campus’s larger and formerly partially dry lake has been raised and maintained. Its island is occasionally used for get-togethers, Spokesman Club meetings, congregational activities, fishing and canoeing. 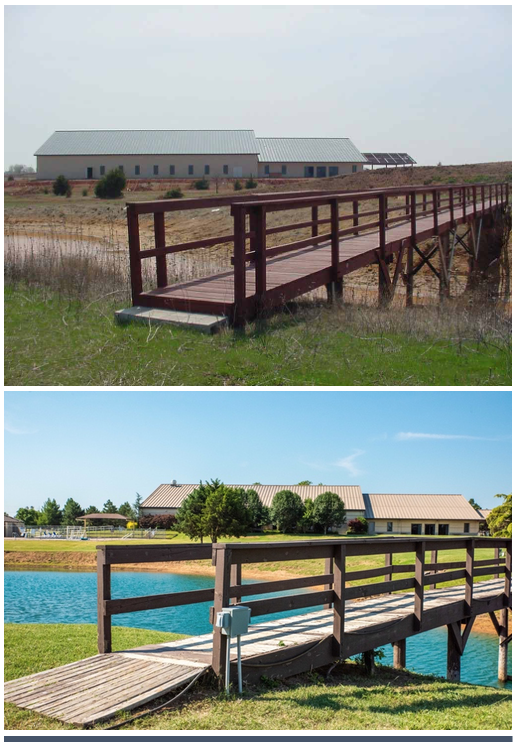 Built in 2002 as dormitories, two duplexes have served as Imperial Academy buildings since the grade school was established in 2008. 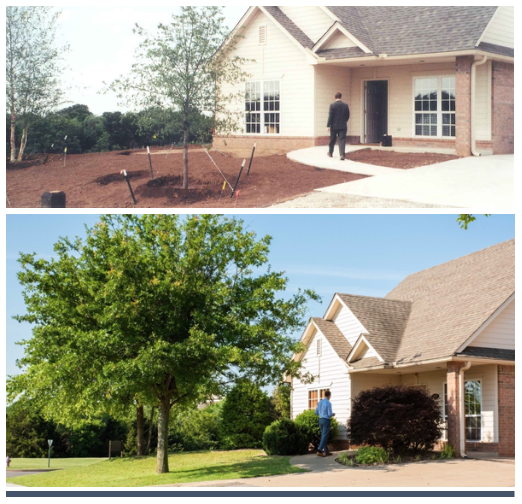 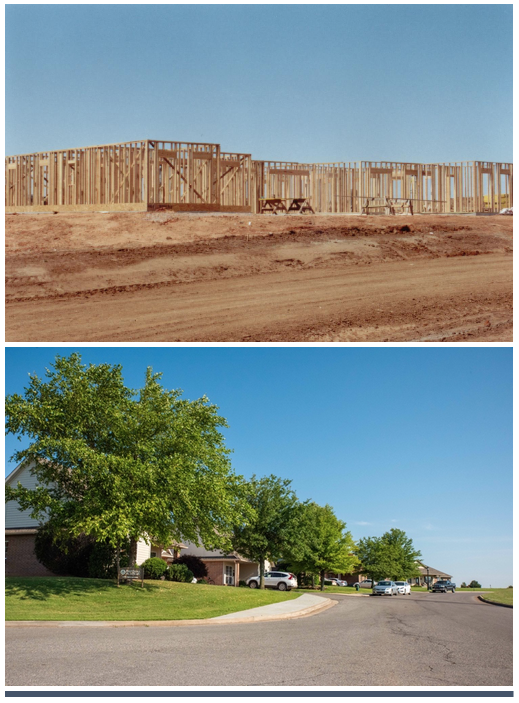 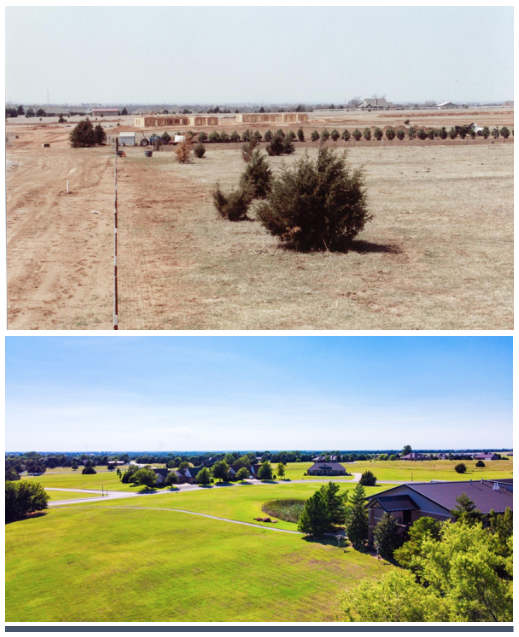 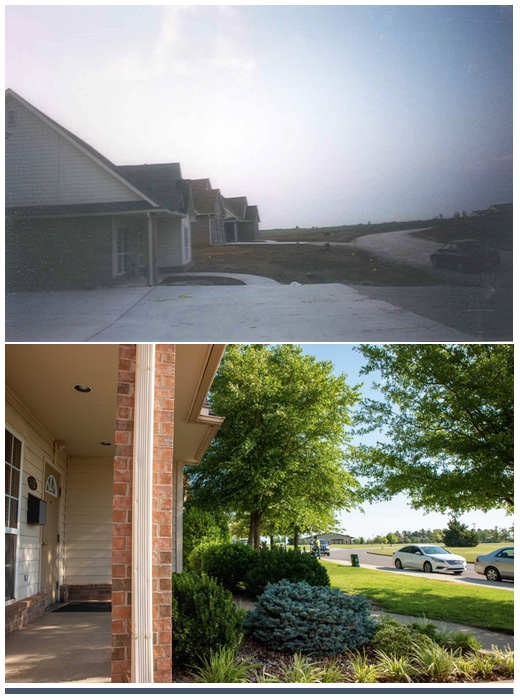 The campus includes a soccer field and softball diamond, used for the intramural sports and the Church’s annual youth camp. 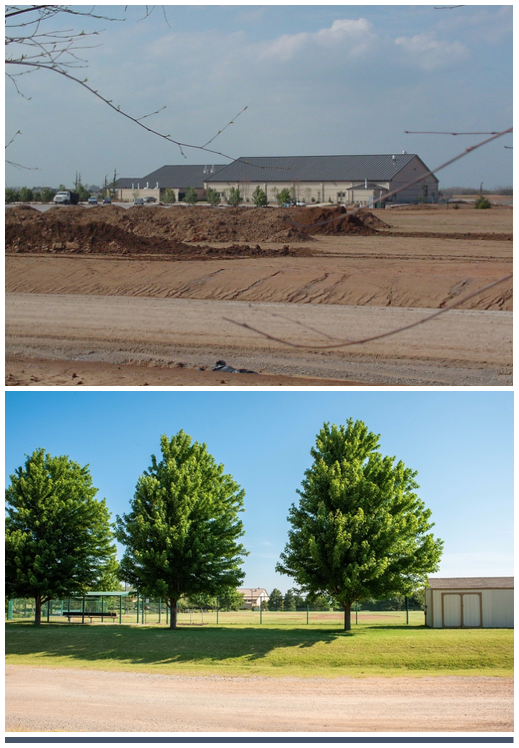 Named for the previous owners of the property, the four-acre, spring-fed lake lies between the Hall of Administration and Armstrong Auditorium, and three faculty homes. 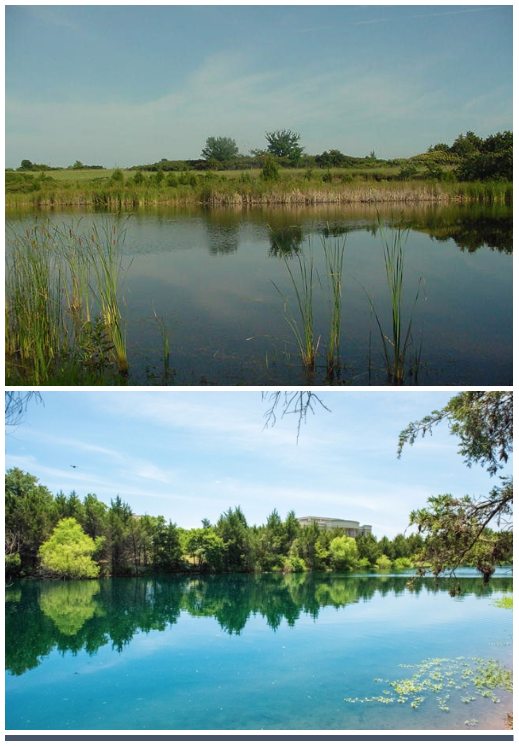 Completed in 2004, the building facilitates storage for literature stocks and other items, a call center, KPCG radio broadcasting and a print shop. 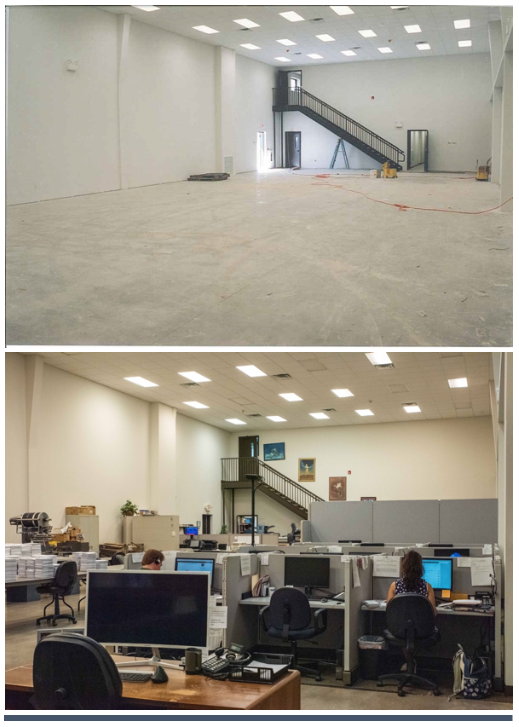 Completed in 2010, the auditorium has hosted more than 100 concerts, more than 550 Sabbath and holy day services and dozens of other events. 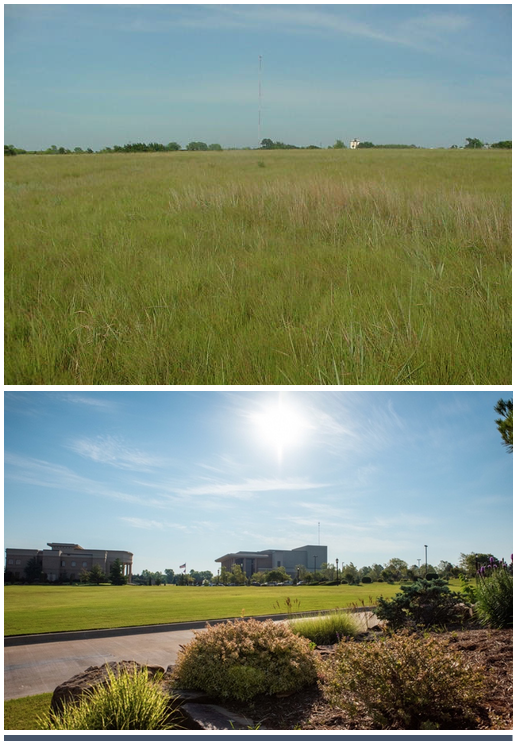