How to Procrastinate
A lesson in perfection from Leonardo da Vinci
By Jude Flurry • June 4, 2020 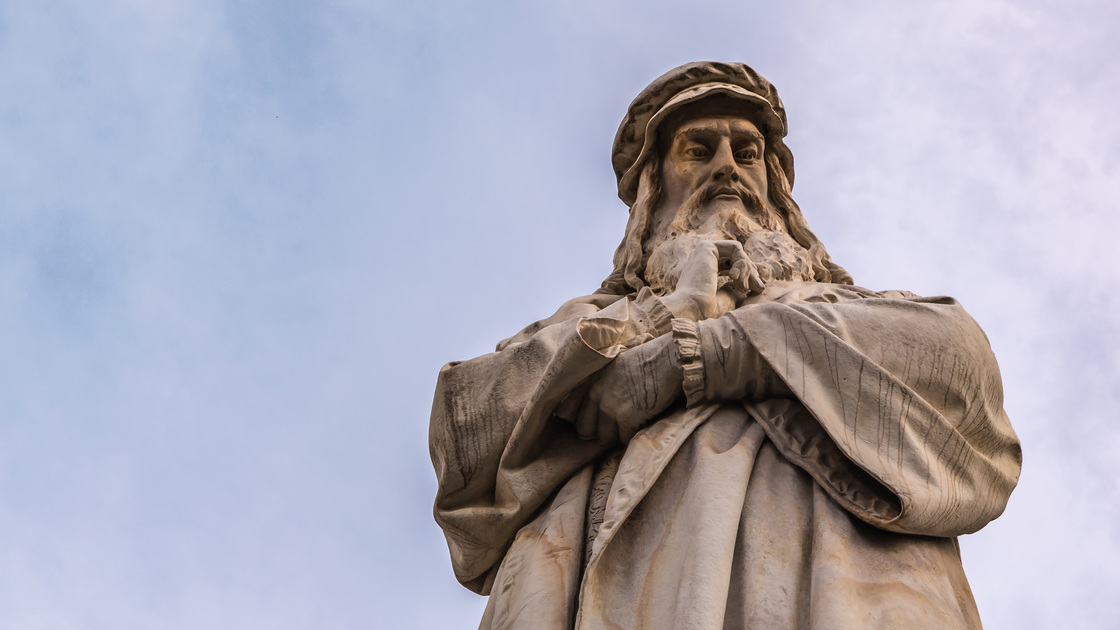 There was a time when professional painting was a spectator sport. In 1495, crowds flocked to Milan’s monastery of Santa Maria delle Grazie to watch the painting of The Last Supper, “the keystone of European art,” according to art historian Kenneth Clarke. If a modern observer viewed the behavior of the onlookers—the gawking, wide-eyed astonishment, occasional gasping and whispering—he might forget that they were literally watching paint dry—for fun. To some spectators, however, too much of the paint was dry and not enough fresh. The artist—Leonardo da Vinci—wasn’t painting fast enough! One church official took this very grievance to the Duke of Milan, complaining about Leonardo’s laziness and procrastination.

One could hardly blame him for griping. Leonardo’s work habits were strange. Some days, he would seize the brush before sunrise and only set it down at sunset, forgetting even to eat. Other days, he would simply stare at the painting for hours. Sometimes, he would arrive at the monastery in the middle of the day, pick up a brush, apply one or two strokes, and then suddenly dart from the room.

The Duke of Milan began to worry that if Leonardo continued his erratic work habits—if he continued to stall, delay, and procrastinate—he would never finish. This nobleman had a lesson to learn from the great master. When summoned to speak with the duke, Leonardo explained: “Men of lofty genius sometimes accomplish the most when they work the least, for their minds are occupied with their ideas and the perfection of their conceptions, to which they afterwards give form.” Leonardo had just explained to him the concept of productive “procrastination”: deep mental planning of a project before its execution. It’s a skill that teens today can use to great effect—and it isn’t the type of procrastination your parents and teachers warn you against.

Leonardo had perfected it long before he painted The Last Supper. In the spring of 1489, he was commissioned to build a massive bronze horse monument in honor of Duke Francesco Sforza of Milan. When he began the project, did he sit down in his study with clay in hand and begin sculpting? Of course not. He first put in years of preparation. He began by studying horse anatomy, filling his notebooks with drawings of equine body parts and even dissecting a horse. Leonardo wanted to make sure that his sculpture resembled a real horse in every conceivable way. Thomas Carlyle said, “‘[G]enius … means transcendent capacity of taking trouble …” Leonardo’s genius fit this definition for sure. On one page of his notebooks, he recorded no less than 29 precise measurements of just a horse’s foreleg!

Leonardo labored on his equine statue for over a decade, studying, observing, meditating, measuring, and finally, sculpting. All of this was just for the preliminary clay sculpture. It was just the preparatory phase. He hadn’t even begun to design the mold or to cast the final monument (a daunting feat of engineering for a statue of such enormity).

Sadly, before Leonardo’s clay horse could be cast, it was destroyed by invading French soldiers. Had the monument reached completion, it might have been a masterpiece on par with Michelangelo’s David. Still, the clay sculpture alone was impressive. “Neither Greece nor Rome ever saw anything grander,” wrote one friend. “There was never a more beautiful thing nor more superb,” said another.

Leonardo mastered the arts of sculpting and painting because he first mastered the art of preparation. Napoleon Bonaparte wrote, “During a campaign, whatever is not profoundly considered in all its details is without result. Every enterprise should be conducted according to a system. Chance alone can never bring success.” Leonardo brought Napoleon’s obsessive military calculation into painting. He left nothing to chance.

To the Duke’s undiscerning eye, each hour Leonardo spent away from his painting—or simply staring at it without making progress—was an hour wasted. It looked like procrastination. In reality, the genius was methodically planning each brush stroke, so that not a single one was out of place. This is a biblical principle. Proverbs 21:5 says, “The plans of the diligent lead surely to plenty, But those of everyone who is hasty, surely to poverty.” In his artwork, Leonardo applied this proverb to perfection.

We young people today can apply it too. In How to be an Overcomer, Gerald Flurry wrote, “How much do you leave to chance? If you think, I won’t worry about that—hopefully it will work out OK, you may be setting yourself up for failure.” Are our school papers too often written late at night with scanty research and filler words used to meet the word count? Are our daily activities guided by the current of circumstance? If so, we might need to learn the same lesson that Leonardo taught the Duke of Milan.

After Leonardo explained the art of deep mental planning, the official stopped pestering him (it probably helped that Leonardo threatened to use his face as a model for Judas Iscariot). The Duke also loosened his grip. Perhaps he finally understood that great masterpieces require deep planning.