Own Up
Smash part of your human nature with this spiritual power tool.
By Joel Hilliker • June 2, 2020 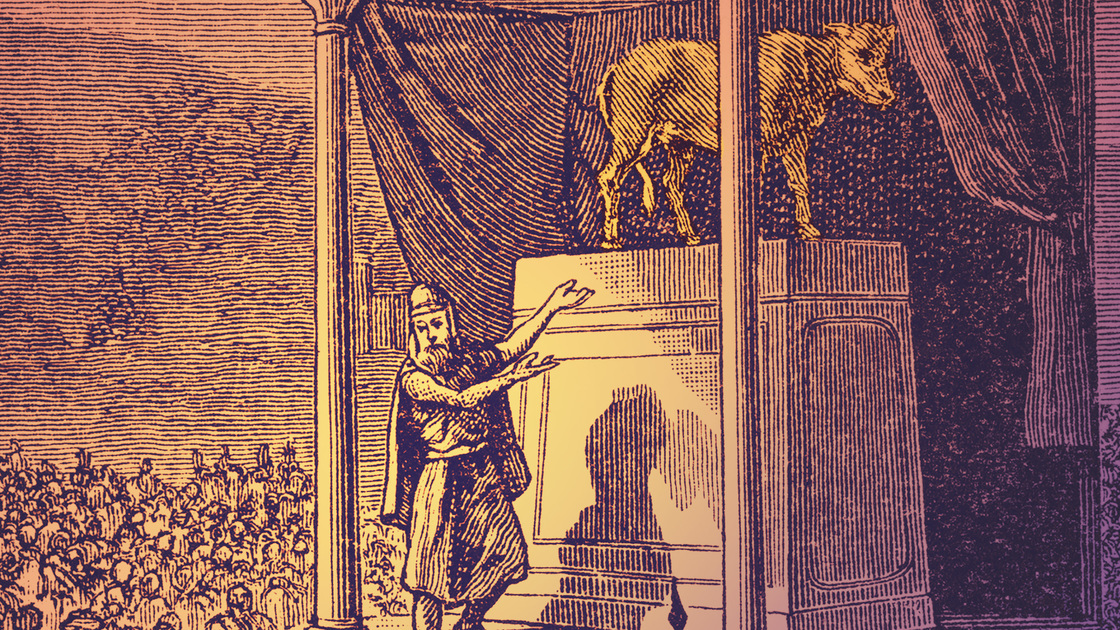 Honesty. The more you have, the more like God you are. So how honest are you?

You have to start by being honest with yourself. Human nature is ingeniously deceitful. Not only is it dishonest, but it is dishonest about being dishonest. Even when it does wrong, it wants to be thought of as good. It values people’s opinions more than truth. It justifies itself; it minimizes sin; it evades exposure; it deflects blame.

Just watch children playing. A lamp breaks. Do any of them own up to it? Unless they have been taught honesty, they all insist on their own innocence. They point fingers at others. They downplay their own guilt. They even devise preposterous explanations of how the lamp was essentially responsible for its own demise.

We have that same nature. And though we might mask it better, we can behave just like dishonest children.

Human nature—who can know it? Only with God’s Spirit can you recognize it (Jeremiah 17:9-10). To see yourself as God does, you have to pursue genuine honesty—and be willing to own up.

Remember when Israel camped at the foot of Mount Sinai, and Moses was gone. Some grew anxious and began agitating for change. They strode up to Aaron and demanded, “Up, make us gods, which shall go before us” (Exodus 32:1). Aaron had a decision to make: Stand for God, or please the people?

Right here is a lesson in human nature: We are embarrassingly prone to prioritize people’s opinions over God’s opinion. And what a scourge is people-pleasing!

Read the biblical account: It’s as if weak-willed Aaron didn’t even hesitate. The passage is brutally clear: Aaron instructed the Israelites to bring him their gold earrings, “And he received the gold from their hand, and he fashioned it with an engraving tool, and made a molded calf …” (verse 4; New King James Version). Aaron received—Aaron fashioned—Aaron made. “And when Aaron saw it, he built an altar before it; and Aaron made proclamation, and said, To morrow is a feast to the Lord” (verse 5). Aaron built—Aaron made proclamation. In Moses’s God-inspired record of this appalling incident, Aaron was at the epicenter of this convulsion of idolatry!

God speedily sent Moses to deal with this catastrophe, and Moses did so immediately and with authority. He angrily pulverized the calf, pouring the gold powder into the water supply and forcing the Israelites to drink it (verses 19-20). He then confronted his brother. “What did this people do to you that you have brought so great a sin upon them?” he demanded (verse 21; nkjv). A piercing question. Moses knew the people had instigated it. He realized their pressure had caused his brother to cave. But he lay the blame squarely where it belonged: with Aaron! It was Aaron’s spineless leadership that had brought the sin upon them!

That’s when Aaron did what any carnal-minded, guilty child standing beside a broken lamp would do: he went into full self-justification mode.

“Let not the anger of my lord wax hot,” he said, trying to deflect Moses’s anger (verse 22). I know this looks bad, but it’s not that bad. Don’t overreact here. Then he pulled the classic maneuver, ripping a page from Adam and Eve’s playbook after the first human sin (Genesis 3:12-13). Adam blamed Eve. Eve blamed the snake. Aaron blamed the people.

“[T]hou knowest the people, that they are set on mischief,” he began (Exodus 32:22). You know these people—they are always up to something! Aaron told Moses all about their demands, as if they were in charge and not him; as if nobody could restrain them. In verse 23, he managed to subtly spread a little blame onto Moses, suggesting, Maybe if you hadn’t been gone so long, they wouldn’t have been so anxious, and none of this would have happened.

So, blame all around—except for Aaron. When Aaron described his own role in the debauchery—the receiving, fashioning, making, building and proclaiming—he whitewashed the details: I just asked them to break off their gold, and I threw it into the fire. Really, is that such a horrible sin? Read verses 4 and 5 again, and see how much he left out about what he had done.

Moses might have challenged him: OK Aaron, that sounds pretty innocent. How, then, did you end up with a huge sculpted and engraved cow with everyone dancing around it in heathen debauchery?

That is where Aaron’s squirming explanation went over the cliff of downright absurdity: “I cast it into the fire, and there came out this calf” (verse 24).

Nobody conceived it. Nobody carved it. Nobody spent days actually making it—certainly not Aaron! It just “came out.” The calf was essentially responsible for its own existence.

Astounding. Aaron, brimming with carnal reasoning, managed to explain away the entire incident without acknowledging one speck of blame.

Behold human nature! Get a good look at it, on full display in this passage. Then take an honest look in the mirror because this account helps each of us to better see ourselves.

Be honest. Don’t justify yourself, deflect blame, ignore details, and whitewash your own evil. Be actively honest with yourself about your own sins. Acknowledge your deceitful heart, and lay it bare before God. Admit your tendency to please people, to prioritize appearance over substance. When you err, own up. Concern yourself with God’s estimation of you above all. Pursue genuine honesty —a power tool for smashing your wicked human nature. The more you do, the more like God you will be.