How to Conquer Discouragement
It starts with understanding what’s behind the pervasive spirit of hopelessness and frustration.
By Stephen Flurry • May 26, 2020 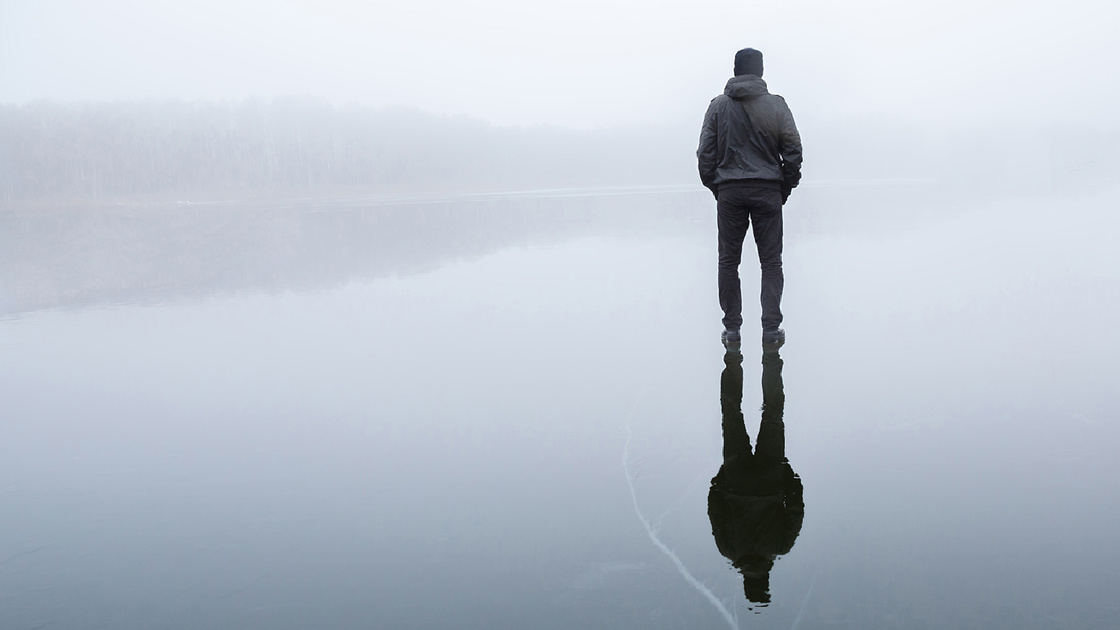 In his booklet America Under Attack, Gerald Flurry explains that America is entering the sad, final stages of its prophesied collapse. Many people realize something is dangerously wrong, and are angry, discouraged and hopeless.

A May 4 report in the Washington Post states: “Nearly half of Americans report the coronavirus crisis is harming their mental health, according to a Kaiser Family Foundation poll. A federal emergency hotline for people in emotional distress registered a more than 1,000 percent increase in April compared with the same time last year. Last month, roughly 20,000 people texted that hotline, run by the Substance Abuse and Mental Health Services Administration. Online therapy company Talkspace reported a 65 percent jump in clients since mid-February. Text messages and transcribed therapy sessions collected anonymously by the company show coronavirus-related anxiety dominating patients’ concerns.”

As America Under Attack points out, few realize the reason for America’s self-destructive behavior: Satan. Isaiah 14 and Ezekiel 28 describe the first time Satan tried to remove God from His throne—perhaps millions of years ago. But Revelation 12 prophesied that Satan would attack God again. When? Shortly before Jesus Christ’s return.

Here’s the outcome of that battle: “… and the dragon fought and his [fallen] angels, And prevailed not; neither was their place found any more in heaven. And the great dragon was cast out, that old serpent, called the Devil, and Satan, which deceiveth the whole world: he was cast out into the Earth, and his angels were cast out with him” (verses 7-9). Satan did not prevail against God. But he has successfully deceived the whole world. This powerful, invisible adversary actually holds all the world captive!

He is the current active ruler of this Earth. My father explains in America Under Attack, “He is stirring up people’s emotions, moods and attitudes. When people get into a negative emotion, a bad attitude or a wrong mood, he works on those people. He has power to influence those wrong emotions; he has deceived the world through them!”

As Herbert W. Armstrong wrote in Mystery of the Ages, it’s as if the air is surcharged with Satan’s selfish attitudes. This ability to negatively influence mankind is especially worse today, since Satan is now confined to Earth. Verse 12 continues, “Therefore rejoice, ye heavens, and ye that dwell in them. Woe to the inhabiters of the earth and of the sea! for the devil is come down unto you, having great wrath, because he knoweth that he hath but a short time.”

To grasp what is happening in America today, we must understand this invisible attack from Satan. After Herbert Armstrong died in 1986, Satan immediately targeted the organization he founded, the Worldwide Church of God. That entire church and its worldwide work were dismantled—from the inside. Almost all its members were left in spiritual darkness. Our free book Raising the Ruins thoroughly recounts this history. It provides penetrating insight into how Satan wages spiritual war. As America Under Attack explains, this spiritual attack against the Worldwide Church of God also reveals how the devil is attacking America!

The devil’s attack is reflected in, and aided by, the discontent and hopelessness that has become so common in America. Many radical leaders are openly working to transform the U.S. into something its founders would not recognize. Such efforts would be repudiated, and such a transformation would be impossible, if Americans were happy, content and grateful for their history and their blessings. The left encourages discontent, anger and resentment in order to keep driving their transformative agenda forward.

That’s what we see in America today: a populace growing more angry and depressed each day. Even God’s people have to fight against this negative, downward pull. The Bible admonishes true Christians to be watchful, prayerful, sober-minded and always vigilant—“because your adversary the devil, as a roaring lion, walketh about, seeking whom he may devour” (1 Peter 5:8).

Satan knows he has only a short time left and is wrathful! But if we fight against him, with God’s help, this powerful being will actually flee from us. “Submit yourselves therefore to God. Resist the devil, and he will flee from you. Draw nigh to God, and he will draw nigh to you …” (James 4:7-8).

This is the key. We must draw near to God. If we strengthen our relationship with God, then He will strengthen us. What wonderful encouragement!

When the weight of Satan’s world is heavy on our shoulders, God’s strength in us can relieve the burden. As this world unravels, draw near to God and remember the words of Jesus on the eve of His greatest trial and test in John 16:33: “… In the world ye shall have tribulation: but be of good cheer; I have overcome the world.”