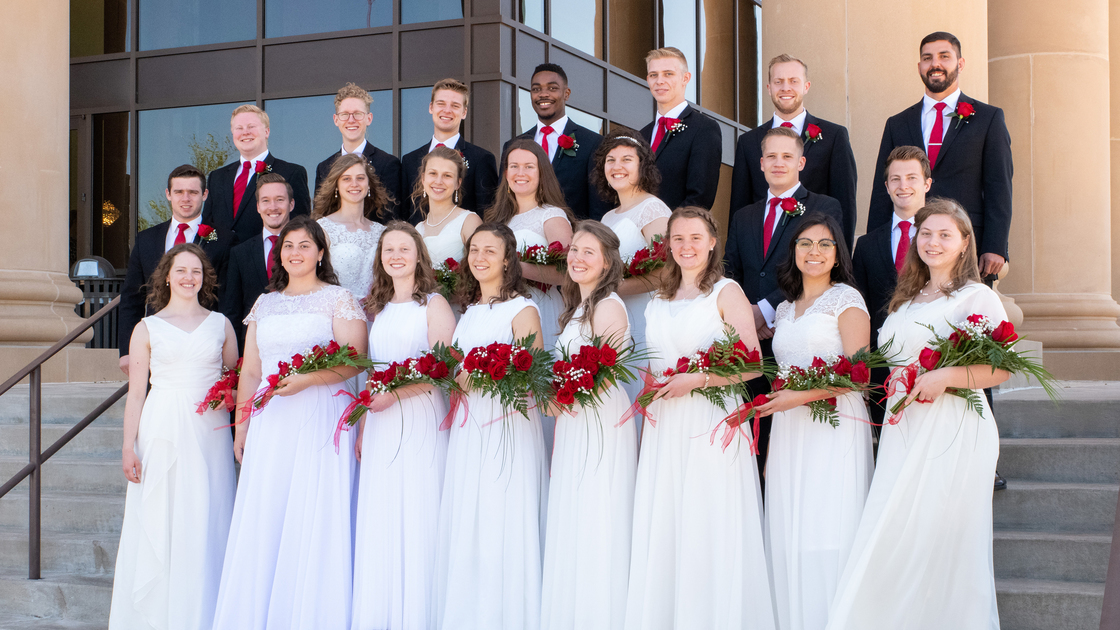 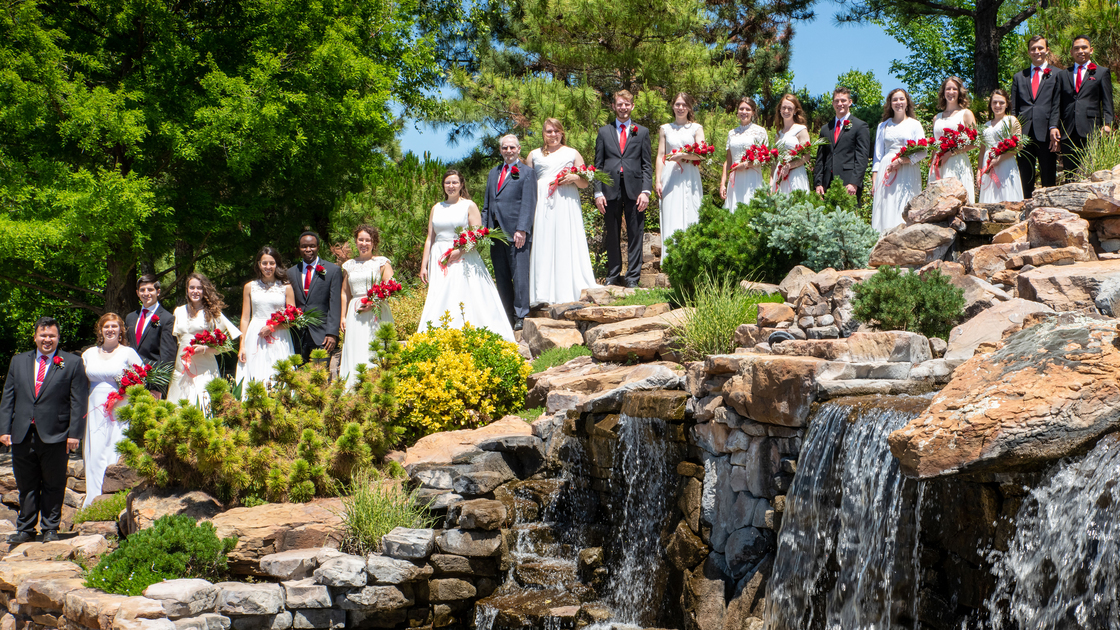 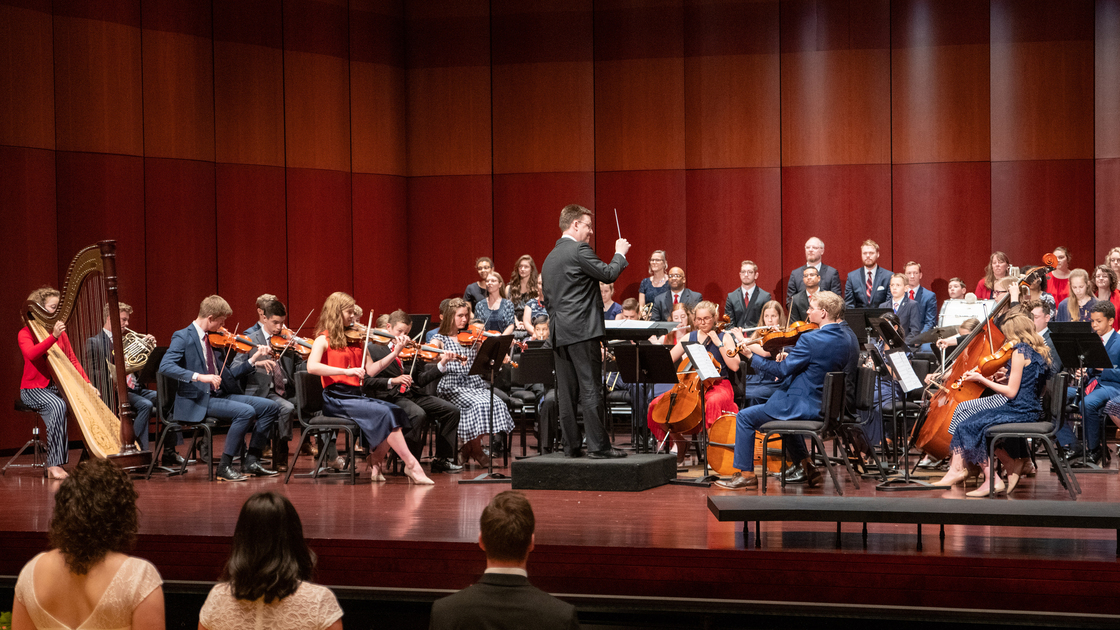 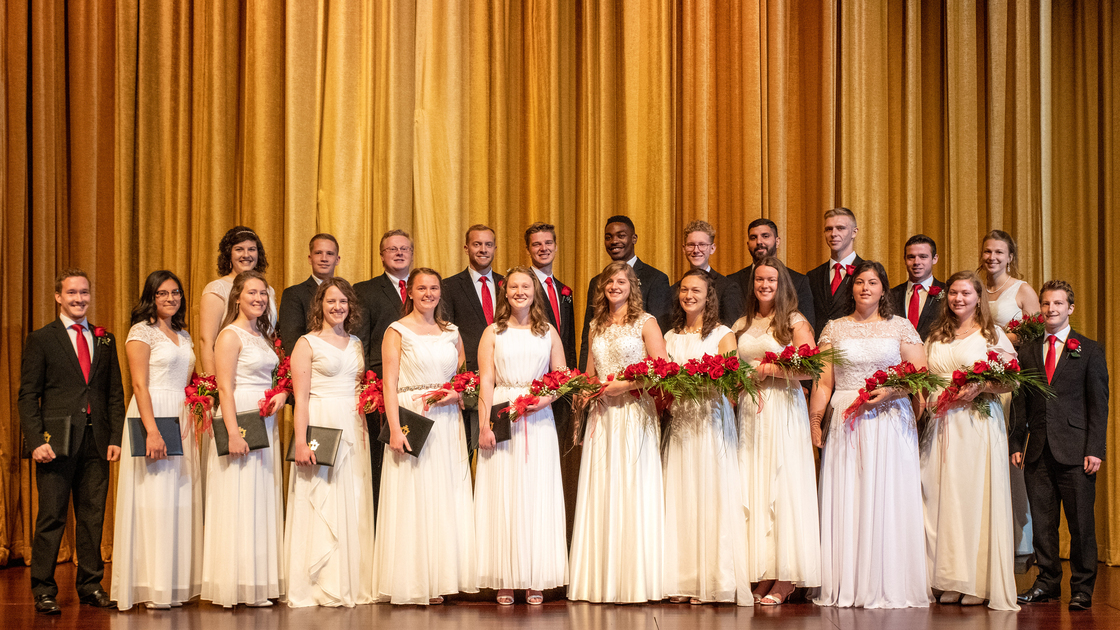 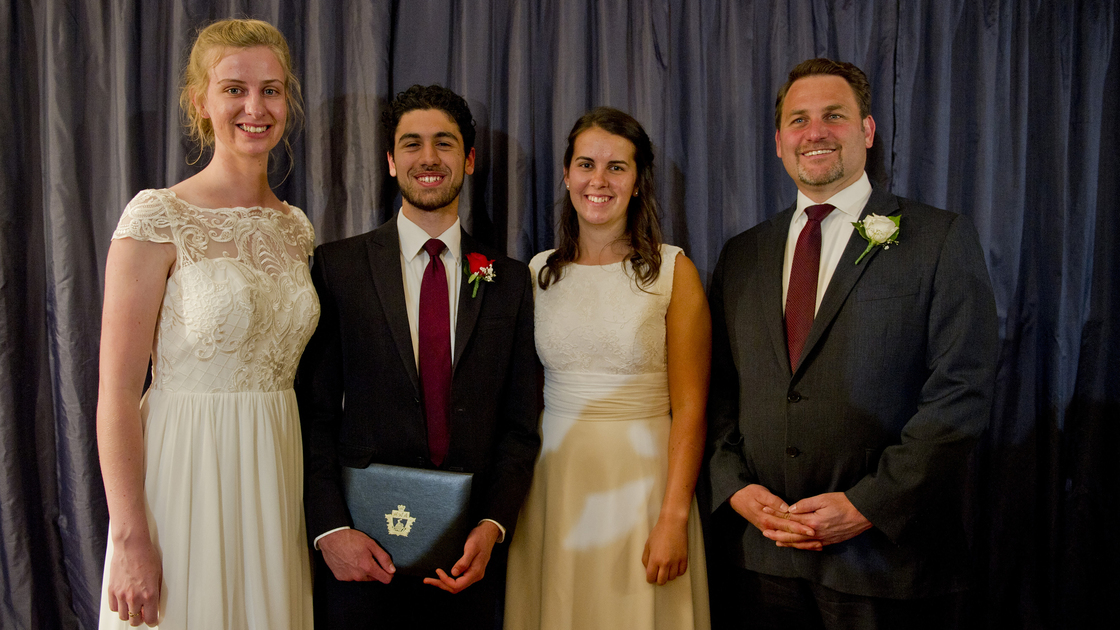 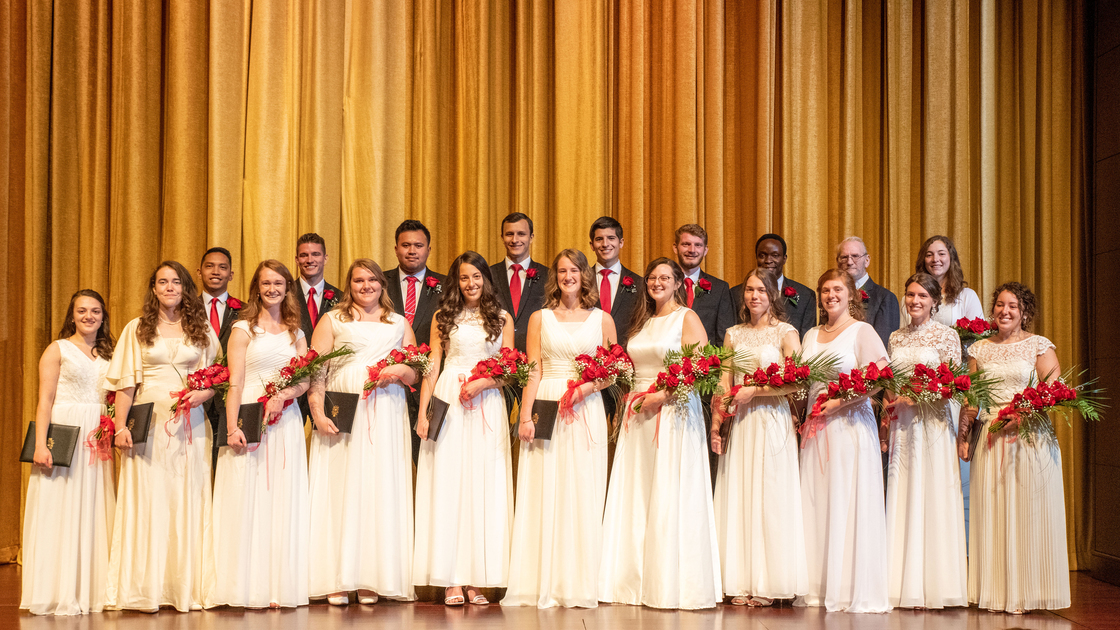 EDMOND—Herbert W. Armstrong College held its 19th commencement exercises on May 17, honoring 23 students graduating from its two-year diploma program, and 23 students from its four-year program. The students represent seven countries and 16 American states and include the college’s largest group of senior graduates to date.

Hundreds of guests filled Armstrong Auditorium on the headquarters campus of the Philadelphia Church of God as second- and fourth-year graduates entered to a processional of “Crown Imperial,” performed by Armstrong and Imperial Academy students in the Armstrong Youth Orchestra, conducted by music and English instructor Mark Jenkins. Dean of students Wayne Turgeon gave the invocation and welcome address, which was followed by a student body president address by senior Brett Roberts, who used the metaphor of a marathon to encourage graduates to applying their education in post-college life.

The Armstrong Youth Chorus, consisting of members of the local congregation Imperial students, and Armstrong students, including one senior and eight sophomores, then performed “These Are Great Days” and “Make a Joyful Noise.” President Stephen Flurry then delivered the commencement address, focusing on the education and accomplishments of Gen. Douglas MacArthur, and saying that although today’s institutions of higher learning lack hope, the priceless Armstrong education is full of hope.

Unlike most years, Mr. Flurry did not present individual students with the Armstrong Achievement award, but instead drew attention to the senior class’s personal growth and dedication to the work of the Church, recalling that they were the first sophomore class to be accepted into the four-year program en masse and highlighting the fact that the Class of 2020 is the institution’s largest to date.

Then 23 sophomores and 20 seniors walked across the Armstrong Auditorium stage to receive their diplomas, while at the school’s sister campus in Warwickshire, England, three seniors received their diplomas from the Church’s UK-Europe regional director, Brad Macdonald. As the last Edmond senior walked the stage, Mr. Flurry asked the audience to stand and applaud “our future, the Senior Class of 2020.”

Commenting on her Armstrong experience and advice, graduate Eva Hochstetler said, “Some of the biggest opportunities for growth came from keeping an open mind, doing new things and stepping outside your comfort zone.”

Graduate Michael Davis said that one thing that really stood out to him over the past four years was the “dedication of the administration to each individual’s well-being” and learning that “they want the best for you, and they work hard to help you achieve and overcome.”

Graduate Tessa Gregory encouraged Armstrong students to spend time at meals and social occasions talking with ministers. “If you’re close to the ministry, she said, “it will unite you more with God’s family.”

Graduate Olivia Alvord said that some of the best advice she had ever received was to “put God first,” and to “throw yourself into every opportunity God gives you.”

Graduate Chrissie Dattolo said, “God can really use the experiences at college to change your life and bring you closer to Him than you’ve ever been before.”

To date, the Herbert W. Armstrong College four-year diploma program has graduated a total of 174 students.