Two Sides of a Miracle
There are times when we just need to remember.
By Ryan Malone • May 19, 2020 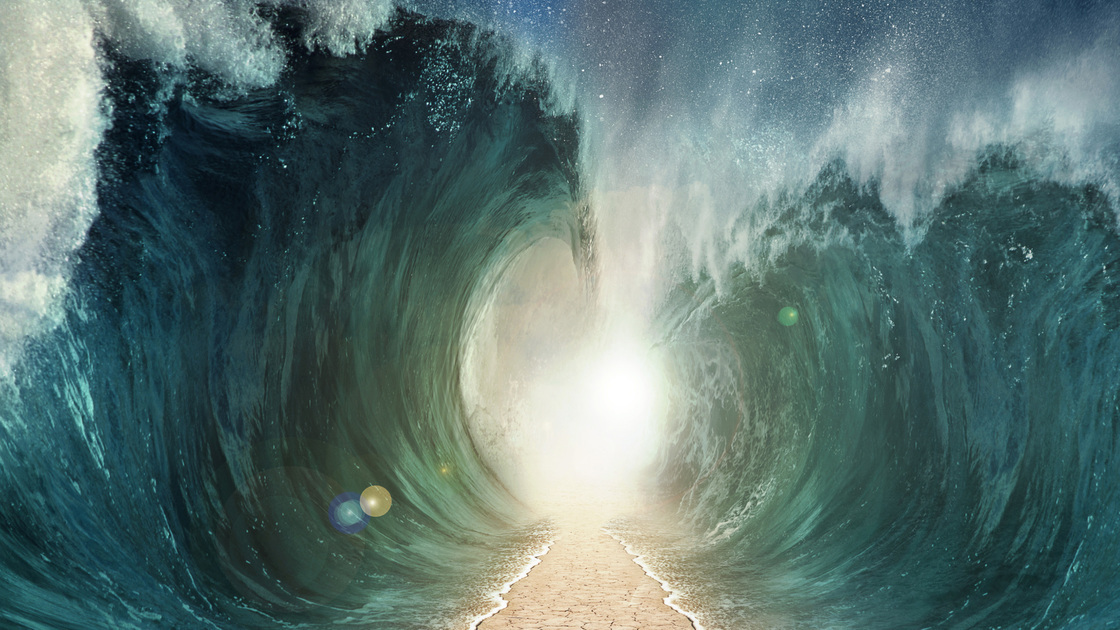 If a body of water divided right in front of my eyes, exposing a path for me to walk across (a dry path, in fact!), you would think I’d never look at a body of water the same way—or really any obstacle in life. But as the Bible indicates, that isn’t how my human nature—or yours—operates.

You’ve heard about the Red Sea miracle a number of times—how God “rebuked” it, that it was “dried up” (so it was like traversing a desert!), that God “saved them” from the foe, the waters “covered their enemies” (Psalm 106:9-11). The Israelites then “believed … his words; they sang his praise” (verse 12).

Then the psalmist immediately jolts us with, “They soon forgat his works; they waited not for his counsel” (verse 13), and gives a brief summation of the 40 faithless years Israel spent looping through the same desert. (Those years, mind you, were also full of astounding miracles!)

Numbers 21:14-15 read: “… What he did in the Red sea, and in the brooks of Arnon, And at the stream of the brooks that goeth down to the dwelling of Ar, and lieth upon the border of Moab.” This indicates God may have performed a similar miracle at Arnon as He did at the Red Sea (see also Deuteronomy 2:24, 36). He certainly did so at the Jordan: Joshua 3-4 discuss this in detail. Eventually, the area north of Arnon became Israelite territory, as did the “land of Canaan” west of Jordan (see Deuteronomy 3:8-16; Joshua 1:2-4).

What this teaches is this: To every miracle, there are two sides. There is the side where the body of water—or the obstacle—is before you; then there is the other side when the miracle is behind you.

The point is, even when we reach another obstacle, we’re only there because of the miracles that are behind us!

The older Israelites who crossed the Jordan River on dry ground would have been children or teenagers who walked through the Red Sea. Sure, Jordan was overflowing at that time of year, and it was clearly standing in the way of millions of people hauling all their belongings, but the only reason they were even standing in that spot was because God had taken them over dry ground at least once before!

But how easy it is to forget the miracle behind you and only see the obstacle in front. For example, I know God has performed countless, jaw-dropping miracles of healing in my life and for those in my family. And whenever I stand on “this” side of another “river”—another sickness or injury—it’s too easy to ignore the healing behind me and just stare at the body of water in front, wondering if everything will in fact work out this time.

We can override that pull of human nature by remembering.

While the world was in the heart of its unprecedented covid-19 lockdown, our editor in chief Gerald Flurry gave a special address on a special Saturday edition of the Trumpet Daily Radio Show. I was struck by how little he talked about the virus terrifying the world. He talked instead about how God worked miracles through an end-time type of Elijah—that being “central to everything,” he said. And to me, he encapsulated his message when he simply stated: “There are times when we just need to remember.”

If we remember what the living God taught us through the end-time Elijah, that puts everything in perspective. We know what the exact signs are of the Messiah’s coming in power and glory—and even many of the exact events leading up to it. We move forward with that focus!

Once Israel crossed the Jordan, Joshua had one man from each of the 12 tribes take a stone from Jordan’s riverbed and take it with them—big enough that it had to be carried on the shoulder (Joshua 4:3-5). This was so children would ask “in time to come … What mean ye by these stones?” (verse 6).

Once in the Promised Land, Israel wouldn’t need to cross many literal rivers nationally, but God made them take some massive rocks right out of one so they could tell their young people all about it! There they would live, on that side of so many miracles.

Always remember what God has taught us through His Word, His human leaders and—no matter where we stand—the miracles He has performed to get us to this point!