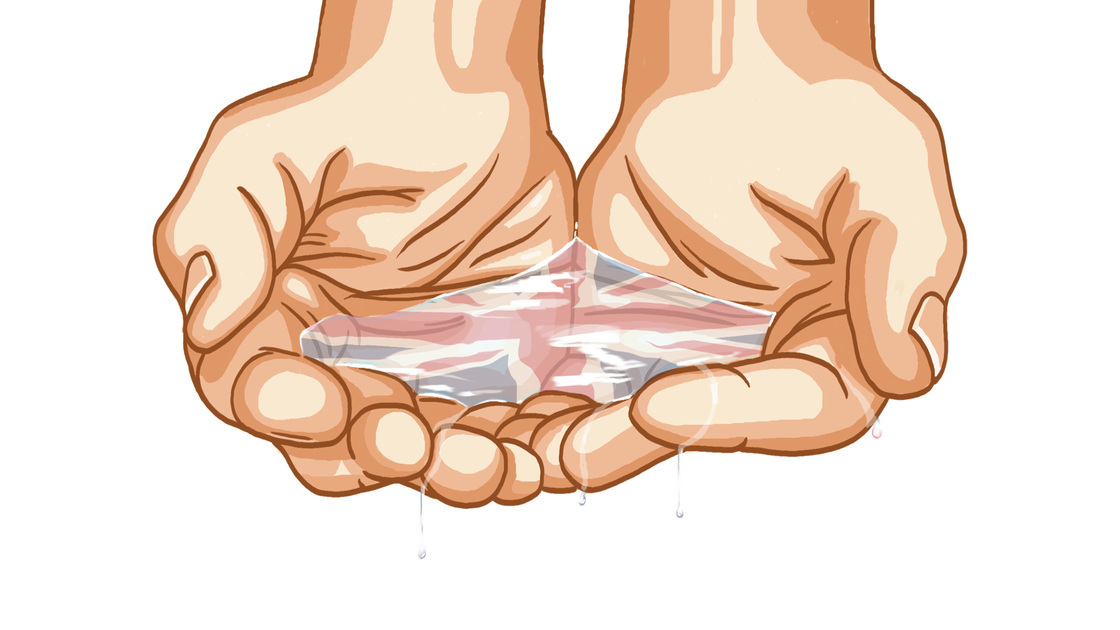 Britain became a superpower partly by its unprecedented control of the waters. I refer, of course, to bathing.

In 2007, I read a passage in America Alone that has stuck with me ever since. The question author Mark Steyn asked was essentially: Why did Britain become a superpower? As a teen in God’s Church, you already know that Britain’s imperial splendor was the fulfillment of promises of national greatness made to the patriarch Abraham, that his descendant Ephraim would become the most expansive, powerful company of nations in history, but have you thought about the mechanisms that God employed to facilitate Britain’s rise?

Here’s the passage: “Why is the world we live in the way it is? Why is this book written in the language of a tiny island off the coast of northern Europe? Why is English the language of global business, of the Internet, of the paramount power of the age and of dozens of other countries from Belize to Botswana, Nigeria to Nauru? Why does Canada share its queen with Papua New Guinea? Why does a quarter of the world’s population belong to the British Commonwealth and enjoy to one degree or another English Common Law and Westminster parliamentary traditions?

“Because in the early 19th century the first nation to conquer infant mortality was England. Hitherto, the British Isles had been like the rest of the world: You had a big bunch of kids and a lot of them died before they could be of economic benefit to you or to society. But by 1820 medical progress and improvements in basic hygiene had so transformed British life that half the population was under the age of 15” (America Alone).

By “medical progress,” he is primarily referring to the implementation of quarantine, which was recorded in the book of Leviticus by Moses. And by “basic hygiene,” he refers to the relatively modern practices of bathing and hand washing.

Historyextra.com points out that “the average life expectancy for ducal [noble] families in England between 1330 and 1479 generally was only 24 years for men and 33 for women.” Yes, bathing and hand washing are life-saving—even empire-saving—activities. You can prove it historically. And the principles in play were written down by Moses.

A little more history first: There is a particularly interesting section of The Seven Laws of Radiant Health that discusses the 14th-century plague called “the black death,” which killed 50 million people—about 60 percent of Europe!

“Modern science now knows that unclean streets, poor sanitation, and filth were great contributors. In the 14th century, cities in Europe were filthy, laden with garbage. Refuse was simply thrown in the gutter in London and Paris.

“The Jewish physician Balavignus lived in those times and saw that miserable sanitation was a major factor in the spread of the disease. He instituted a cleanup movement among the Jews. The rats, consequently, left the Jewish ghettos and moved into the Gentile sectors of the city. As a result, the Jews’ mortality rate from the plague was only 5 percent of what it was among their non-Jewish neighbors!

“The general population soon saw the difference, but instead of emulating the Jewish hygienic measures, the people began to suspect the Jews of causing the plague and poisoning wells—and a general massacre was launched. Balavignus himself, persecuted and tortured, was finally compelled to ‘confess’ that he and others were responsible for the disease” (op.cit.).

Another major factor was that the Jews were already practicing quarantine. Eventually, the black death was eliminated by implementing quarantine and better hygiene practices.

Don’t think this is a purely historical problem though; things can get just as bad today. One of the worst outbreaks of coronavirus was on a cruise ship called the Diamond Princess—more than 700 cases—and the ship was quarantined. The virus was still detectable in those uncleaned rooms a full 17 days after its occupants left! The cleaned rooms had no detectable coronavirus.

In the mid-1800s, doctors would examine patients who died and then examine expectant mothers without washing their hands. The result was that newborn children frequently died with childbed fever within 24 hours of birth—as high as 30 percent in some places. After hand washing with chlorine was implemented by Hungarian physician Ignaz Semmelweis, the death rate at his facilities dropped immediately from 12 percent to 2 percent.

The gold standard for both quarantine and hygiene can be found in the book of Leviticus in the instructions Moses gave about how to deal with leprosy. If you read Leviticus 15:13, you will see that the Bible specifically says to wash under running water. That is because your hands could become re-infected in standing water. You should lather your hands by rubbing them together with the soap: both sides, in between the fingers, and under the nails since microbes can be present on all surfaces of the hand. Scrub your hands for at least 20 seconds. Then rinse your hands under clean, running water and dry your hands using a clean towel.

Of course, we rely on our merciful Father for both healing and protection, but when we do encounter disease, we have two God-given tools that give us a tremendous advantage: proper hygiene and quarantine.