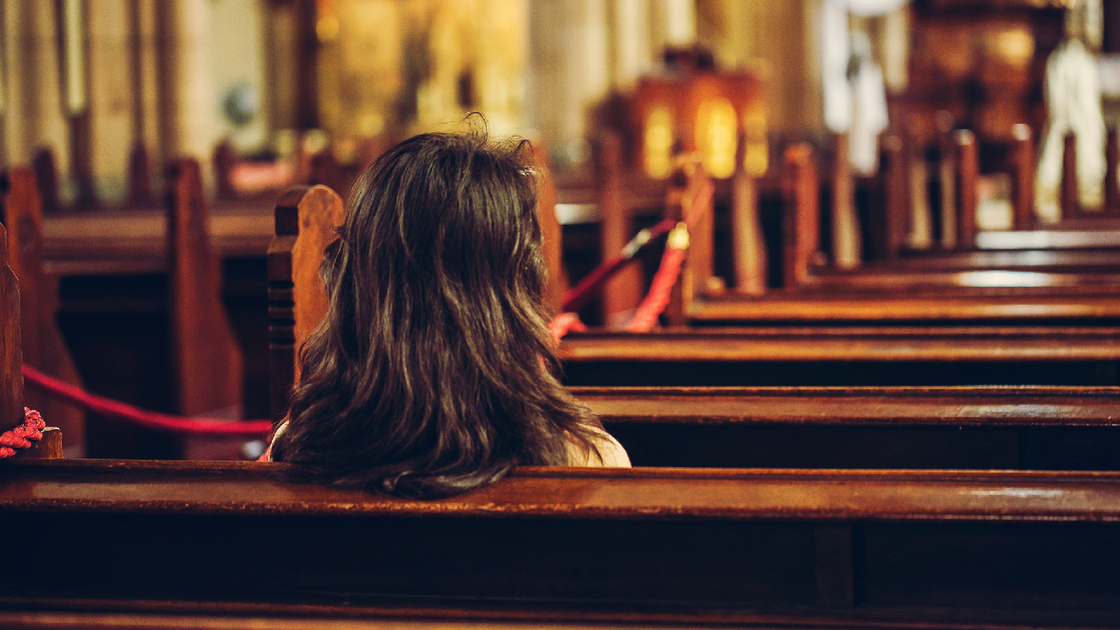 Interest in religion has spiked in the covid-19 crisis, but most churches right now are unable to meet together.

Does it make any difference whether you attend a church? Obviously it isn’t even an option for most people right now, but does it even matter?

Many people say, “I don’t attend church, and I’m as good a Christian as anyone else.” Are you a churchgoer? Should you be?

Jesus promised, “I will build my church” (Matthew 16:18). But what is a church? The word church comes from the Greek ecclesia, which is derived from a root word meaning “to call out.” The Church Jesus built is a group of “called-out ones.”

When you look around, though, you see thousands of different groups, with different beliefs, customs, methods of government, goals, places of worship, and doctrines—myriads of insurmountable differences!

Carefully consider what the Apostle Paul wrote: “There is one body, and one Spirit, even as ye are called in one hope of your calling; One Lord, one faith [or body of doctrine], one baptism, One God and Father of all …” (Ephesians 4:4-6). Throughout the Bible, the Church Jesus Christ founded is described as one united group of called-out ones who belong to Christ.

Yet most people do not accept and believe those statements. They assume many things about what the Church should be, and so are led into a thicket of false claims and error.

Let’s not assume! Jesus Christ said nobody could come to Him unless God the Father called him first (John 6:44). This coincides with the use of the word ecclesia for the Church—a group of called-out ones. Christ never prophesied His Church would become a large, impressive, politically powerful church ruling over the nations in this age. In fact, Jesus promised those in His true Church—far from becoming more respected in the community, having business opportunities enhanced, gaining more friends, or rising in social status—would be hated, persecuted and perhaps even killed because of it (John 15:18-19; 16:2).

No wonder then, that Christ calls His true Church a “little flock”! It is a little Church, a small group of sincere, converted called-out ones who have forsaken this world in repentance. It is a small, rejected body of believers who are doing the Work of God.

Believe it or not, you cannot “join” the Church of God! No one ever has—no one ever will. God must put you into it!

After hearing the true message about the Kingdom of God, many people wrestle with the question of what to do. The same was true when the Jews at Jerusalem heard Peter’s inspired sermon on the day of Pentecost; they asked, “Men and brethren, what shall we do?” (Acts 2:37).

Peter didn’t tell them, “Go join a church!” He said, “Repent, and be baptized every one of you in the name of Jesus Christ for the remission of sins, and ye shall receive the gift of the Holy [Spirit]” (verse 38). When you receive God’s Spirit, you are baptized into—put into—the Body of Christ, which is the Church of God, the group of called-out ones.

God will give His Spirit only to those who are willing to obey Him (Acts 5:32). You can enter God’s true Church by repenting of your disobedience to God’s law, then by being baptized by God’s true servants and thus claiming God’s promise of the gift of His Holy Spirit. That is the only way.

Church attendance by itself does not mean Church membership in God’s sight. Church attendance will not “save” you! It is, where God has made it possible, a means to salvation. God does instruct His true servants not to forsake the assembling of themselves together (Hebrews 10:25). But God forbids you ever to join in with the worship of counterfeit church bodies—no matter how close to the truth they seem (Ephesians 5:11). Only the genuine worship of God in His Church is acceptable to Him.

God’s Church has “little strength” (Revelation 3:8). Though it is a group united in beliefs and unified under God’s government on Earth, it is also scattered. It is not noticed by the world. It is a “little flock.” But that Church has open doors set before it—of television, radio, publishing, the Internet and other means—to carry God’s warning and the gospel of the soon-coming Kingdom of God to the whole world as a last witness.

Should you join a church? No! Because any church you can “join” is not the Church of God!

Prove to yourself where God’s Church is. Prove where the work of that Church is being done. Prove where the ministers of God are faithfully crying aloud and showing people their sins (Isaiah 58:1)—and don’t settle for a counterfeit! Respond to God’s calling. Then, follow Peter’s admonition: Repent, and be baptized, in Christ’s name—into Christ’s one and only Body.

To learn more about this crucial subject, read “How Can You Know Which Church to Attend?”