PCG members: In addition to PCG Signposts, sign-up for the members-only Friday Philadelphian weekly email newsletter! Click here or email news@pcog.org ✖
The Key to Winning Your Next Spiritual Battle
Don’t stop at just one victory!
By Victor Vejil • April 16, 2020 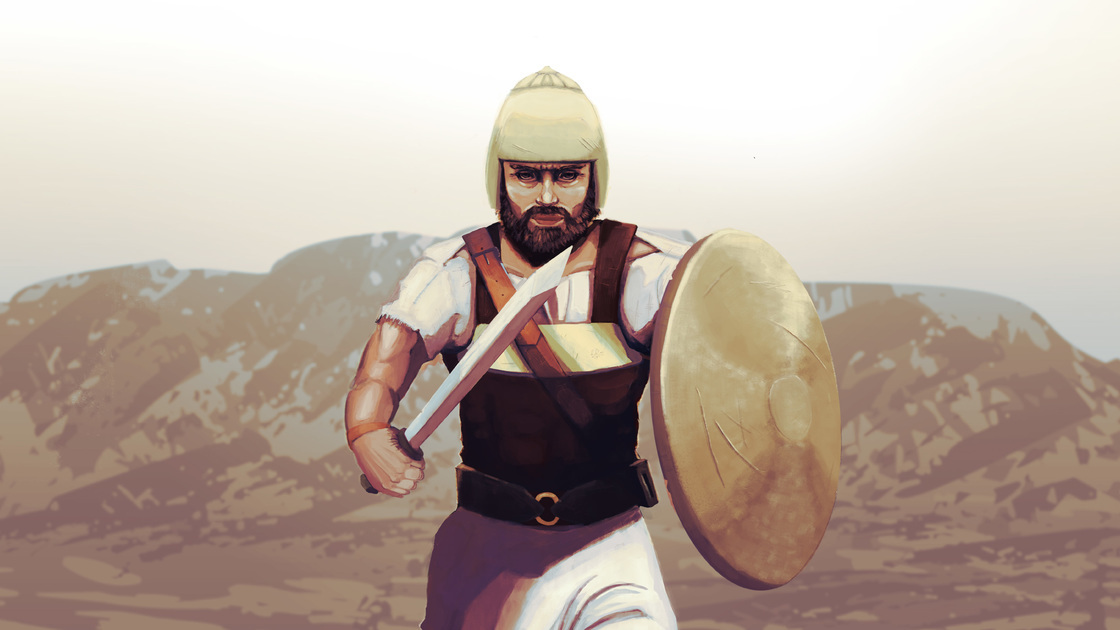 No festival better highlights the spiritual war a Christian fights than the Days of Unleavened Bread. Many of the biblical events in the Old Testament associated with this festival revolve around battle. This reminds us every year of how we must fight to overcome sin (1 Timothy 6:12).

Hopefully leading up to or during the spring holy days, you won a big battle against sin. Maybe you conquered a weakness that has relentlessly plagued you. Perhaps you were reminded of past victories God has given you.

Do you want to win more?

The answer to that question is an absolute yes! Who doesn’t like winning?

From Triumph to Triumph

Matthew 4:1-10 describe a battle between Jesus and Satan. In Mystery of the Ages, Herbert W. Armstrong called it “perhaps … the most important, momentous, decisive confrontation and battle ever fought in all time in the universe.”

Jesus fasted 40 days and 40 nights to prepare. Though weak physically, He was mighty spiritually. He successfully parried three spiritual attacks from the devil in this titanic battle for rulership of Earth. “Jesus now snapped out an order—a command showing that He was master over Satan!” Mr. Armstrong wrote. “‘Get thee hence, Satan!’ He commanded with supreme authority! Satan slunk away defeated” (verse 11).

Though he lost this battle, “Satan did not give up,” Mr. Armstrong continued. “Nor has he given up yet. He battles against God’s Church still today!” This was the most important battle between Jesus and Satan, but it was not the only battle. Jesus had to fight many more. Thankfully, He prevailed in every last one!

Jesus knew how to take advantage of a victory. After His triumph, He proclaimed the gospel of the coming Kingdom of God (Mark 1:12-15). His whole life progressed from one success to another—from triumph to triumph. Even His death was a victory. What’s more, Christ is still winning battles!

This example teaches us an important lesson: Our spiritual war requires that we learn how to take advantage of our successes.

The last day of Unleavened Bread teaches us to completely remove sin from our lives. Winning one battle will not be enough to achieve that. Besides our ongoing personal battles, we fight an adversary who does not give up.

The Apostle Paul wrote, “This charge I commit unto thee, son Timothy, according to the prophecies which went before on thee, that thou by them might war a good warfare” (1 Timothy 1:18). This charge applies to all of us.

To war a good warfare, we must learn how to win battle after battle against sin. Without this ability, we may win a battle but still lose the war.

Napoleon Bonaparte, the accomplished French general and European conqueror, wrote his brother, “Winning is not enough if one doesn’t take advantage of success.”

Andrew Roberts writes in his biography of Napoleon, “A recurring feature of Napoleon’s early campaigns was the follow-up after victory” (emphasis added).In one of those early campaigns, Napoleon won 12 victories in 12 months!

In ancient Israel, Joshua knew how to follow up after a victory. He was tasked with leading the conquest of the Promised Land. Joshua 12 summarizes his conquering campaign: “And these are the kings of the country which Joshua and the children of Israel smote on this side Jordan on the west … In the mountains, and in the valleys, and in the plains, and in the springs, and in the wilderness, and in the south country; the Hittites, the Amorites, and the Canaanites, the Perizzites, the Hivites, and the Jebusites … all the kings thirty and one” (verse 7-8, 24).

In battle after battle, Joshua defeated 31 kings! He had his share of setbacks—and it is important to know how to bounce back from a defeat—but if we are to war a good war, we also need to take advantage of our successes.

Three aspects of our human nature can prevent us from following up after a victory. Recognizing and resisting these tendencies will help us capitalize on our successes.

Psalm 34:8 reads in part, “blessed is the man that trusteth in him.” We are blessed for trusting and relying on God. The first part of this verse reveals that God wants us to put Him to the test, to rely on Him, and see what He will do for us. Jesus Christ gives us the perspective we need: “I can of mine own self do nothing” (John 5:30). We cannot fight a spiritual battle on our own strength. With God, though, we can win any battle. “I can do all things through Christ which strengtheneth me” (Philippians 4:13).

Unless we resist our vanity after a success, Satan will use it to defeat us in the next battle.

Matthew 16 records how God revealed to Peter that Jesus was His Son (verses 16-17). Jesus then told Peter he would be the chief apostle (verses 18-19). This was a big moment in Peter’s life. Sadly, he allowed his vanity to swell!

“Peter immediately became arrogant, and started rebuking Christ (verse 22),” Gerald Flurry writes in How to Be an Overcomer. “Christ said, Get behind me, Satan! (verse 23). How humbling that must have been to Peter—and right after he was exalted. It shows you how Satan is right there waiting to pounce if we give him a chance.”

Fueled by the power of Jesus Christ coming in our flesh—through the Holy Spirit—we are able to resist our human nature after a victory and stay humble. This reliance on God puts us in a position to score yet another triumph.

Remember Why We Fight

Another tendency after winning a major spiritual battle is to relax or become complacent.

In a ministerial conference lecture in January 2019, Mr. Flurry illustrated this point using the example of the Washington Post. After they broke the Watergate scandal, the Post could have mounted a challenge to the New York Times as the top newspaper of record in the country. Instead they relaxed after their success and squandered the opportunity.

Mr. Flurry said we have to take advantage of our successes or we will never become great conquerors. If we can resist the temptation to relax after winning a battle, we won’t miss opportunities to win the next.

Remember why we fight. We fight not merely for our own salvation, but to help God save the whole world. The holy days remind us of God’s awesome master plan to bring salvation to all mankind. This perspective will inspire us to overcome complacency and to look forward to the next battle to be won.

Perhaps nothing can stop us taking advantage of a success more than burnout.

It takes significant spiritual work to win a battle against sin. Drawing close to God and employing the power of the Holy Spirit requires spiritual labor. It may take hours of prayer, Bible study and fasting. It may involve counseling with God’s ministers, correction and intense self-examination. It demands supernatural effort—God living in us—to overcome! This is not easy.

What is easy is to grow fatigued and lose zeal to continue the war. This tendency makes more sense when you understand how the Holy Spirit works.

God’s Spirit is not static. “It is like a current of electricity, only it doesn’t have wires. Electricity comes into a light bulb, for instance, or a machine or a motor on one wire; it goes out on the other,” Mr. Armstrong explained in a 1979 television program. “There is a return circuit—it takes two wires. And it is moving; it is flowing. It isn’t static; it isn’t standing still. And that is the way it is with the Spirit of God. If God gives you His Holy Spirit, it doesn’t stay stagnant within you—it must move, it must flow out from you like rivers of living water.”

John 7:37-38 foretell of a time when the Holy Spirit will be opened to all mankind. The passage describes the Holy Spirit as rivers of living water flowing into and out of the person drinking it. Those in God’s Church don’t have to wait for this; they have access to it now. The more we are drinking in these living waters, the less we will be susceptible to burnout. God’s Spirit is described as flowing out of us when we use it. That means we have to return to the source for more. We must replenish it every day! (2 Corinthians 4:16).

This is a blessing because it forces us to rely on God. If His Spirit were static, we would have one less motivation to develop our relationship with our heavenly Father each day.

Being a good soldier of Jesus Christ requires that we endure hardness (2 Timothy 2:3). But it is impossible to endure hardness in battle after battle if God’s Spirit is not flowing in our lives. This understanding should motivate us to replenish God’s Spirit after a success and be prepared for our next victory.

As you continue your war against sin, learn to take advantage of your successes. Rely on God, remember why we fight, and replenish God’s Spirit after every battle—and God will continue to give you the victory!