My Violin Lesson
God can plan miracles before you even ask for them.
By Ezekiel Malone • April 16, 2020 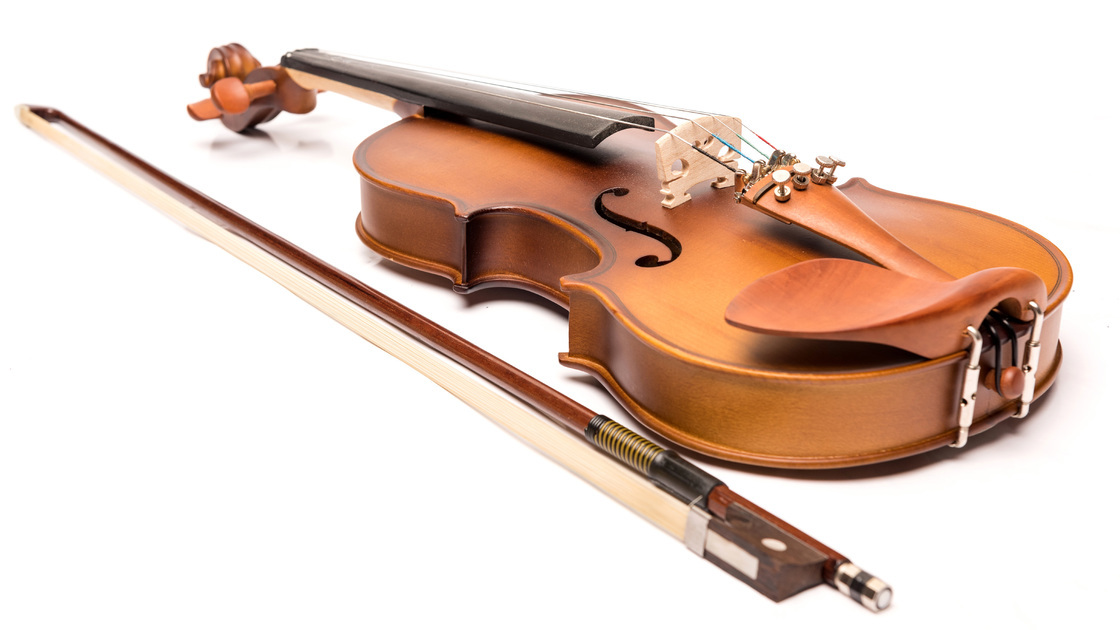 It was weak, dull and ugly—just some of the adjectives my family used to describe my violin. I was given the violin a few years back. The instrument was a family heirloom owned by my great-great-grandmother. It was a fine violin when it was passed down to me, but as time wore on, its value deteriorated. The sound would pop and muffle randomly, one string couldn’t make a good sound, and the instrument had a complete inability to support vibrato. It was obvious: I needed a new violin.

Thankfully, my family and teacher agreed. Sadly, my family’s music money was short because my parents had recently purchased a new viola. “We will wait till next year,” I was told. Elated, but a little sad because of the delay, I thanked God for the soon-to-come violin, but prayed that it would come sooner.

After that, the thoughts of a new violin started to drift away in my mind as something in the distant future. I was starting to get used to the sound of my violin again; I had no idea how much worse my violin was getting. Soon, though, I would be reminded of my need for a new instrument.

The spring recital for the 2018-19 school year had arrived, and I was playing before another violinist. She already had a nice instrument. The order of the program gave the perfect opportunity to resurrect the thought of a new instrument in my family’s minds. It was obvious after the performances that my violin was of a much lower level than hers.

A few days after the recital, my grandmother asked my parents why my violin sounded so scratchy compared to hers, but my viola didn’t. My parents explained that I needed a better-quality violin. After hearing this, my grandmother immediately volunteered to help my parents with the purchase, and my parents told my teacher the next day.

In less than a week, I walked into my teacher’s studio and saw a shiny, golden-brown violin sitting on his couch. In my disbelief (since my parents had only started shopping a little while ago), I thought, It’s probably not for me, and continued to unpack my things. Much to my surprise, my teacher asked me to warm up on the violin. Even while playing the first note, I noticed the large difference between this instrument and the one I had planned to warm up on. I figured he just got the violin quickly, but I soon learned all that had happened behind the scenes.

My teacher had received the violin in February. This shop allows one to try out an instrument or bow for a month at most. It was now late May. He had continually texted the owner, apologizing for holding the instrument so long. I’ll never forget the many times he said, “I don’t know why he let me keep it this long” in that lesson. The owner had no reason to allow such a long tryout. It was a nice violin, and there was someone in Texas who was also looking to buy it.

As I tried out the violin over the next few weeks, my family and I fell more and more in love with it. When compared to my teacher’s six-figure violin, it was more powerful than his.

God took care of the cost too. The value of a violin is partly dependent on who made it. When I first inspected the inside of the instrument to see who made it, all I noticed was a tag that said “A1563”. My teacher said that whoever made it (the luthier) either hadn’t put in a signature or it had rubbed off over time, which significantly decreased the instrument’s cost without decreasing its quality. It became obvious that this was the violin we were to buy.

On June 27, 2019, my family purchased the violin—but there was still one major problem with it though: the color of the chin rest didn’t match the rest of the violin! While the violin was golden-brown, the chin rest was black.

As it turns out, my teacher had many extra chin rests that he was not using, some of which would increase the violin’s power. One was almost the exact color of the violin, and he traded my chin rest for one that that was perfect for my new violin.

I realized a while after all this happened that God had worked most of this out before my family even planned to get me a new violin. I was amazed at all God had done for me. The violin was found a few months in advance, the luthier’s signature had rubbed off a long time before, and there was a perfect chin rest gaining dust on a shelf years before I even graduated to a full-size violin. God can be working out things in one’s life long before they realize it. All that work He put in beforehand is what led to me receiving my new violin—one that is powerful, shiny and beautiful.